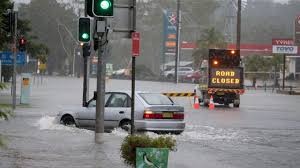 “Damn spill threatens Sydney suburbs amid record-breaking rain: Forecasters say they are concerned for suburbs along the Hawkesbury-Nepean River as Sydney’s Warragamba Dam is predicted to spill later on Saturday afternoon as record-breaking floods wreak havoc along the NSW coast…

““It’s a very significant, record-breaking event with the rainfall that we have seen,” BoM’s Agata Imielska said, adding the rain seen in the Mid North Coast and Hunter regions breaks other March records by 100 [3.9 inches] to 200mm [7.9 inches]. 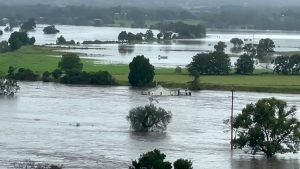 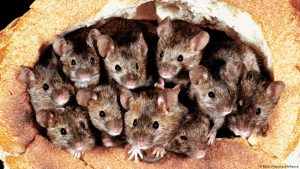 “‘Worst mice plague in decades’ swarms across New South Wales as three hospital patients are bitten: An Australian state has been hit by its worst mice plague “in decades” after a bumper grain harvest.

“Farmers in New South Wales who made hay bales for the winter expect to lose many to the mice… Intensive baiting programmes have so far had little success against the swarm.” 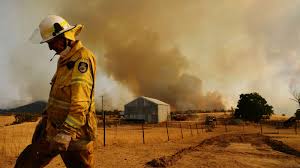 “Australia’s devastating recent wildfires thrust as much smoke into the Earth’s atmosphere as a powerful volcanic eruption, study finds…

“…causing cooling over the region’s oceans with potentially long-lasting impacts, according to the authors of a new study. Dozens of people died in Australia’s 2019-2020 bushfire season, which was one of the worst on record.” 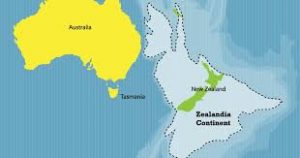 “How wind changes around Zealandia could have far-reaching consequences for global climate: the sunken continent of Zealandia… a critical crossroads between ocean currents and climate… could play a key role in the Earth’s climate, researchers say.

“The researchers believe ‘Zealandia switch’ led to the world warming at the end of the last glaciation, with the Southern Hemisphere westerly wind belt – the strongest wind system on Earth – playing an important role.” 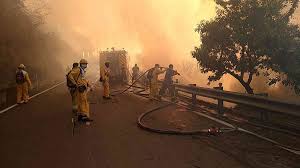 “A section of Provincial Highway No. 18 was temporarily closed to motorists Friday morning as firefighters worked to contain a forest fire in the Alishan area [Taiwan, which is having its worst drought in at least 56 years].

“…the fire broke out in a wooded area near Dabang Village… and has since spread to surrounding areas.” 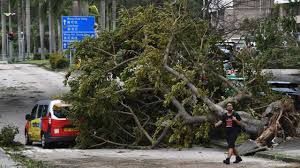 “Hong Kong’s dead and dying trees given a second life [as furniture and art installations].

“HK Timberbank is a Hong Kong social enterprise that turns tree waste into furniture and art installations. Founder Ricci Wong launched the organisation after Typhoon Mangkhut uprooted tens of thousands of trees in the city.” 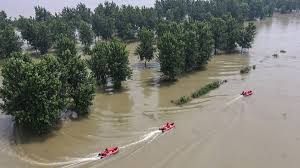 “Since 2015, it has been too wet or too hot in all the wrong places and, in part, explains the 63-mmt swing from a surplus of Chinese corn in 2014 to a deficit in 2020 and the lowest ending stocks in six years.” 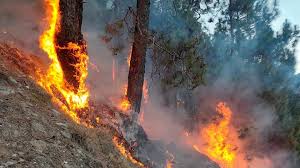 “Leaf blowers and beating branches: the fight to stop India’s forest fires: Thousands of blazes in Similipal national park threaten indigenous peoples and wildlife such as tigers, elephants and orchids…

“For more than a month, Similipal national park and tiger reserve has been burning, causing untold devastation to Asia’s second-largest biosphere reserve.” 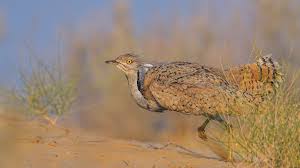 “A Rare Desert Bird [in Pakistan] Will Soon Become Extinct Because of Politics:

“18th March was a historic day in the Arabian Peninsula with 3 countries breaking their national records of highest March temperature: 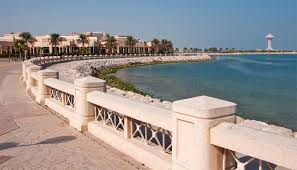 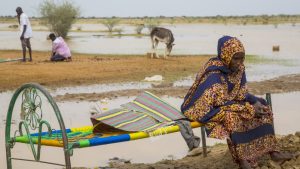 “Two years of torrential rains have left 1.6m people in Jonglei province without crops and with their homes flooded… Unusually heavy rains began last July, and the White Nile burst its banks, destroyed all the crops and encroached on farms and villages, affecting Jonglei and other states, leaving people to scramble for a few strips of dry land.” 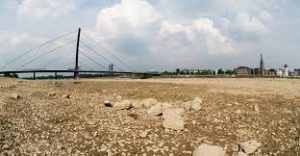 “In the future, droughts could be even more severe than those that struck parts of Germany in 2018…

“…many parts of Germany still haven’t recovered from the past three, extremely dry years; the forests and other vegetation are suffering as a result.” 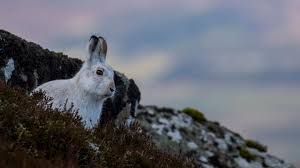 “England’s last mountain hares – which date back to the ice age – could be in danger from climate change, according to an expert who has spent five years studying them.” 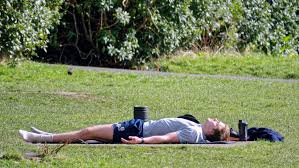 “Scotland to be hotter than Malaga with 18C [64.4F] forecast as heatwave continues…

“Scotland will be hotter than the south of Spain this weekend as our incredible spring heatwave continues. Scorching sun has blazed across the country for the last few days, with Scots basking in unusually high March temperatures.”

“Residents of the East Fjords [Iceland] got a glimpse of summer yesterday, when the temperature soared to roughly 20°C (68°F) – which by Icelandic standards is considered hot, even in July…

“…also a heat record for the month was set in the upper atmosphere yesterday at an altitude of three and five kilometers above Keflavík International Airport.” 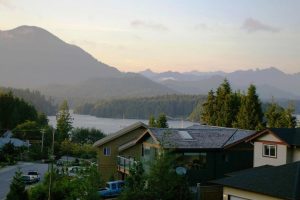 “In Canada, sometimes March plays tricks and gives us a fools’ spring. But on Mar. 18 and 19, 2019, Mother Nature played a trick on British Columbia with some fools’ summer.

“On those two days, B.C. experienced 74 record-breaking temperatures. This is particularly peculiar because B.C. had an unusually warm January and a brutally cold February, and then there was March.” 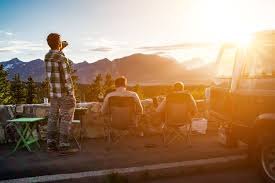 “Data from Environment Canada shows that record-high temperatures were set across the province [Alberta] on Thursday, reaching over 18°C [64.4F] in several areas.

“There were 19 different communities that experience record-breaking temperatures, with Taber seeing the warmest high at 19.3°C [66.7F].” 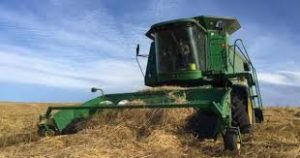 …it’s not just farmers who should be worried about this dry spell. “There’s huge fire risks … people’s water supplies can be at risk, especially people who are on wells, because it’s amazing — you get a few dry years in a row, your wells can start drying up,” said Alberta farmer Stephen Vandervalk.” 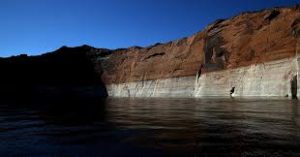 “Nearly half of the continental U.S. is in a moderate to exceptional drought, government forecasters said Thursday, and conditions are expected to grow more severe and persistent over the next three months…

“The drought stretches from the Pacific Coast to the Great Plains and upper Midwest. The worst hit area is the Southwest, which experienced a La Nina and a failed summer monsoon in 2020.” 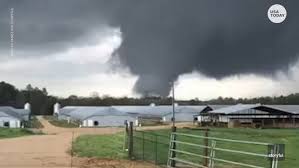 “Severe storms are expected and tornadoes are possible in parts of the Southeast and the mid-Atlantic on Thursday, a day after storms and twisters brought down homes and trees in parts of the Deep South…

“At least 24 preliminary reports of tornadoes across five states were tracked Wednesday, according to the National Weather Service Storm Prediction Center.” 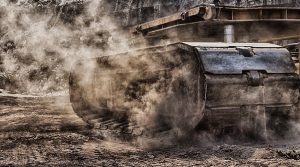 “Methane leaks from planned coal mines around the world could have a bigger climate impact than carbon emissions from U.S. coal plants, a research group said on Thursday, detailing what it said was an overlooked source of planet-warming emissions.” 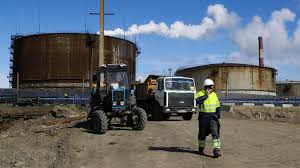 “Russian scientists have prevented a repeat of last year’s oil spill disaster near the Arctic city of Norilsk using satellite data… Geologists from the Siberian Branch of the RAS said their study of satellite data gathered immediately after the spill predicted the imminent collapse of another fuel tank.

“The scientists’ model showed that the tank exhibited similar signs of failure to Thermal Power Plant No. 3, which began sinking in August-September 2019 at a rate of 30-35 millimeters per year before ultimately being breached in May 2020.” 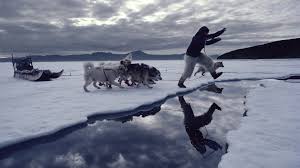 “The Arctic is melting, making it dangerous to take snowmobiles on the “ice highways” Inuits use to get around. A new sled-based ice-measuring system helps make travel safer.”

“Around 125,000 years ago parts of the Arctic were covered with vegetation and shrubs. As climate change warms the region, scientists say it could become green once again.

“Researcher, Sarah Crump and her colleagues point out that as the weather warms in spring and autumn, the shrubs can poke up above the snow turning the region dark green instead of white. This means the Earth’s surface would absorb more heat from the sun, speeding up the warming of the Arctic. 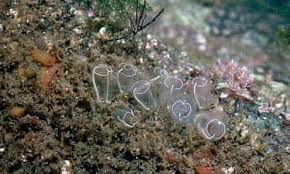 “How Climate Change Is Affecting Sea Squirts In Antarctica…

“Murkier waters [with sediment] make it more difficult for phytoplankton, sea squirts’ main food source, to grow as they rely on light for energy. Sea squirts face a double threat then: their food supply is affected and their gills become clogged.” 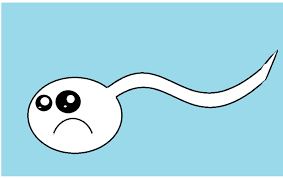 “Plummeting sperm counts, shrinking penises: toxic chemicals threaten humanity… The chemicals to blame for our reproductive crisis are found everywhere and in everything…

“The end of humankind? It may be coming sooner than we think, thanks to hormone-disrupting chemicals that are decimating fertility at an alarming rate around the globe.” 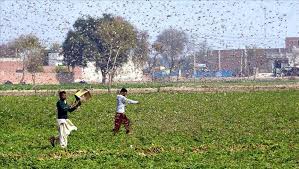 ““The annual occurrences of extreme events has tripled since the 1970s and “their economic impact is relentlessly increasing”, the UN Food and Agriculture Organization said in a report.”