“The world went on a debt binge last year. There could be a nasty hangover: Desperate to save their economies from complete collapse, governments borrowed unprecedented amounts of money on the cheap to support workers and businesses during the pandemic.

“[One] factor pushing yields higher, many analysts and traders say: the sheer volume of Treasuries now flooding the markets.” 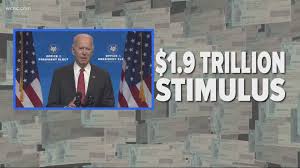 “US President Joe Biden’s US$1.9 trillion coronavirus rescue plan has raised the alert level in China, with government officials and advisers openly expressing fear that the massive injection of money into the global market could inflate asset bubbles, cause further financial market turmoil and lead to higher inflation.” 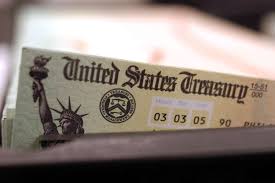 “Chinese government bonds have defied the turbulence rocking peers from Australia to Europe, offering a port in the global reflation storm.” 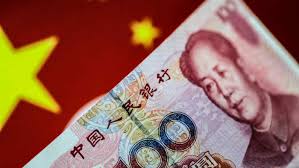 “China’s’ 2,000 local government financing vehicles (LGFVs)… have more than 3 trillion yuan due onshore this year… part of a record 10.4 trillion yuan of outstanding bonds after a decade of splurging on assets.” 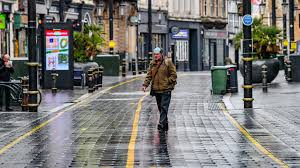 “The UK economy rediscovered a reverse gear in January as renewed coronavirus lockdowns and Brexit hit activity, according to official figures.

“The initial estimate [was] of a 2.9% contraction in gross domestic product (GDP) compared with the previous month.” 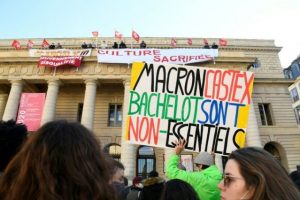 “French protesters had occupied three of the country’s four national theatres on Wednesday to demand an end to the closure of cultural venues imposed due to the pandemic as frustration grows with the months-long halt to performances.

“Theatres, cinemas, museums and other cultural spaces have been shut since France’s last full lockdown in October…”

“The divisions within Spain’s struggling centre-right broke wide open on Wednesday, with the collapse of two of the country’s regional governments because of infighting between conservative and liberal coalition partners.” 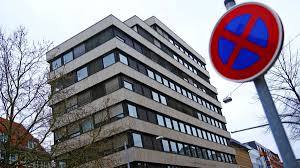 “The looming collapse of Greensill Bank has sent shockwaves through German municipalities, which held up to €500m with the lender that was not subject to ECB-imposed negative interest rates — but also not covered by deposit insurance.” 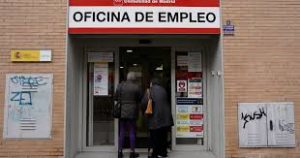 “The first wave of the COVID-19 pandemic wiped out some six million jobs in the European Union, according to a study released on Thursday, with temporary contractors, young and female workers at times hit harder than in the 2008-09 financial crisis…

“Young people aged up to 29 account for over 33% of the total number of unemployed in Russia, Minister of Labor and Social Protection Anton Kotyakov said…” 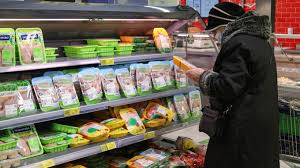 “Food prices are rising fast in Russia and the government has rolled out temporary price caps, but discontent is simmering.” 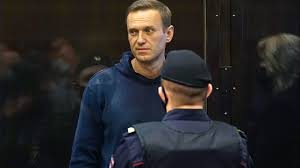 “For Russians who oppose Putin, Navalny’s imprisonment represents a bellwether moment that they have long expected and feared.

“As part of a forceful, sweeping effort to tighten political freedoms, it signposts a new era for a regime now extending into its third decade.

“After 20 years in which Putin’s rule was propped up first by economic prosperity and then by pugnacious patriotism, his government has now pivoted to repression as the central tool of retaining power.” 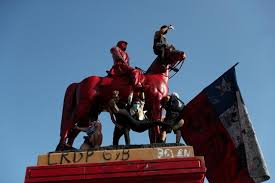 “Bloodied and burned, Chile statue caught in battle between protesters and police: General Manuel Baquedano Gonzalez, a 19th century hero of Chile’s War of the Pacific, is caught in a new battle: his statue… has become a lightning rod for anger at the establishment…

“It has been drenched in paint, repainted custard yellow by the authorities, daubed in graffiti, bashed with sledgehammers and set alight during protests that started in October 2019 over the high cost of living in Chile and inequality.” 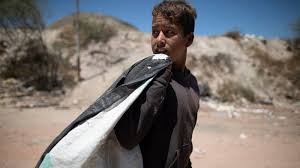 “For some children in Venezuela, garbage is the main source of their livelihood…

“But their work has never been so challenging: The nation’s acute economic crisis coupled with stay-at-home orders prompted by the coronavirus pandemic have reduced trash output, making valuable findings rare.” 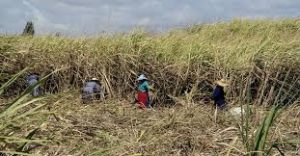 “Hopes in Cuba that sugar exports would soften an economic slowdown and plug an exchangeable currency gap appear in vain, with state media reports of output at least 200,000 metric tons short of forecasts for the end of February.

“The harvest has been plagued by a dearth of fuel and spare parts for mills and machinery, cane shortages and low yields [the drought not mentioned but surely a factor] and a COVID-19 outbreak in at least one of 38 active mills.”

“‘People are hungry’: 400,000 Jamaicans food insecure… the Jamaican economy has been on the verge of recession prior to the country confirming its first case of the coronavirus on March 10 last year.” 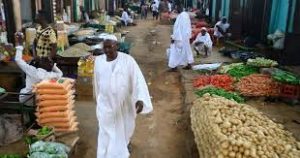 “Sudan’s annual inflation jumped to 330.78% in February from 304.33% in January, hitting the highest level in decades, as food and drink prices continue to rise, the Central Bureau of Statistics said on Thursday.

“It remained above the 300% benchmark for the second consecutive month.”

“Clashes between rival militias broke out again in the Libyan capital Tripoli soon after parliament granted the interim government its vote of confidence.

“The fighting took place between militias loyal to the outgoing Government of National Accord (GNA).” 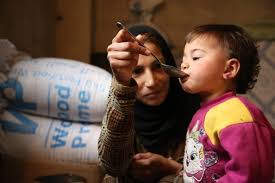 “After a decade of upheaval, conflict and displacement, Syrians are facing the worst humanitarian conditions since the start of the crisis, with millions of people sliding into hunger in the last year alone…

“Syrians are facing multiple shocks, including the collapse of the Syrian pound.” 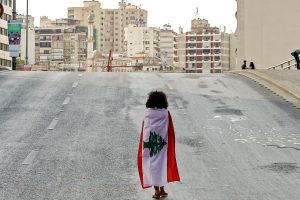 “France says Lebanon ‘running out of time before total collapse’: …Lebanon is mired in protests and an economic crisis, which has brought surging unemployment and spiralling prices while the currency has plunged to lows to the dollar on the black market.

“French officials have repeatedly voiced their exasperation at what they see as Lebanese politicians failing to put the interests of the country before their own.” 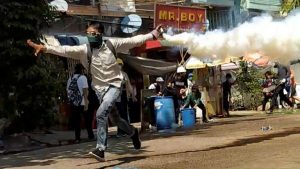 ““The situation is critical,” Maersk Myanmar told customers, “the ongoing unrest is becoming a disaster.”“ 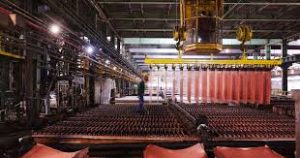 “Oil prices are surging: Here’s why not everyone is cheering… there are always two sides to a trade. Some countries that depend on imports are feeling the squeeze in bond and currency markets. 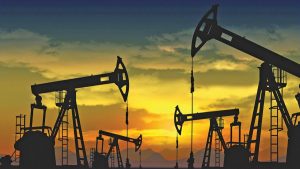 “Each shock also coincided with a severe business cycle downturn…

“Inflation Fears Will Settle, But Only If Growth Continues [which is unfortunate as we are bumping up hard against multiple *limits to growth*]:

“The biggest threat to financial normalization may be swelling government debt and the money printing that is helping monetize it… the main metric to monitor going forward is not the size of the debt, but the adequacy of the tax base to service it. If that materially erodes, then inflation could erupt.” 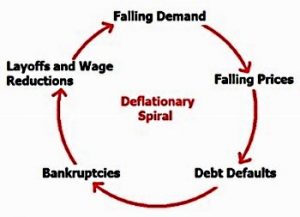 [FWIW I tend to avoid the inflation/deflation/stagflation debate as it is horribly complicated and confusing. What we are facing is an aggregate weakening of purchasing power as the limits to growth continue trying to express themselves through the financial system. This may look like inflation, deflation or stagflation, varying from nation to nation, sector to sector and even product to product. Ultimately this will become an implosion of purchasing power as our debt-bubbles start bursting – in other words, a deflationary death spiral.]