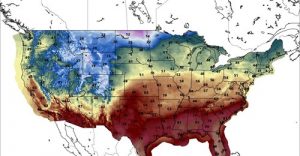 “Phenomenal temperature swing brings taste of spring to central us: Last week began with a historic Arctic outbreak that brought the most frigid air in decades, overwhelming Texas’s power grid and plastering the South with snow and ice. As this week ends, most of the Lower 48 has seen a surge of warmth and, suddenly, spring is in the air.

““A phenomenal weather shift,” is how Tom Skilling, chief meteorologist for Chicago’s WGN television affiliate, described it, detailing “stunning” temperature swings of up to 90 degrees and snow melting “at an incredibly fast rate.”” 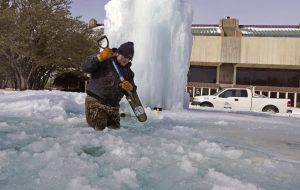 “Winter storm could cost Texas more money than any disaster in state history:

“The winter storm that left dozens of Texans dead, millions without power and nearly 15 million with water issues could be the costliest disaster in state history, potentially exceeding the $125 billion in damage from Hurricane Harvey.” 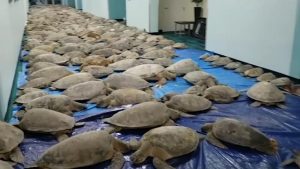 “Texas’ record cold may have long-term effects for coastal wildlife and fisheries:

“As we restore power and water, as food and fuel deliveries normalize and temperatures warm the full extent of damage — especially long-term damage — will become evident. We will also become aware of the environmental impacts of this record-breaking cold.” 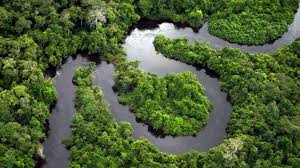 “Parts of Brazil’s Amazon rainforest are being illegally sold on Facebook, the BBC has discovered. The protected areas include national forests and land reserved for indigenous peoples.

“Some of the plots listed via Facebook’s classified ads service are as large as 1,000 football pitches.” 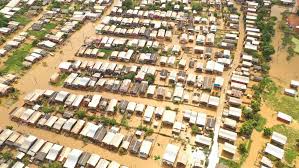 “More than 120,000 people have been displaced by flooding that has inundated several cities in the Amazon rainforest, and more rain is expected.

“The state of Acre, in northwest Brazil, on the border with Peru, declared a state of disaster in 10 cities after rivers overflowed their banks…” 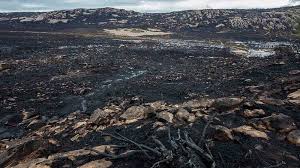 “Scientists studying Australia and Antarctica have sounded the alarm on collapsing ecosystems, saying urgent action is needed to avert “catastrophic biodiversity losses” in places like the Great Barrier Reef and Victorian ash forests. 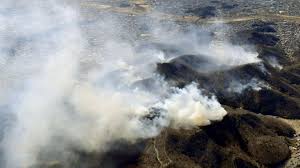 “A forest fire continued to spread for the fifth day on Thursday in Ashikaga, Tochigi Prefecture, eastern Japan.

“Self-Defense Forces personnel and firefighters worked tirelessly to extinguish the fire. But the blaze will not likely be put out anytime soon.” 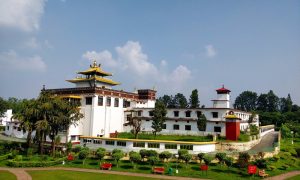 “The maximum temperature in Dehradun was 31.8 degrees Celsius on Friday, almost eight notches above normal and the highest ever on a day in February in recorded history.”

“New national monthly record of highest reliable temperature ever recorded in February in Pakistan today 26 February with 38.3C at Nawabshah…” 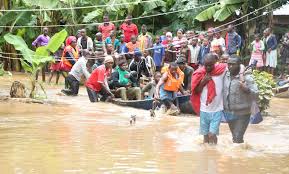 “At least 300 households in Tanzania’s northwestern municipality of Bukoba in Kagera region have been made homeless after their houses were submerged by flash floods caused by ongoing rains, an official said on Friday…

““The floods have not only submerged the houses, but they have also damaged infrastructure, including roads and bridges within the Bukoba municipality,” said Richard Gasper, a ward councilor for Miembeni ward.”” 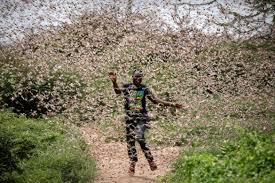 “Huge swarms of desert locusts, believed to be triggered by the changing weather patterns, have been destroying crops across swathes of eastern and northern Africa in the past year. Last year, Kenya saw the worst outbreak of desert locusts in history.” 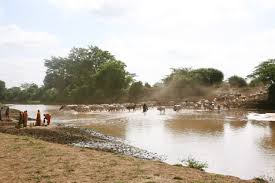 “Activities such as charcoal burning, overgrazing, and developments that do not factor in the conservation agenda coupled with climate change… are part of the challenges facing the delta.” 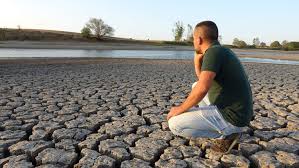 “Throughout the past year, Turkey has suffered an intense drought. In 2020, important agricultural regions of the country received just 30 millimeters of precipitation, as opposed to 80 millimeters in 2019.

“Joe Willey of SAT-7 USA says, “Recent rain and snow have caused a slight rise in Istanbul’s reservoirs, but it’s still a dangerous situation. Experts in the region say if there isn’t adequate rainfall in the next two to two and a half months, there will be water shortages in the summer.”” 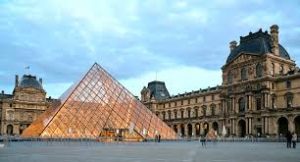 “The Louvre moves its treasures as climate change brings more floods to Paris:

““The current floods show once again how necessary it is to protect our art works from flooding,” said Jean-Luc Martinez, Director of the Louvre, which owns about 620,000 artworks, only 35,000 of which are on display in the Parisian former palace.”

“Hungary’s temperature rose to a record high on February 26. The mercury hit 22.4 C. in Kiskunfelegyhaza, southern Hungary, on Friday…”

“A record 20 degrees were measured in Budapest’s fourth district, replacing the Budapest record of 18.9 degrees registered in the 11th district.” 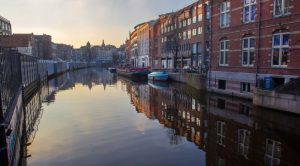 “Wednesday marked the fourth consecutive day-heat record broken at the national weather station in De Bilt, Netherlands when temperatures climbed to 16.9 degrees [62.4F] at 12:30 p.m. And with that, two more records were broken.

“This is the first ever winter with five days of maximums above 15 degrees [59F] in the Netherlands.” 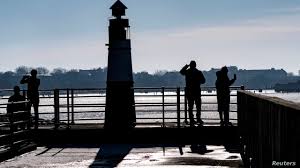 “Record temperatures were also reported Thursday in Poland and Slovakia.” 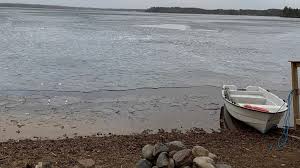 “Four people were killed when they fell through the ice on a lake in southern Sweden on Thursday, police said, as the country experiences a spell of unseasonably mild weather.

“Four men aged between 65 and 75 were found in a hole in the ice on Savsjo lake, south of the town of Jonkoping, and could not be resuscitated…” 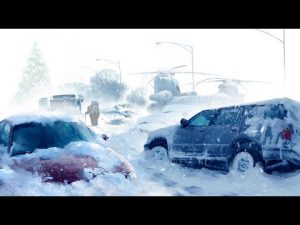 “Record Snowfall Blankets Russia: A ‘snowpocalypse’ has engulfed Russia in recent days, with various regions and cities struggling to deal with the freak weather.

“In Chelyabinsk, a record-breaking blizzard left 30,000 people without electricity and over 10 districts declared a state of emergency.” 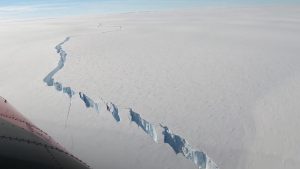 “An iceberg the size of Bedfordshire has broken off from Antarctica, near to a British Antarctic Survey (BAS) station. 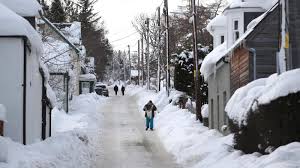 “The Gulf Stream that helps warm the UK and northwest Europe is at its weakest in over 1,000 years and could lead to more “extreme and intense” winters, according to researchers.

“They say the slowdown observed in the 20th century is “unprecedented” and likely connected to climate change.” 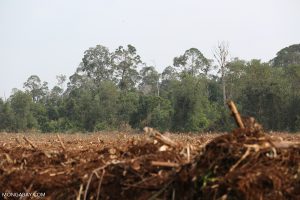 “…as a changing climate modifies forested ecosystems, there is no guarantee that forests will function as sinks in the future.” 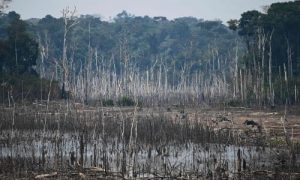 “More fierce and frequent fires are reducing forest density and tree size and may damage forests’ ability to capture carbon in the future, according to a global study.

“Although forest fires are naturally occurring phenomena and natural forests regenerate, global heating and human activity have caused the frequency and intensity of fires to rise…” 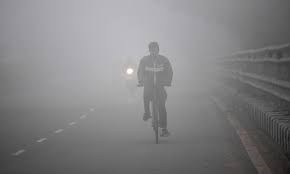 “Plastic waste in our oceans is now a well-known issue but new data shows that plastic is adding to air pollution in Indian cities too.

“For several years scientists were puzzled why Delhi was more susceptible to thick smogs than other polluted cities such as Beijing. New research links this to tiny chloride particles in the air that help water droplets to form.” 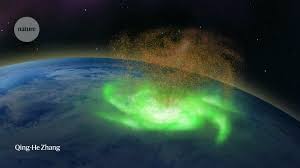 “Satellite observations have revealed an unprecedented ‘space hurricane’ in Earth’s upper atmosphere, hinting that such events could occur on other planetary bodies.

“Scientists have previously documented hurricanes in the lower atmospheres of Mars, Jupiter and Saturn.”