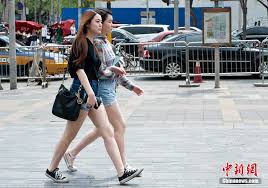 “It’s only February, but it feels like May in Beijing. Temperatures some 40 degrees above normal brought historically warm winter weather to China, Japan and other parts of Asia over the weekend.

“Beijing’s temperature shot up to 78 degrees Sunday, its highest temperature ever observed between December and February by 10 degrees.

““Record pulverized,” wrote Maximiliano Herrera, a climate historian known for meticulously keeping track of temperature extremes across the world. He noted that Sunday’s reading surpassed previous marks for warm weather in each of the three core winter months. The December record stands at 57.7 degrees, with 58.4 degrees the record for January.” 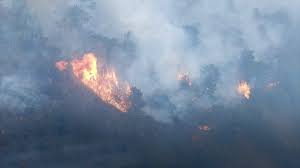 “A forest fire broke out in Zuoquan County at the intersection of north China’s Shanxi and Hebei provinces on Saturday afternoon. Officials of Zuoquan County, in Shanxi Province, deployed over 1,600 firefighters.” 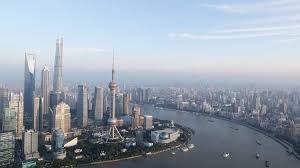 “Unusually high temperatures on Monday forced Shanghai residents to put on T-shirts four months before the arrival of summer, albeit temporarily. 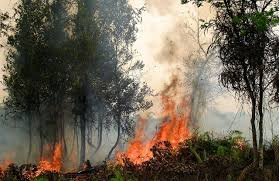 “Indonesian President Joko Widodo said on Monday local authorities should get prepared for potential forest fires later this year as hot spots had been detected on the island of Sumatra.

“The Southeast Asian country has suffered some of the biggest tropical forest fires outside the Amazon and Congo in recent years, putting at risk endangered animals like orangutans and tigers and sending choking haze across the region.” 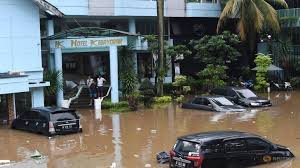 “Five people were killed in the severe floods that submerged entire neighborhoods in Jakarta, authorities said Sunday, as residents returned to clean their homes and salvage belongings.

“The city was struck by torrential rains over the weekend, which flooded dozens of major roads and forced hundreds of people to rush to emergency shelters.” 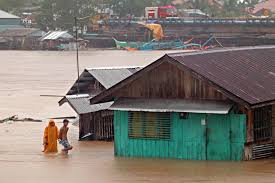 “Two regions were hit by the storm, including the country’s nickel mining hub of Caraga…” 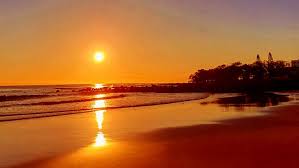 “Temperature records have been broken in parts of the Wide Bay [Queensland, Australia] as heatwave conditions continue to affect the region.

“The hottest February day on record has been observed in Bundaberg… The mercury rose to 38.5 degrees [101.3F] at the Bundaberg airport…” 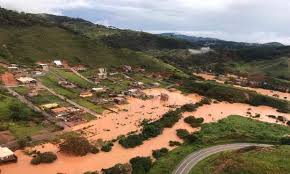 “There are already five deaths in Santa Maria de Itabira (MG, Brazil) due to the rains.

“At dawn, the bodies of a man and two of his daughters were found. Intense rains hit the city at dawn and the lower part of the city was flooded by the Tanque River.” 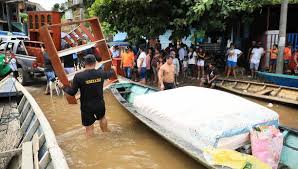 “The Peruvian government declared a state of emergency for a period of 60 days in the Madre de Dios region after serious floods that until Monday had caused damage to infrastructure and forced 15,000 people to abandon their homes.

“The head of the ministry, Gabriel Quijandría, said that the army would bring humanitarian aid to the area…” 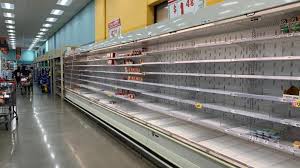 “Texas is still reeling from devastating winter storms and for some, recovery could take months:

“While state officials work to turn the lights back on for the remaining Texas households still in the dark and address widespread water disruptions, some residents are faced with damage that could take weeks — or months — to recover from.” 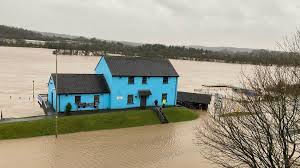 “People in parts of Wales were evacuated on Saturday after a month’s worth of rain fell in 24 hours, leading to fears of flooding that threatens homes and businesses.

“There are currently 15 flood warnings and 22 flood alerts in place in Wales, as published by Natural Resources Wales (NRW), though even more had been in place on Saturday that have now been lifted.” 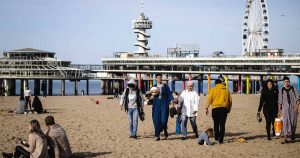 “A temperature of 15 degrees was measured at the official weather station in De Bilt [Netherlands] on Sunday at 12.40 pm, which is a new record, according to Weerplaza. Since the measurements began in 1901, it has never been this warm on February 21.

“”We are dealing with an exceptionally early period of spring weather,” says Weerplaza. On Saturday, a temperature of 15.9 degrees [60.6F] was already reached in De Bilt. In some places in Noord-Brabant, temperatures of almost 18 degrees [64.4F] Celsius were reached.” 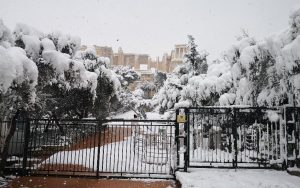 “From one extreme to another, the temperatures across Europe have been on a rollercoaster journey this winter.

“Greece or Spain have experienced some of the heaviest snowfall in several decades, temperatures have been exceptionally mild for the season in western Europe and there’s been freezing cold in the east. So, why has there been such extremes in the weather?” 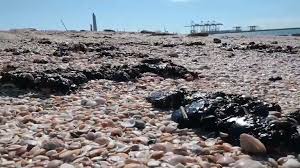 “Israel has been forced to close all of its Mediterranean beaches after an offshore oil spill resulted in tar hitting 100 miles of coastline.

“Officials are calling the incident one of the country’s worst ecological disasters.” 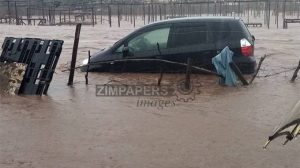 “Cars were submerged in the sudden flooding while roads and buildings were severely damaged.” [Video]. 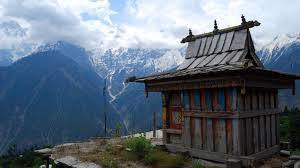 “Kalpa—the picturesque tourist resort with the snow-laden Himalayas as its backdrop—recorded its warmest February in 28 years. The met officials blame the high temperatures due to lack of precipitation.

“Manmohan Singh, Director of the regional meteorological department, told IANS that the highest temperature of the town was 19°C on Sunday [66.2F], which was 14°C above the average.” 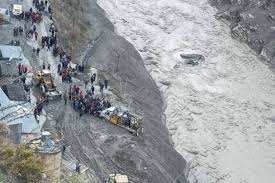 “Uttarakhand flash floods: 136 missing after disaster to be declared dead.

“Of the 206 people missing in the Chamoli disaster, search and rescue workers have recovered 70 bodies and 29 human organs from the debris so far.” 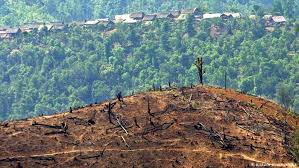 “Myanmar’s military coup and a potential ramp up in trade boycotts by foreign governments and business could fuel the risk of deforestation in the Asian nation, which is likely to turn to investors lacking environmental standards, green groups warned. 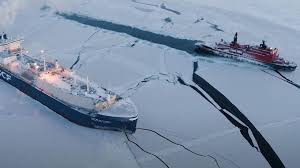 “A tanker sailed through Arctic sea ice in February for the first time, the latest sign of how quickly the pace of climate change is accelerating in the Earth’s northernmost regions.

“The Christophe de Margerie was accompanied by the nuclear-powered 50 Let Pobedy icebreaker as it sailed back to Russia this month after carrying liquified natural gas to China through the Northern Sea Route in January. Both trips broke navigation records.” 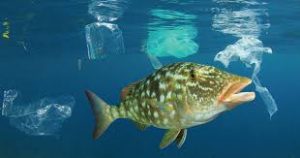 “Freshwater fish are under threat, with as many as a third of global populations in danger of extinction, according to an assessment.

“Populations of migratory freshwater fish have plummeted by 76% since 1970, and large fish – those weighing more than 30kg – have been all but wiped out in most rivers. The global population of megafish down by 94%, and 16 freshwater fish species were declared extinct last year.”