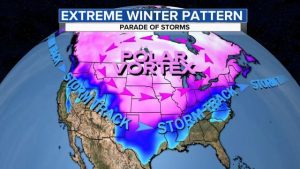 “A siege of winter storms and bitter cold over the past few weeks smashed thousands of temperature records from the Canadian border to South Texas and delivered multiple rounds of snow and ice to the West, South, Midwest and Northeast…

“Over 6,000 cold records were tied or set, including some all-time records. Nine separate winter storms have hammered the nation since late January.”

[My sympathies to those of you who have been living this]. 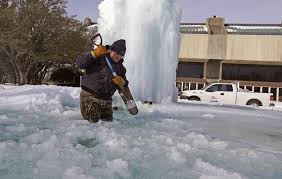 “Joe Biden said on Friday he was ready to declare a major disaster in Texas after a deadly winter storm cut power and disrupted water supplies for millions across the state.

“Biden said the declaration, which follows a request from the Texas governor, Greg Abbott, would open up broader federal aid for immediate and long-term recovery efforts.” 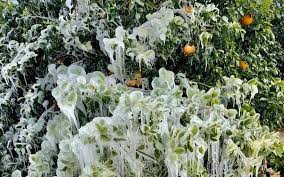 “Farmers and ranchers in the south continue to assess the damage following the record-setting and deadly Arctic blast. Texas state agricultural officials say the cost of this storm will be in the hundreds of millions of dollars.

“”Just our citrus industry, their loss of just the fruit, not including damage to trees, is over $300 million and it will put a lot of our citrus growers out of business,” said Sid Miller, commissioner of agriculture in Texas.” 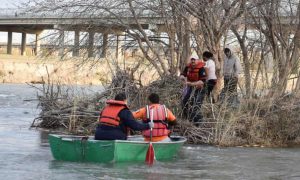 “An eight-year-old Honduran boy has become the latest victim in a string of drownings on the US-Mexico border as migrants attempt to cross the Rio Grande in treacherous winter conditions.

“The child, who has not been named, drowned on Wednesday while attempting to cross the freezing river with his family amid unprecedented Arctic conditions in the borderlands…” 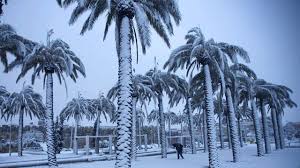 “The border city of Acuña, in Coahuila [Mexico], is buried this Thursday, February 18, under an extensive white blanket.”

[Subsequent to this article, 9 inches of snow has been recorded in Acuña, beating the all-time snowfall record set on 12 January 1985.] 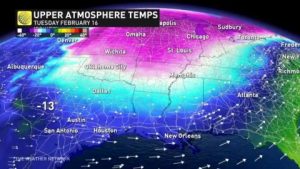 “Steven DiMarco, a professor of oceanography at Texas A&M who heads the Texas Automated Buoy System (TABS), said that buoys located near Galveston recorded a temperature of 52.5 degrees while another near Corpus Christi reported a temperature of 50 degrees.” 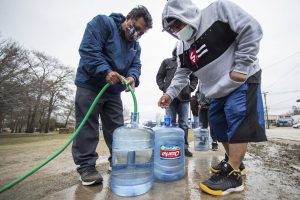 “Almost all of Jackson, Mississippi, a city of around 150,000 people, is now without water, Mayor Chokwe Antar Lumumba said.

“Lumumba said public works crews are working to pump as much water as they can to refill the city’s tanks. The city is approaching a critical shortage in chemicals used to treat the city’s water, the mayor said.” 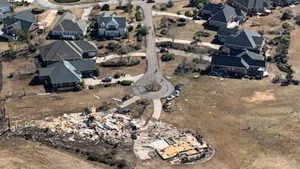 ““It developed so fast,” Conrow told the governor. “I mean, it just was really nothing and just exploded. Within four minutes, we had a tornado on the ground…” 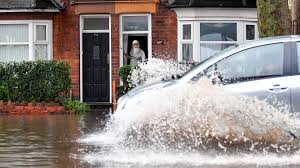 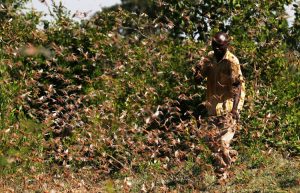 “A new wave of the desert locust invasion currently destroying crops and pastures in northern Kenya threatens to spiral out of control, having spread to more than 15 counties in the country.

“The swarms of locusts now threaten the livelihoods of millions of people in Kenya as the conflicts in Yemen, Somalia and northern Ethiopia make it difficult for FAO to control the breeding and movement of the pests at the source.” 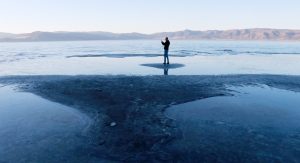 “With its pristine, white shores and turquoise-colored waters, Lake Salda has gained popularity in recent years.

“But this body of water in western Turkey’s Burdur province may join other famous lakes that are drying up.” 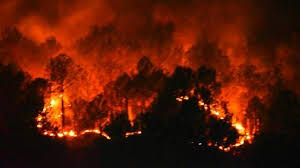 “As forest fires continue to rage in Uttarakh hills [India], bird and butterfly watchers say that they are witnessing a significant drop in their populations.“ 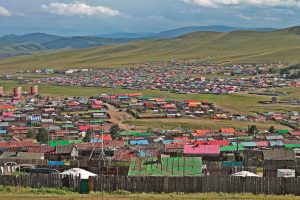 “After Uzbekistan yesterday [32c / 90F in Karshi], Mongolia sets a new monthly national record today, Saturday, with 15.4°C / 60F in Tsetserleg. Tomorrow it may be beaten again. Previous record: 14.7°C in Dalanzadgad in 1992. 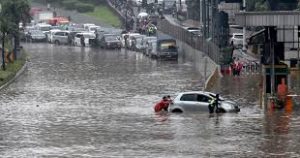 “Rescue operations are under way in Indonesia’s capital Jakarta amid severe flooding across several areas which have forced more than 1,000 people to flee their homes.

“Some 1,380 Jakarta residents were evacuated on Saturday from southern and eastern areas of the city, home to 10 million people, after floodwaters level rose to 1.8 metres in some neighbourhoods…” 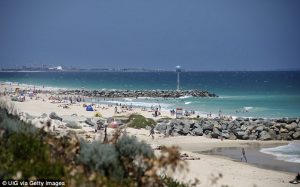 “Western Australia’s vast coastline is bearing the brunt of the La Nina weather pattern, with unusually high water temperatures bringing species of marine life — including whale sharks — to areas they have rarely been seen before and prompting concerns for coral bleaching…

“After plentiful January rainfall that saved Argentine corn and soybeans from potential disaster, this month is on pace to be the country’s second-driest February in more than three decades, once again raising harvest concerns… Total rainfall this month will likely be just half of what is normal. February 2018 was the driest in at least 30 years, some 75% below the five previous years.” 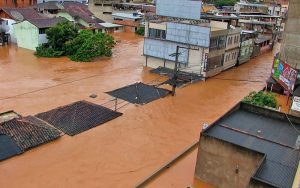 “At least 4,000 people had their homes flooded and were displaced in Manhuaçu, 290 km from Belo Horizonte, Brazil this Friday (19). The information was confirmed by the Municipal Civil Defense.

“The city was flooded after the Manhuaçu River overflowed due to a strong storm that hit the region between the end of last night and this Friday.” 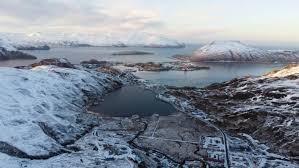 “Warm, Wet February In The Aleutians Linked To Warming Ocean Temperatures: While much of Alaska has been bitterly cold this month, the Aleutian Islands and Alaska Peninsula have been extraordinarily mild.

“It’s part of the recent warming pattern in the Bering Sea, and communities along the Aleutian Chain can expect a similar trend moving forward, says Rick Thoman…” 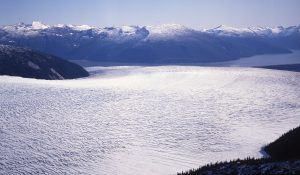 “Long an anomaly among glaciers, advancing while most others shrank, Taku Glacier is starting to succumb to climate change, offering an unprecedented look at the onset of tidewater glacier retreat.” 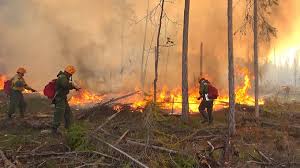 “Wildfires are spreading to fuel-abundant regions of the world that used to be less prone to burning, according to a new analysis of 20 years of data by the Guardian…

“In recent years, fires have devastated areas of California, Australia, Siberia and the Pantanal that used to be relatively unaffected. In Africa, by contrast, there has been a reduction of savannah fires.”

“About 42,000 years ago, a reversal of the Earth’s magnetic poles triggered massive climate shifts and caused environmental changes to sweep across the globe, according to new Australian-led research…

“If such an event happened today, it would wreak havoc on satellites and electrical grids, but its environmental impact is less well understood.” [The former would be enough to take out industrial civilisation, so the latter may be somewhat moot from a human standpoint].