Not an economic article, obviously, but there may be economic ramifications. I’m not any kind of virologist so can’t comment on the level of threat recombinants pose: 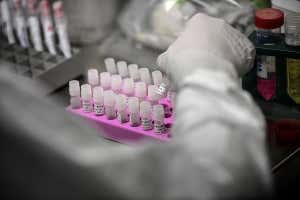 “Two variants of the SARS-CoV-2 coronavirus that causes covid-19 have combined their genomes to form a heavily mutated hybrid version of the virus. The “recombination” event was discovered in a virus sample in California, provoking warnings that we may be poised to enter a new phase of the pandemic.

“If confirmed, the recombinant would be the first to be detected in this pandemic…

“Unlike regular mutation, where changes accumulate one at a time, which is how variants such as B.1.1.7 arose, recombination can bring together multiple mutations in one go. Most of the time, these don’t confer any advantage to the virus, but occasionally they do…

“Recombination could lead to the emergence of new and even more dangerous variants, although it isn’t yet clear how much of a threat this first recombination event might pose.” 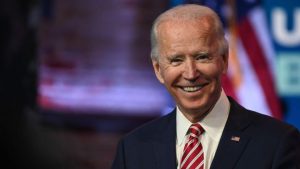 “Joe Biden’s strategy for the US economy is the most radical departure from prevailing policies since Ronald Reagan’s free market reforms 40 years ago.

“With plans for public borrowing and spending on a scale not seen since the second world war, the administration is undertaking a huge fiscal experiment. The whole world is watching.” 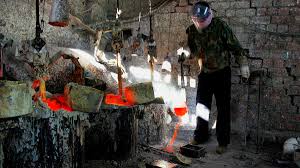 “The Ministry of Industry and Information Technology last month proposed draft controls on the production and export of 17 rare earth minerals in China, which controls about 80 per cent of global supply.” 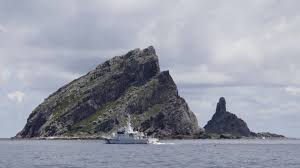 “A Chinese government vessel armed with a cannon-like weapon entered Japanese territorial waters near the China-claimed Senkaku Islands on Tuesday for the first time since Beijing passed a new law that allows its coast guard to fire on foreign ships in waters it claims.

“Two China Coast Guard vessels entered the waters near the uninhabited islands at around 4:15 a.m., the Japan Coast Guard said, joining two others that had been there since Monday.”

“Tokyo’s Nikkei closed above the 30,000 yen mark for the first time since 1990, despite Japan reporting its first annual GDP contraction since the 2009 financial crisis. The country’s economy shrank 4.8 percent in 2020…” 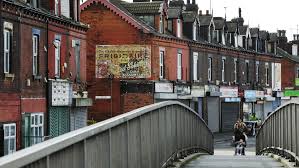 “Close to half a million people [UK] have fallen behind on rent or mortgage payments as a result of coronavirus, according to a study published on Tuesday, which urged ministers to intervene to prevent the debt crisis from worsening.

“As many as 450,000 out of an estimated 750,000 people in arrears on housing payments, have fallen into debt as a direct result of the pandemic…” 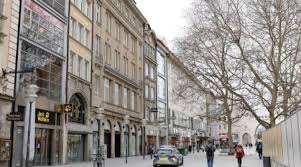 “Germans’ nominal earnings fell for the first time in over a decade, the statistics office said on Wednesday, releasing data that showed the coronavirus pandemic having a more severe impact on earnings than the 2007/08 financial crisis.

“Preliminary data showed nominal earnings had shrunk by 0.6% in 2020, the first contraction since the data series began in 2007. In inflation-adjusted real terms, earnings fell 1%…” 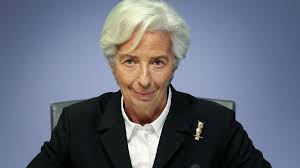 “Europe’s economy has relied on government relief programs to provide a third of all lending to businesses during the Covid-19 crisis, revealing the scale of the challenge ahead as the region opens up and support measures are withdrawn.

“Borrowers in 31 countries across Europe have received €1.5 trillion, equivalent to $1.8 trillion, in relief from governments and banks during the pandemic, the European Systemic Risk Board, a top European financial regulator, said Tuesday.” 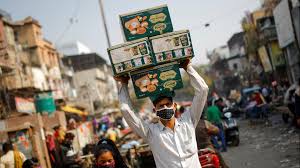 “Indian banks will see a spike in bad debt later this year as a key coronavirus relief measure expires, the central bank says, flagging a source of potential financial instability that could hamper lending to businesses and individuals.

“Nonperforming loans are projected at 13.5%, with auto and steel industries hit hard.”

“‘Sri Lanka does not have the economic strength to manage if there is a lockdown. Even if we want to do it we cannot,’ said cabinet co-spokesman Udaya Gammanpila. As a result, Gammanpila said that the government is keen to address the coronavirus issue while keeping the country open.” 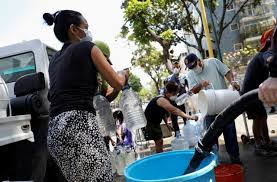 “A district of Venezuela’s capital Caracas on Tuesday installed a new well to supply water to dozens of apartment buildings, as widespread shortages in the crisis-stricken country complicate hand-washing amid the coronavirus pandemic. 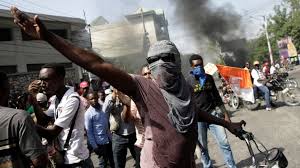 “Violent altercations between police and civilians in Haiti over the past week mirror the political warfare at play between Haitian President Jovenel Moïse and opposition leaders.

“Several people have died at the hands of the police and dozens sustained injuries during protests, according to videos taken by photojournalists and protesters at the scene.” 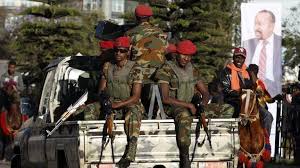 “Over a million people could starve if aid is not allowed into conflict zone, says Famine Early Warning Systems Network.”

“Curfews have been imposed and schools have been forced to close in 10 cities across Darfur, North Kordofan, West Kordofan and Sennar. Buildings were looted and burned, and food was stolen from markets and shops.” 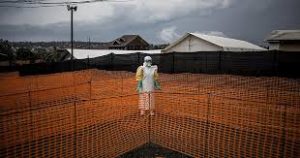 “The World Health Organization has alerted six countries to watch out for potential Ebola cases after fresh outbreaks in Guinea and Democratic Republic of Congo, a spokeswoman said on Tuesday. 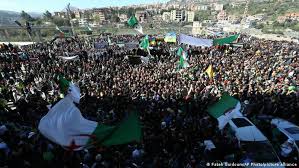 “Over 5,000 people gathered in the northern Algerian town of Kherrata on Tuesday to mark the two year anniversary of the Hirak protest movement that ousted the country’s long term president from power in 2019.

“Protesters gathered in the town where the movement originally began — 200 kilometers (125 miles) east of the capital Algiers — hoping to kick it off again a year after the coronavirus pandemic forced it off the streets.”

“Nigeria’s food inflation rose to the highest level since 2008 in January, a sombre illustration of the crisis the nation’s food sector has faced, with millions of poor citizens struggling daily to buy food at exorbitant rates.

“Food inflation climbed to 20.57 percent year-on-year in January 2021, according to data released Tuesday by the Bureau of Statistics, making it the highest in over 11 years. Before now, the highest level was in July 2008.”

“People living in poverty around the world are in danger of food shortages as the coronavirus crisis continues, the UN’s food envoy has warned, with the risk worse this year than in the period shortly after the pandemic began.” 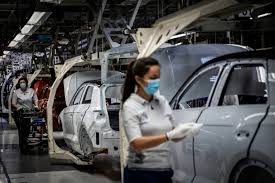 “With automakers particularly at risk, countries like Germany and Mexico stand out as most exposed among major economies.” 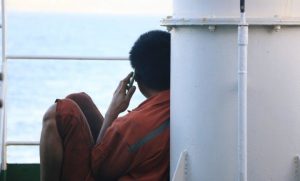 “The global crew change crisis could lead to a shortage of seafarers if exhausted crew choose to leave the shipping industry rather than risk another long period trapped at sea, warns the Maritime Authority of Jamaica (MAJ)…

““If seafarers are not available to operate the ships, those vessels will simply lay alongside idle. Does the world need that now?”, he challenged, warning that the shipping industry needs to demonstrate to world leaders the vital role crew play in the supply chain.” 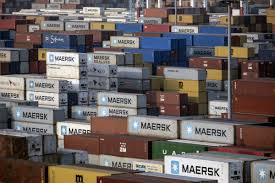 “Imagine the challenge facing policymakers trying to salvage global reflation in the midst of a pandemic. Too much stimulus might spark higher inflation, while doing too little could jeopardise sustainable recovery.

“It’s a worry now because the latest batch of world business confidence indicators seems to be showing signs of global economic activity starting to flag. Maybe it is a feature of the latest wave of lockdowns, or it could be symptomatic of the world’s economic supply chains being overstretched.”