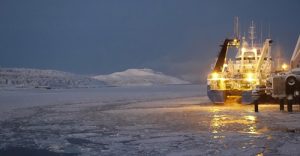 “Ice cold winter on far northern coast, but nearby Arctic waters are record warm… Practically the whole central part of the Arctic Ocean had temperatures far higher than normal for the season.

“The biggest deviation from the norm was found in the archipelago of Franz Josef Land where temperatures were as much as 8 C° higher than normal.” 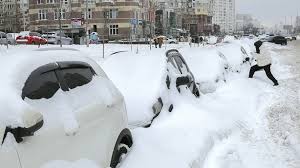 “A record-breaking snowstorm descended on Moscow on Friday, paralysing traffic, grounding flights and straining efforts of local authorities to respond to the “snow apocalypse”…

“On Friday, traffic congestion in the city reached a maximum of 10 points according to the Yandex maps service, unusual even for Moscow notorious for its logjams.” 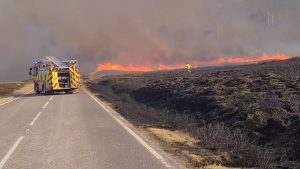 “Wildfire on Isle of Skye ‘almost traps’ cars as flames rip through beauty spot: It comes as a number of other wildfires ripped through parts of the Western Isles [Scotland], despite many areas across the country tackling heavy snowfall.

“Much of Scotland bore the brunt of Storm Darcy leaving many dealing with treacherous conditions. And yet Scotland’s west coast and Western Isles were issued with an ‘extreme’ wildfire warning.” 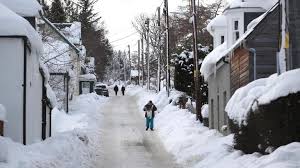 “Temperatures plummeted last night across parts of Scotland with Braemar in Aberdeenshire recording minus 22.9C (minus 9.2F), the coldest temperature since 1995 according to the Met Office. 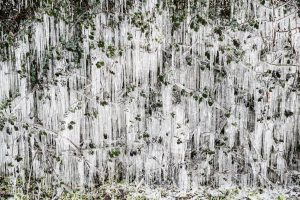 “Temperatures in Ravensworth, North Yorkshire, dropped to minus 15.3C overnight on Thursday, having previously recorded an all-time low of minus 13.1C on Wednesday night.” 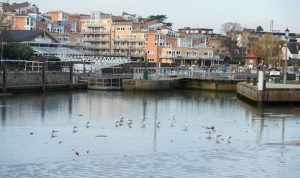 “Parts of the River Thames have frozen for the first time in 60 years as the UK plunges to the coldest temperatures on record for February.

“Seagulls perched on a frozen Thames in Teddington, south west London, this afternoon as it iced over for the first time since Britain’s Big Freeze in 1963.” 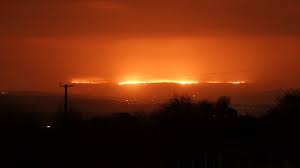 “A large fire has broken out on Dartmoor near Tavy Cleave in Devon, a few miles north east of Tavistock.

“Devon and Somerset fire and rescue service has deployed five pumps and other units to the area… Rob Steemson, Dartmoor national park emergency officer, told the PA news agency the blaze was estimated to be around 5km wide.” 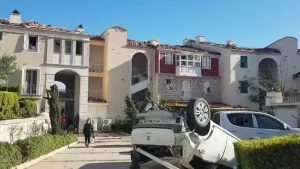 “The western Turkish province of Izmir was subjected to the full fury of mother nature overnight, as a tornado flung cars into the air, uprooted trees and toppled a crane, injuring at least 18 people [crazy floods in Izmir last week, of course].

“A ferocious hailstorm started pummeling the province at approximately 9 p.m. local time before a tornado touched down…”

“WBG explains that Morocco’s position stems from a combination of political, geographic, and social factors. Climate change has “already put pressure on the country’s natural resources, affecting the resilience of… the agriculture sector, particularly due to water scarcity,” noted the study.” 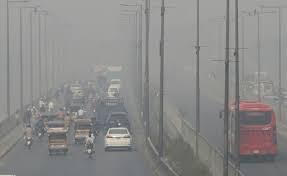 “LAHORE [Pakistan]: Once again, the provincial capital has been ranked as the most atmospherically-polluted city of the world as the US Air Quality Index (AQI) highlighted a dismal score of hovering between 387 to 470 on Friday.

“The heavy fog has blanketed major cities of Punjab affecting road and air traffic as motorways was closed and several flights cancelled due to low visibility level.” 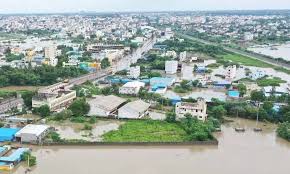 “The intensity of extreme floods has increased in the country, affecting newer areas that were not flood-prone earlier.“ 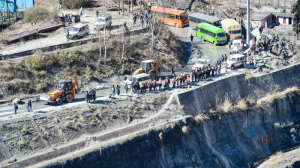 “A newly formed Himalayan lake raised fears Friday of another flash flood above a disaster-hit valley in northern India, prompting authorities to conduct helicopter surveys and send a team on a 16-hour climb to investigate. 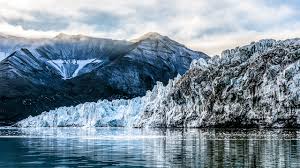 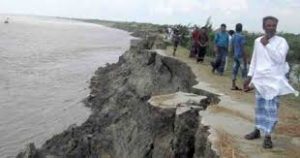 “Criss-crossed by rivers and surrounded by sea, there are few places on earth more impacted by climate change than Bangladesh.

“Farmers in the South Asian country have been dealt a heavy blow in recent years as a result: rising sea levels, saltwater intrusion, flooding, drought and super-charged cyclones have hit agriculture hard.” 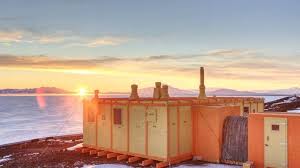 “More plants could begin to ‘invade the Antarctic Peninsula’ as the frozen continent warms: When you picture Antarctica you may see a cold, desolate place, where only the hardiest ecosystems can survive.

“In the future, however, it may be different. Plants and insects could flourish as climate change makes temperatures more conducive to supporting life.”

“An atmospheric river will pass over Chilean Patagonia and will cross the Drake Pass until it reaches the northern end of the Antarctic Peninsula, during the early hours of Thursday the 11th. The atmospheric river is a band of humid air released from the tropics.

“The one that will arrive in Antarctica is very similar to the one that produced intense rainfall in central and southern Chile at the end of January in the central zone.” 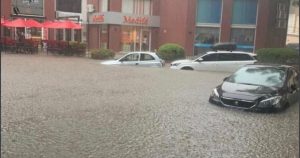 “Shocking images of the floods in Pinamar [near Buenos Aires, Argentina]:

“This Friday, a strong storm hit the city of Pinamar and caused major flooding in some areas. As explained by the mayor Martín Yeza , “around noon approximately 180 mm of water [7.1 inches] fell ( the equivalent of a quarter of the annual average rainfall).” 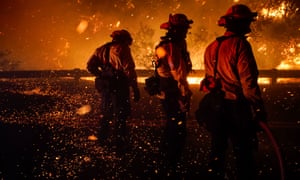 “California’s rainfall is at historic lows. That spells trouble for wildfires and farms:

“Northern California remains stuck in one of the worst two-year rainfall deficits seen since the 1849 Gold Rush, increasing the risk of water restrictions and potentially setting up dangerous wildfire conditions next summer.” 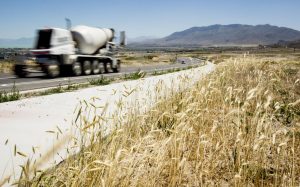 “In fact, the summer of 2020 was the driest ever logged in Utah and Nevada since record keeping began 126 years ago, said Laura Haskell, an engineer with the Utah Division of Water Resource’s planning section.” 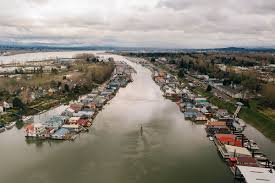 “The Columbia River basin will see an increase in flooding over the next 50 years as a result of climate change, new modeling from Oregon State University indicates…

““The flood you’re used to seeing out your window once every 10 years will likely be larger than it has been in the past,” said the study’s lead author, Laura Queen, a research assistant at OSU’s Oregon Climate Change Research Institute.” 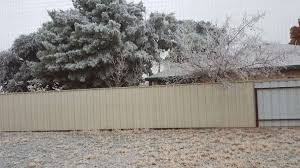 “The unprecedented Arctic blast that has gripped the U.S. for much of the week has paralyzed natural gas pipelines, brought deadly ice storms to Houston and is about to get worse.

“Nearly 300 new daily temperature records could be set, mainly across the Great Plains from Canada to Texas through Tuesday…” 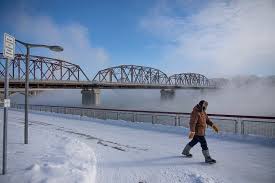 “The never-ending deep freeze continues to yield record lows in Saskatchewan but maybe, just maybe, there’s a light at the end of the tunnel.

“Environment Canada announced that 13 areas of the province set new low-temperature records on Thursday… In the Meadow Lake area, temperatures as low as –40.4 [-40.7F] were reported.” 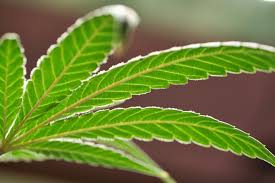 “Jamaica is running low on ganja.

“Heavy rains followed by an extended drought, an increase in local consumption and a drop in the number of marijuana farmers have caused a shortage in the island’s famed but largely illegal market that experts say is the worst they’ve seen.” 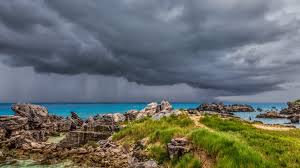 “The maximum wind speeds of hurricanes near Bermuda have more than doubled over the last six decades as a result of rising ocean temperatures, according to a new study from the University of Southampton. 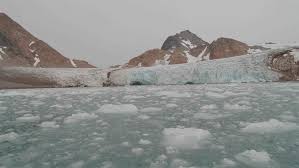 “…In the case of Greenland’s glaciers, the bigger they are, the faster they melt. And the culprit is the depth of the fjord they occupy: Deeper fjords allow in more warm ocean water than shallow fjords, hastening the undercutting process.” 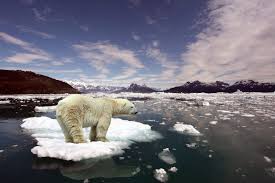 “There’s no reason to expect the Arctic won’t continue to undergo substantial changes over the coming years and decades. With every passing year, the Arctic Ocean is generally showing warmer temperatures, and lower sea-ice extents.”