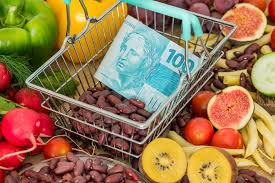 “Global food prices have reached their highest in almost seven years, further raising the spectre of food inflation and hunger at a time when the Covid-19 pandemic continues to hit economies around the world.

“The UN Food and Agriculture Organization’s food price index for January rose by a tenth from a year ago to its highest level since July 2014, led by a sharp increase in grain prices. Substantial buying of corn by China and lower-than-expected production in the US helped send the gauge — which tracks a basket of food commodities against their 2014-16 prices — to its eighth consecutive monthly increase, the longest rising streak in a decade.” 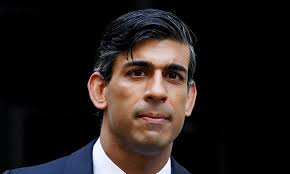 “Tens of thousands of struggling UK businesses face ruin with the Chancellor, Rishi Sunak, failing to deliver on a pledge to extend payment terms on government-backed Covid-19 loans…

“…banks are either rejecting or ignoring requests from desperate business owners for more time to pay back the loans after the Treasury failed to provide the lenders with the reassurance that taxpayers’ money would continue to underwrite the loans.” 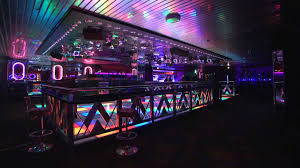 “The UK clubbing scene is on the brink of “extinction” with the vast majority of venues unlikely to survive past the end of the month without government support, the industry has warned.

“A damning report released by the Night Time Industries Association (NTIA) today laid bare the devastating impact of the pandemic on British nightclubs, which have been closed since March.” 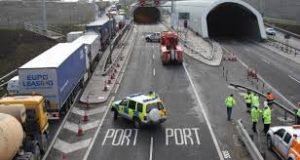 “[Post-Brexit] Hold-ups over which colour of pen should be used in official forms and where stamps appear in documents, as well as failing IT systems, are among the “dozens of problems” which has devastated Scotland’s export sector in recent weeks, industry experts told Holyrood’s Europe committee…

“…the introduction of complex and lengthy checks at ports like Boulogne and Dunkirk has left many export businesses struggling to cope.” 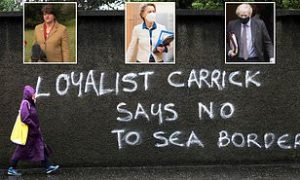 “The European Union on Wednesday rebuffed a British demand to extend a grace period for checks on goods going from Britain to Northern Ireland, saying the post-Brexit trade treaty gave London enough tools to solve the problems…

“The dispute, which stems from Britain’s exit from the EU’s orbit on Jan. 1, threatens to reopen a rift that bedevilled years of Brexit talks, and further strain relations between the EU and its former member.” 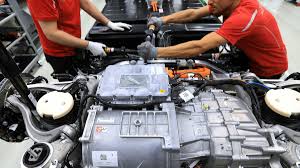 “German carmakers are considering building up semiconductor stockpiles to prevent a repeat of the crippling chip shortages that brought assembly lines to a standstill and stalled the production of hundreds of thousands of vehicles worldwide.

“The move could prompt an overhaul of the industry’s finely tuned “just-in-time” supply chain, which has been used for decades and relies on daily deliveries to preserve cash.” 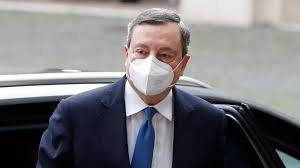 “On Tuesday evening Sergio Mattarella pressed the closest thing Italy’s silver-haired president had to a political emergency button: he called for Mario Draghi.

“Facing a health and economic crisis that, in the words of the 79-year-old, is “the most serious I can remember” Mr Mattarella will meet the former European Central Bank president in Rome on Wednesday, when the Italian head of state is expected to ask him to attempt to form a new government of national unity.” 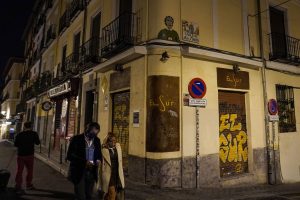 “Spain’s government is considering debt relief for companies as extended pandemic restrictions and a slow European vaccine rollout tip the economy into another downturn, according to officials…

“A spokeswoman for the government of Socialist Prime Minister Pedro Sanchez declined to comment.” 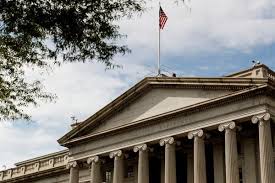 “The U.S. Treasury held steady its planned issuance of longer-dated securities at a quarterly debt auction next week as the department awaits the result of the Biden administration’s push for a fresh coronavirus relief package.” 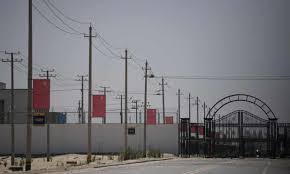 “The United States has said it is “deeply disturbed” and the UK government has come under further pressure to impose sanctions following reports of systematic rape and sexual torture of women detained in China’s Xinjiang camps.

“A BBC report on Wednesday detailed allegations of rape, sexual abuse and torture of ethnic Uighur and other Muslim women, based on interviews with several former detainees and a guard.” 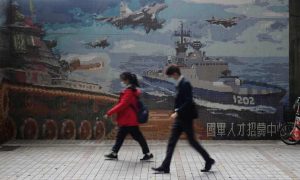 “The United States is deliberately “creating tensions” and disrupting peace and stability, China’s military said, after a U.S. warship sailed through the sensitive Taiwan Strait, the first such mission under the new Biden administration.

“China, which claims democratically run Taiwan as its own territory, has been angered by increased U.S. support for the island…” 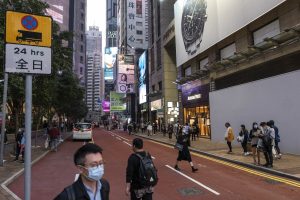 “Hong Kong’s banks are having their worst time since 2008 as profits plunge while bad loans soar amid city’s recession.

The average pre-tax profit among the city’s retail banks fell for the second year in 2020, plunging by 29.4 per cent, according to the Hong Kong Monetary Authority. The ratio of bad and doubtful loans, known as classified loans ratio in Hong Kong, jumped to a four-year high of 0.84 per cent at the end of September.” 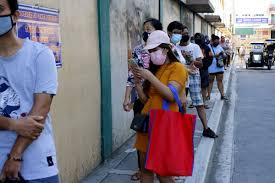 “COVID slammed Indonesia’s economy hard in 2020, data shows: Indonesia’s GDP shrank by more than expected in the fourth quarter, leading to its first full-year contraction since 1998.” 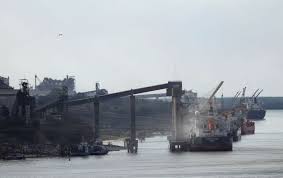 “Argentine agricultural exports were disrupted on Wednesday as truckers blocked roads around the Buenos Aires ports of Bahia Blanca and Quequen:

“Inflation-hit truck drivers are pressing demands for lower taxes, tolls and fuel prices as well as the establishment of set fee schedules to be paid by farmers for ground transportation. Mired in recession since 2018, Argentina had more than 36% inflation last year… 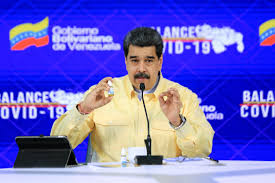 “President Nicolás Maduro promised to vaccinate the long-suffering Venezuelan people against COVID-19. But it appears that the South American strongman might have trouble footing the bill.

“Maduro’s government reserved at least 1.4 million doses of the AstraZeneca vaccine. Desperate and strapped for cash, it has until February 9 to pay up.” 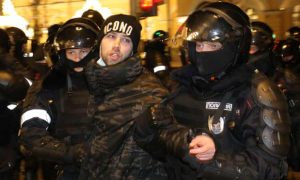 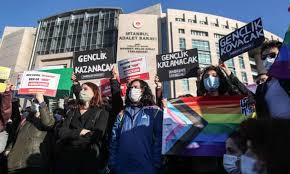 “Escalating protests over the appointment of a state-approved rector at a prestigious Istanbul university have become an unexpected catalyst for Turkey’s disillusioned and underemployed youth to vent their frustrations at President Recep Tayyip Erdoğan’s government. 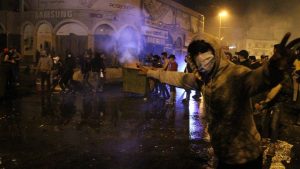 “Lebanon is careering towards total collapse as it buckles under the weight of a tripled-headed crisis: the aftermath of the blast which has left swathes of the capital in rubble, an unprecedented surge in coronavirus cases overwhelming the healthcare system and a financial crash that has pushed more than half the country of 7 million people under the poverty line.” 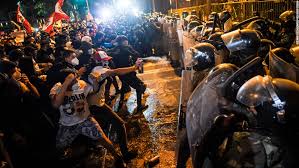 “Since the start of the Covid-19 pandemic, the number of major social unrest episodes on a global scale decreased sharply, hitting a five-year low in March last year.

“A new study by the International Monetary Fund suggests this may be the calm before the storm.”

[Of course it is! None of the contentious issues, like declining aggregate prosperity, rising authoritarianism and police brutality, corruption and inequality of wealth distribution, which are in large part rooted in ever-worsening energy and resource-constraints, have been or indeed can be resolved. Now we have all the increased debt and economic hardship of the pandemic and lockdowns on top! Talk about a powder-keg.]