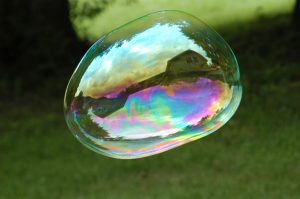 ““Central banks [in advanced economies] are in a global liquidity trap,” says Jerome Jean Haegeli, chief economist at the Swiss Re Institute in Zurich.

““The liquidity bazooka buys time and pushes up asset prices but has zero value in improving economic trend growth. Like a black hole, once you are in it, it is extremely difficult to get out. That’s where we are in central banking, we are in a liquidity black hole.”” 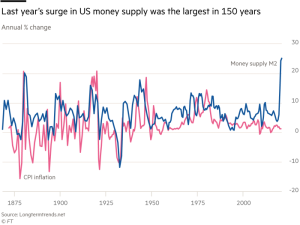 “Inflation Is Spreading Broadly into the US Economy. Amid Surging Costs, Companies Raise Prices, and Customers Pay them, Despite Weak Economy, 10 Million Missing Jobs.

““Not only have the last two months seen supply shortages develop at a pace not previously seen in the survey’s history, but prices have also risen due to the imbalance of supply and demand.”” 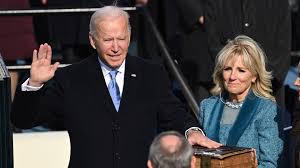 “As Biden enters the White House again, this time as president, he’ll have to battle with another complex housing crisis.

“The immediate need is from millions of renters who are facing eviction and mounting rent backpay. Meanwhile, on the buyer side, many would-be first-time homebuyers can’t access homeownership as the supply of for-sale homes continues to lag, pushing home prices higher and higher.”

“Joe Biden is set to sign two new executive orders designed to help the millions of American struggling from hardship and hunger as a result of the coronavirus pandemic.” 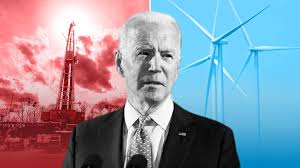 “The Interior Department’s order, signed late Wednesday, changes procedures for 60 days while the agency’s new leadership gets into place. It requires top brass to sign off on oil leases and permits as well as decisions about hiring, mining operations and environmental reviews.

“The industry took it as a bad omen…

“Jet fuel is piling up at airports on the East Coast as the pandemic is keeping U.S. traveler traffic at less than half usual levels.” 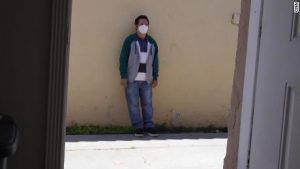 “[US] Taxi drivers and airline workers forced to brink of starvation as travel is at a standstill.”

“The Biden administration is now faced with an industry that is at a standstill.” 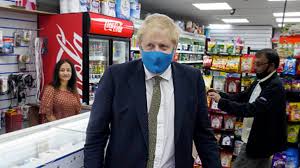 “Boris Johnson’s hopes of striking an early trade deal with the US — seen as one of the biggest prizes of Brexit — have faded after new warnings that such pacts were not a priority for president Joe Biden’s new administration.”

“English councils battling financial ruin: BBC analysis in 2020 showed nine out of 10 major local authorities in England did not have enough cash to cover their spending plans this year…” 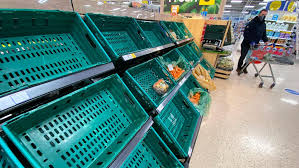 “Brexit might be done and dusted, but its specter will loom over Britain for a long time yet.” 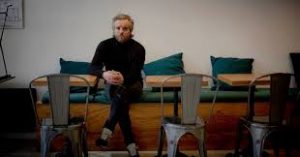 “Europe’s Bankruptcies Are Plummeting. That May Be a Problem: Governments have extended national programs to keep troubled businesses afloat, but the aid may only be postponing a painful reckoning…

““We need to get off of all of these subsidies at some point — otherwise, we’ll have a zombie economy,” said Carl Bildt, co-chair of the European Council on Foreign Relations and a former prime minister of Sweden.” 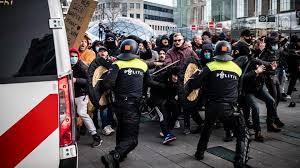 “Youths torched a Dutch Covid testing centre and an effigy of the Danish Prime Minister was set alight in fiery anti-lockdown protests sweeping across Europe.

“The testing facility in the village of Urk in the Netherlands went up in flames on Saturday night with its burnt-out shell remaining cordoned off on Sunday.” 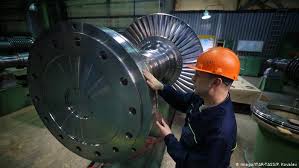 “The economic crisis has trapped many in Russia’s small business sector with debt. But the worst is yet to come when government-backed cheap loans need to be repaid and a bankruptcy moratorium winds up next month.” 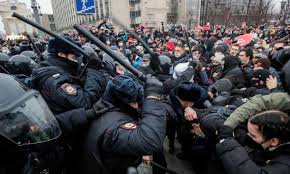 “The US has called for the immediate release of Russia’s jailed opposition leader Alexei Navalny and more than 2,000 of his supporters detained after attending peaceful rallies in some of the largest nationwide protests in years.

“In a lengthy statement on Saturday night that signalled a more confrontational stance towards Moscow from Washington under the Biden administration, the state department condemned the “harsh tactics” used by Russian authorities…” 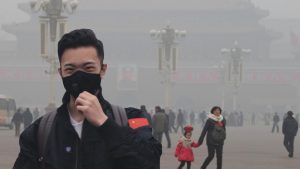 “GDP growth does not equal economic health. According to Global Energy Monitor, China has heavily invested in coal plant development in order to prop up its GDP numbers.” 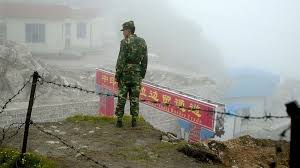 “Indian and Chinese troops have brawled on their contested Himalayan border, leaving injuries on both sides, India’s military and media reports said…

“The incident came six months after a pitched battle which killed at least 20 Indian troops and an unknown number of Chinese forces.” 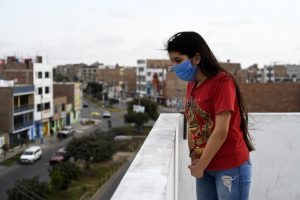 “The coronavirus epidemic has triggered the steepest drop in Latin American foreign trade in 2020 since the global financial crisis more than a decade ago, a UN body said Friday. 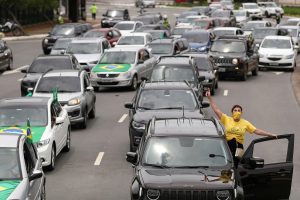 “Thousands of Brazilians took the streets for a second day Sunday to call for the impeachment of President Jair Bolsonaro, who is under fire for his government’s handling of COVID-19…

“Horn-honking cars paraded through the streets of Rio de Janeiro, Sao Paulo and a dozen or more other cities as other protesters marched on foot, some calling, “Get out Bolsonaro!”” 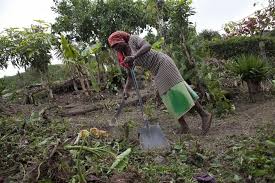 “…12.8 per cent of the Jamaican population is currently food insecure, equating to some 400,000 people.

“This is double pre-COVID-19 USDA ERS projections and an increase of 100,000 persons over revised projections made during the pandemic.”

“The unfinished business of the Arab Spring: The forces that unleashed uprisings across the Middle East remain as potent as ever…

““It’s been a lost decade,” said Tarik Yousef, director of the Brookings Doha Center, recalling the euphoria he initially felt when the fall of Libya’s Moammar Gaddafi in August 2011 enabled him to return home for the first time in years. “Now, we have the return of fear and intimidation. The region has experienced setbacks at every turn.”” 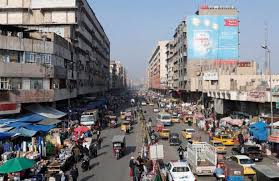 “Iraq has requested emergency assistance from the International Monetary Fund (IMF) and talks are ongoing between the parties, the IMF said.

“Iraqi Finance Minister Ali Allawi told the Bloomberg news agency earlier that Iraq was in talks with the IMF for a $6bn loan package.” 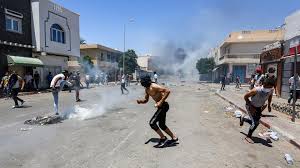 “The international lender says the country must clearly stipulate measures to cut down its huge fiscal deficit… Violent protests have hit Tunisia at a time of unprecedented economic hardship in the North African country.” 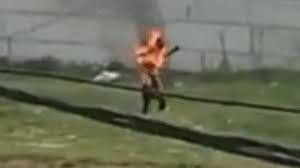 “The recent suicide attempts, all reportedly linked to economic anxiety, coincided with the 10th anniversary of the start of Arab Spring…” 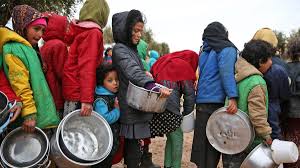 “A new, 5,000 Syrian Lira bank note goes into circulation Sunday, the largest denomination in the country reeling from a decade of conflict and a crippling economic crisis.

“Syria’s currency has been on a downward spiral since the conflict began in 2011. 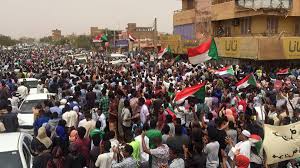 “Dozens of demonstrators had blocked 60th Street, a major artery in the east of the capital, setting up barricades and burning tires to voice their anger at soaring inflation, food shortages and power cuts.” 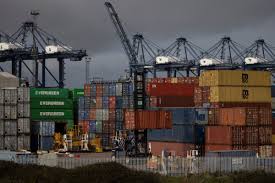 “Today’s is a story of instability, unpredictability, of “black swans” and serendipity (my favourite word)… about shipping and containers, and how we have, as a result of the global pandemic, found ourselves in a terrible tangle because the world’s shipping containers are in the wrong place.

“Getting them back in the right place will be costly and take time. Meanwhile, global supply chains have been massively disrupted and freight costs have soared.” 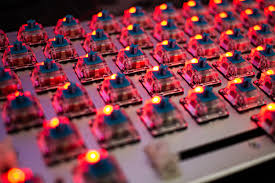 “The Stocks Bubble-O-Meter Is Flashing Bright Red: A bubble results when valuations become excessive, and investor behavior is dominated solely by attempts to sell to someone else for a higher price, rather than any rational assessment of value.

“This is what economist Hyman Minsky called the “Ponzi phase.” At this point, the slightest interruption to easy money can bring the party to an end.” 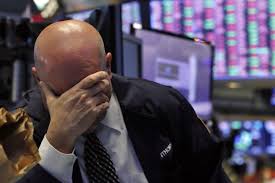 “Margin debt tracked by member firms of the Financial Industry Regulatory Authority has spiked over the last two months.

““We don’t know how much total stock market leverage there is, but margin loans indicate the trends, and we had another WTF moment,” says Wolf Richter, author of the Wolf Street blog.”