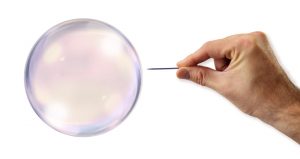 “Two bubbles – America’s stock market and China’s property market – dominate the global economy. The Covid-19 bubble is the weirdest in history, forming and expanding rapidly in a collapsing global economy…
“…like any movie, this will come to an end. Could it end quickly in 2021, to mirror its meteoric rise?”
https://www.scmp.com/comment/opinion/article/3118458/covid-19-market-bubbles-creation-distorted-global-economy-cannot 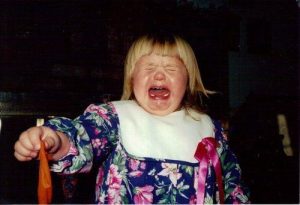 “…Congress should think very carefully before approving Biden’s proposed $1.9 trillion spending package. [FWIW I disagree. The time for fiscal prudence etc, if there ever was one, has long passed. All we can do is keep our fingers crossed and take on more debt now.] It should do so not because such a large stimulus package could put us on the road to many years of higher inflation.
“Rather, it should do so since such a package is bound to burst today’s global everything asset and credit market bubble, which could lead to yet another period of economic weakness [or more likely a total failure of the financial system].”
https://thehill.com/opinion/finance/535073-inflation-or-deflation-ahead 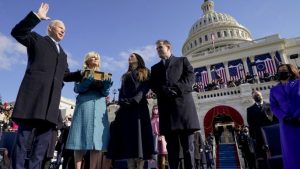 “US stock markets hit new records as Joe Biden became the 46th US president, propelled by optimism that his administration’s $1.9tn stimulus spending plan could help insulate the global economy from the damage wrought by coronavirus.”
https://www.ft.com/content/08c11f98-da3d-475b-b484-49d21047defd
“Thousands of student debtors have launched a campaign urging Joe Biden to enact full student loan cancellation within the first 100 days of his presidency.”
https://www.theguardian.com/money/2021/jan/21/cancel-student-loans-joe-biden

“China has purchased less than three-fifths of the US goods projected under the “phase one” trade deal that paused a tariff dispute between the two countries a year ago, posing another challenge for the administration of Joe Biden in its relations with Beijing.”
https://www.ft.com/content/0ecb870e-e7bb-49a4-90d6-9935c9fbce7c
“The China trade war is one thing Joe Biden won’t be rushing to fix… analysts say that the new administration isn’t likely to ease up on Beijing too much when it comes to tech and trade.”
https://edition.cnn.com/2021/01/21/economy/china-trade-tech-war-biden-intl-hnk/index.html 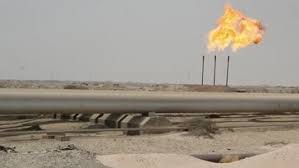 “China Snubs Washington With Big Oil Deals In South Iraq:
“…This will suit China well, not just in terms of securing energy supplies for that long but more importantly for securing even more political influence with Iran’s neighbour, a key stepping-stone in its multi-generational geopolitical game-changing ‘One Belt, One Road’ program.”
https://oilprice.com/Energy/Energy-General/China-Snubs-Washington-With-Big-Oil-Deals-In-South-Iraq.html 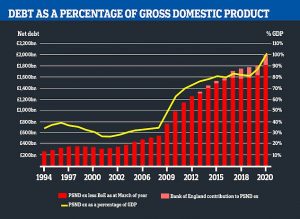 “U.K. government borrowing surpassed a quarter of a trillion pounds in the first nine months of the fiscal year, a milestone that underscores the damage the pandemic has wrought on the public finances…
“…the budget deficit in the fiscal year as a whole could [ultimately] be around 20% of GDP, double the level reached in the aftermath of the financial crisis.”
https://www.bloomberg.com/news/articles/2021-01-22/u-k-deficit-at-370-billion-highlights-sunak-s-fiscal-challenge
“U.K. card purchases were 35% below pre-pandemic levels in the second week of January, according to data made public for the first time by the Office for National Statistics.”
https://www.bloomberg.com/news/articles/2021-01-21/new-u-k-card-purchase-data-show-35-drop-in-consumer-spending 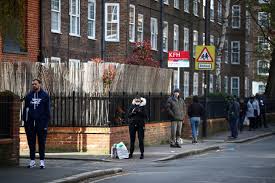 “A year of the Covid-19 pandemic has wiped out a decade of progress in reducing unemployment in Britain’s industrial heartlands and left the jobless rate higher than after the financial meltdown of the late 2000s, a report has found.”
https://www.theguardian.com/society/2021/jan/21/covid-wiped-out-decade-of-job-gains-in-uks-industrial-heartlands-says-report
“Almost 9 million people, many of them among Britain’s poorest, were forced to increase their borrowing last year to cope with the pandemic, according to figures that illustrate the damaging effect of the first two lockdowns on the finances of vulnerable households.
“The Office for National Statistics (ONS) found that the proportion of this group borrowing £1,000 or more increased from 35% to 45% since June…”
https://www.theguardian.com/money/2021/jan/21/uk-increased-borrowing-2020-ons-covid-pandemic 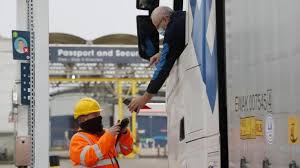 “The mountain of post-Brexit bureaucracy facing Britain’s services sector could be equivalent to imposing a tariff of as much as 26 per cent, a leading investment bank said today.”
https://bmmagazine.co.uk/news/post-brexit-red-tape-on-services-could-be-like-imposing-tariffs-of-26/
“Freight traffic between Britain and the EU is down almost a third following the end of the Brexit transition, with new red tape and soaring transport costs prompting some small firms to suspend exports to the continent.”
https://news.sky.com/story/freight-traffic-slumps-and-costs-soar-as-brexit-friction-bites-12194430
“Shops will start to run out stock within weeks if chaos at the borders does not ease, according to supply chain experts.
“Six out of 10 supply chain managers said they are running into problems…”
https://www.telegraph.co.uk/business/2021/01/21/nearly-quarter-firms-say-could-run-low-stock-due-border-delays/ 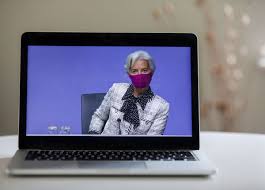 “European Central Bank President Christine Lagarde signaled that the euro-zone economy is headed for a double-dip recession, while insisting that the current level of monetary stimulus is enough for now.
“The ECB chief said output probably shrank at the end of 2020, and “a decline in the fourth quarter will travel into the first quarter.””
https://www.bloomberg.com/news/articles/2021-01-21/lagarde-says-euro-zone-economy-probably-shrank-at-end-of-2020
“Europe’s bond markets are becoming wary that the European Central Bank may just be easing off the gas.
“Yields from Germany to Italy rose after President Christine Lagarde emphasized that the central bank’s entire 1.85-trillion-euro pandemic stimulus package may not be needed… the concern for investors is whether the message translates into a slower pace of purchases from the biggest buyer of debt in the region.”
https://www.bloomberg.com/news/articles/2021-01-22/europe-s-bond-traders-grow-wary-of-ecb-desire-to-keep-powder-dry 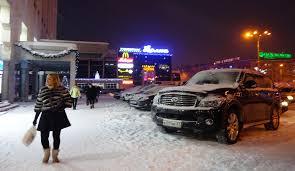 “Russia received its lowest level of foreign investment last year since the mid-1990s, data released by the Central Bank on Tuesday showed.
“Net inflows of foreign direct investment (FDI) came in at just $1.4 billion in 2020, as the economic fallout from the pandemic, travel restrictions and a slump in global energy prices heaped pressure on the world economy and darkened prospects for Russia’s crucial commodity industries.”
https://thebarentsobserver.com/en/industry-and-energy/2021/01/russia-sees-lowest-foreign-investment-1994 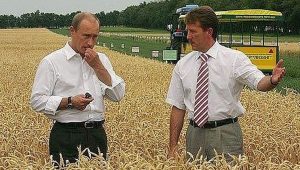 “One of the world’s largest wheat exporters is planning to raise and extend a wheat export tax [to 50 euros per ton]. In December, Russia announced a wheat export tax of 25 euros per ton on all of the country’s wheat sales from February 15th through June 30th…
“The higher export tax is the latest push by the Russian government to stabilize rising domestic food prices triggered by the COVID-19 pandemic.”
https://kiwaradio.com/ag-news/russia-plans-to-raise-and-extend-wheat-export-tax/ 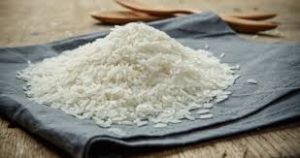 “African consumers hit as Asia gobbles up rice supplies:
“Tightening global supplies of basic foodstuffs and disruptions to shipping caused by the coronavirus pandemic are driving up the cost of rice, the most important staple food for billions of people worldwide.”
https://www.reuters.com/article/asia-rice-feed/feed-fight-african-consumers-hit-as-asia-gobbles-up-rice-supplies-idINKBN29Q05O 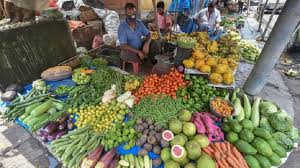 “Surging food prices are “one of the most dangerous features” of the latest commodity surge…
“Grain prices have risen more than 50% in just six months. Droughts in South America have worsened the shortages. As in 2011, a central bank “fire-hose” of monetary stimulus appears to be pumping up agricultural markets. The world’s poor might be about to fall victim to a “price momentum” bubble in basic foodstuffs as speculators pile in again.”
https://moneyweek.com/investments/commodities/602644/how-the-commodities-supercycle-will-foment-unrest-around-the-world 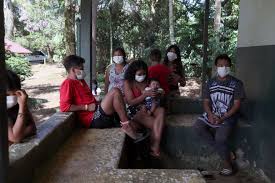 “Coronavirus is spreading and the death toll is mounting — but what most worries the leaders of Brazil’s isolated and vulnerable communities is how on earth to feed people now that the government has pulled their main emergency aid.
“Ivone Rocha is cofounder of Semeando Amor (Sowing Love), a non-profit that distributes basic staples to some of the very poorest people in Rio das Pedras, one of Rio de Janeiro’s many favelas.”
https://www.aljazeera.com/economy/2021/1/21/coronavirus-hits-brazils-isolated-poor-hardest 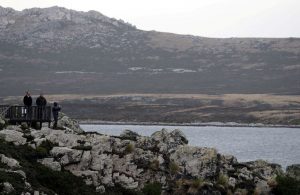 “Argentina hails German Falklands travel request as support for sovereignty claim:
“The German airline Lufthansa has asked the Argentine government for permission to overfly its country en route to the Falklands, Argentina said on Thursday, adding that the request implies recognition of Falklands “as part of Argentine territory,” the Foreign Ministry said.”
https://www.nasdaq.com/articles/argentina-hails-german-falklands-travel-request-as-support-for-sovereignty-claim-2021-01 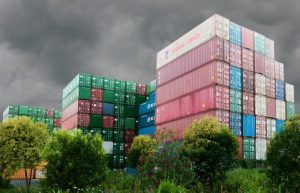 “A shortage of empty containers and congestion at ports has led to a tripling of the price of moving a container from China to the US over the past eight weeks. The rise in shipping costs raises a spectre of so-called “cost push inflation” for advanced economies.
“It is not clear, yet, how much the pandemic has damaged the capacity of the economy to produce goods and services. If more normal activity resumes after vaccination schemes the increase in overall demand could swiftly outpace diminished supply.
“Stagflation — high unemployment combined with rising prices — would be a nightmare scenario for central banks having to make policy for heavily indebted economies.”
https://www.ft.com/content/0ca884ee-cdd1-4ef0-ba27-40ed5691f118

You can read the previous “Economic” thread here. I’ll be back over the weekend with a “Climate” thread.

If you find value in this work, please consider becoming a Patreon.