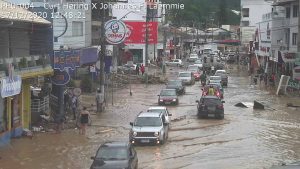 Sorry, I can’t find a good English language source for this but hopefully Google-translate will oblige you:

“Residents of Presidente Getúlio [Brazil] are still trying to understand everything they saw in the tragedy that struck the city at dawn this Thursday (17th).

“The heavy rain and landslides in the region’s hills became a veritable avalanche of mud, rocks and vegetation, which dragged everything it found along the way. 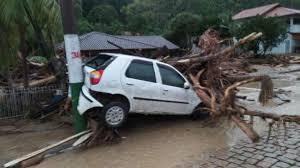 “The mayor of Presidente Getúlio , Nelson Virtuoso, signed the state decree of public calamity after the municipality faced the greatest climatic tragedy in history.” 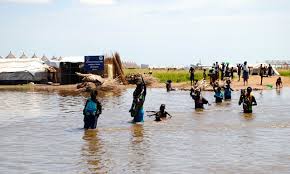 “Kamil also said emergency relief and rehabilitation services are being provided by the Ethiopian government to the hundreds of thousands of Ethiopians displaced by floods.” 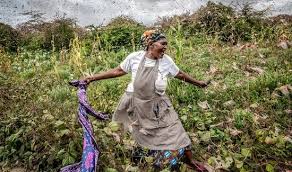 “New swarms of desert locusts are threatening the livelihoods of millions of people in the Horn of Africa and Yemen despite a year of control efforts, the United Nations has warned.

“This year had already seen the worst East Africa invasion in 70 years. 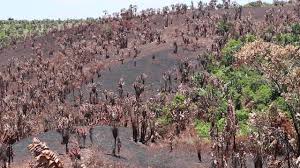 “A long and intense fire season is exacting a grim toll across Madagascar. At its onset in May, a wave of fires ate into the dry forests that line the island’s western coast, one of the world’s most threatened biomes.

“In the past two months, the rainforests fringing the eastern coast have gone up in flames.” 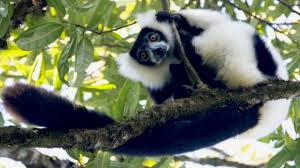 “Nearly a third of them are critically endangered, and most of the rest are considered threatened, largely because of deforestation in recent decades.” 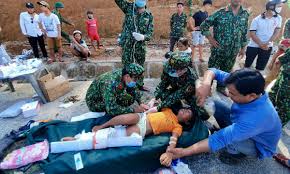 “Asia-Pacific has faced a record number of climate-related disasters in 2020, affecting tens of millions of vulnerable people already hit hard by the COVID-19 pandemic, the Red Cross said on Wednesday. 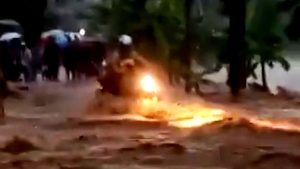 “A total of 1,567 people have fled home as their houses were flooded since Monday in Cilacap district, Central Java province, the local disaster management agency reported Wednesday. 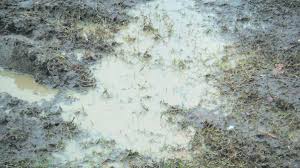 “The wet season has well and truly arrived for the north of Western Australia in the wake of late November and early December rainfall data.

“According to the Bureau of Meteorology (BoM) Broome Airport in the Kimberley [NW, Australia] had its wettest November rainfall in 80 years of records.” 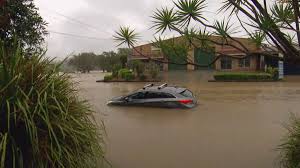 “Moreton Bay’s windy week of downpours [Queensland] is set to continue into the weekend, with temperatures remaining in the mid-20s.

“After record-breaking rainfall [book-ending Australia’s hottest November on record], it seems fitting to say 2020 has been a year of extremes.” 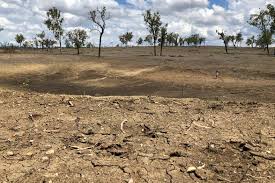 “The early-season rain – and the onset of a La Niña weather pattern – had outback folks talking about whether the eight-year drought might be about to break.

“It hasn’t… While south-east Queensland and northern New South Wales flood, barely a drop of rain has made its way out west in the past month.” 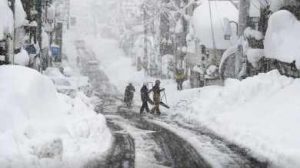 “Japan called on soldiers from the Self-Defence Forces on Thursday (Dec 17) to help with disaster relief, as a cold air mass dumped heavy snow across wide areas of the country. More than 1,000 vehicles were stranded on two expressways…” 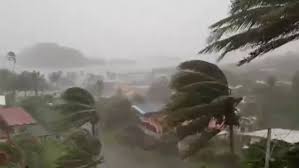 “A three-month-old baby was one of two people killed when category-five Cyclone Yasa tore through Fiji’s second-largest island Vanua Levu on Thursday night. The cyclone destroyed hundreds of buildings and caused hundreds of millions of dollars’ worth of damage.

“By Friday, the full extent of the damage was yet to be revealed as many parts of the affected island remained without communications…

“An enormous landslide has scoured the watershed of a remote B.C. inlet [Canada] and triggered a wave of debris that has wiped out critical salmon and grizzly habitat, and is causing hazards for marine traffic in the region. [surely the recent extreme rainfall played a role here].

Helicopter pilot Bastian Fleury surveyed the devastation along the 12-kilometre slide down the Southgate River that has also pushed trees, rocks and mud into Bute Inlet on B.C.’s central coast. 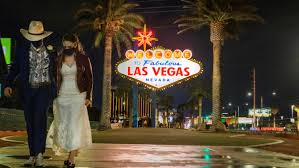 “Weather service meteorologist Jenn Varian commented, “Did we expect it to go 240 days? We did not. That shattered previous records,” she said.” 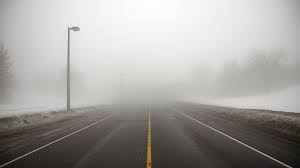 “Following a record-breaking October, Minnesota has only added about a half inch of snow this December.

“The drought has us on track to tie the least snowy December ever.” 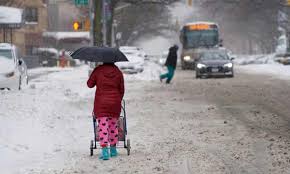 “The first major snowstorm of the season left the north-eastern US blanketed in snow, setting records in some areas.

““Williamsport regional airport made history,” the National Weather Service in State College said, reporting 24.7in of snow [62.7cm]. Forecasters said that was the most snow in that location from a single storm on record…” 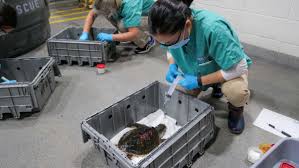 “The sea turtle rescue season on Cape Cod set records in 2020, according to the New England Aquarium.

“Over 900 turtles were stranded on the Cape since early November, and a record-breaking 720 were brought in for veterinary care at the aquarium’s animal care center in Quincy and the National Marine Life Center in Buzzards Bay.” 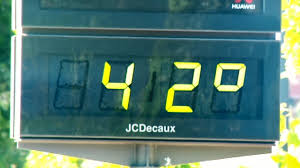 “Temperature balance of the last decade in Spain: 79 records for cold and 1,430 for heat:

“This fall has been warmer than usual for the tenth consecutive year, as reported by the State Meteorological Agency.” 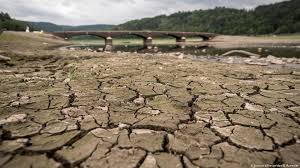 “Germany Is Set for Hottest Year on Record in Blow to Farm Crops:

“Germany will set another temperature record this year, according to Wetter.net, marking the hottest period since such data collection begun in 1881 and a third year of extreme weather conditions.” 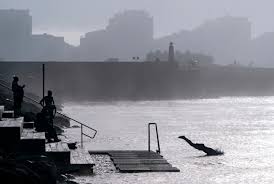 “Sweden’s average temperature this year is the highest measured in the 160 years since records began, and even a sharp cold spell over Christmas would not be enough to break the trend.

“The average temperature of almost 7.5C is 0.5C more than the previous highest, which was recorded in 2014.” 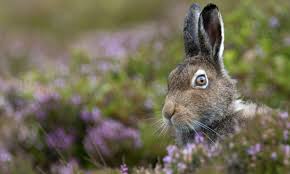 “Mountain hares in Scotland are failing to adapt to climate change, making them more vulnerable to predators:

“A team of researchers from the U.S. and the U.K. has found that mountain hares in Scotland have not been changing their molt times in response to climate change.” 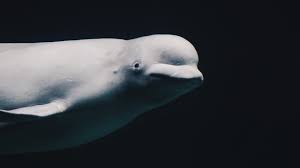 “Beluga whistles and clicks could be silenced by an increasingly noisy Arctic Ocean:

“Climate change is causing sea ice to melt earlier in the spring and to freeze later in the autumn, which leads to a longer open-water season. This is allowing greater access for human activities, including noisy activities such as shipping.” 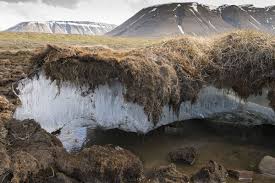 “Frozen Arctic soils are set to release vast amounts of greenhouse gases to the atmosphere as they continue to thaw in coming decades… the scale and speed of this important climate process remain uncertain. 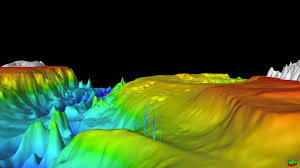 “The moon could be affecting how much methane is released from the Arctic Ocean seafloor, a new study finds.

“The tides, which are controlled by the moon, affect how much methane is released from seafloor sediments: Low tides mean less pressure and more methane released, while high tides create more pressure, and therefore less methane emission…

“It means that slight pressure changes can release significant amounts of methane. This is a game-changer and the highest impact of the study,” study coauthor, Jochen Knies, a marine geologist at the Centre for Arctic Gas Hydrate, Environment and Climate, said.” 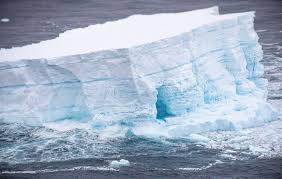 “The icy colossus [iceberg] that is A68a has knocked off a corner, seemingly as a result of striking the seafloor.

“The 3,800-sq-km iceberg, which has been bearing down on the island of South Georgia, looked in recent days to be turning with the prevailing current. But as it spun around, it appears part of the frozen block may have scraped the bed, inflicting damage on itself.” 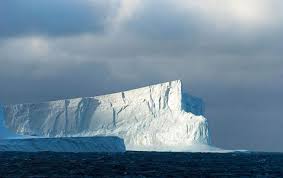 “More than 30,000 tremors have rocked Antarctica since the end of August, according to new research…

“Scientists have been closely monitoring the impact of climate change on Antarctica’s icebergs and glaciers. The snowy peninsula is one of the fastest-warming places on Earth.” 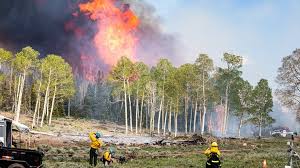 “Smoke from wildfires could be a surprising new route for the spread of infections, according to research. Scientist say that microbes and fungi can survive in large numbers in smoky plumes.

“The authors believe it’s likely that organisms from the soil, known to cause infection, could be transferred in this way. They argue that greater monitoring of wildfire smoke by health authorities is urgently needed.” 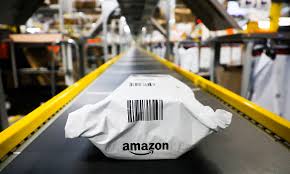 “According to a new Oceana report, Amazon generated an estimated 465 million pounds of air pillows, bubble wrap and other plastic packaging waste in 2019, which, in the form of air pillows, would provide enough plastic to circle the Earth more than 500 times.

“Up to 22 million pounds of this waste, the report estimates, found its way into freshwater and marine ecosystems…”