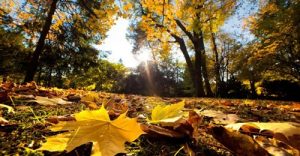 “Never before has the maximum temperature remained in double digits for as long as this year. We are currently at 229 consecutive days with 10C [50F] or higher [Netherlands], which is a record…

““This is quite special,” says meteorologist Yannick Damen of Weeronline about the relatively mild weather. “Many heat records have been broken in recent weeks. Monday was officially the hottest November 9 on record, and a week earlier, on November 2, with more than 20c [68F], it was even the hottest November day we have ever recorded. ”” 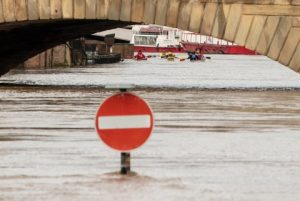 “… we [in the UK] experienced the wettest February on record followed by an incredibly dry Spring in 2020 [followed by a record-breaking heatwave in August]. The chief executive of the Royal Meteorological Society, Prof. Liz Bentley, commented that:

” “It’s unprecedented to see such a swing from one extreme to the other in such a short space of time. That’s what concerns me. We don’t see these things normally happening with our seasons.”“ 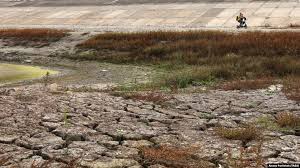 “The government of the Russian Federation believes that the residents of annexed Crimea are themselves to blame for the lack of water on the peninsula, as they “steal water from each other.”

“…In Crimea, reservoirs became shallow as a result of drought. ” [Crimea is having its driest year in 150 years of record-keeping. They are drilling for water in desperation].” 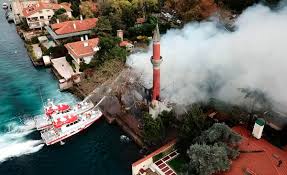 “A historic wooden mosque in Istanbul caught on fire Sunday and Turkish firefighters put out the blaze, working from both land and sea.

“The Vanikoy Mosque built in the 17th century during the reign of Ottoman Sultan IV Mehmed, is located on the Asian side of Istanbul along the Bosporus Strait. Videos showed heavy smoke pouring from the structure.” [Turkey set a slew of heat records in September and October]. 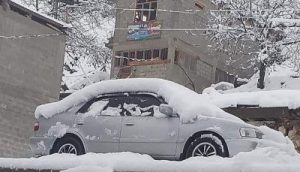 “Lower Dir [Pakistan] was in the grips of an extreme cold weather on Sunday after experiencing what was said to be record rain and snowfall that continued for a second day.

“Up until Saturday, three feet of snow was recorded in Mahodand…” 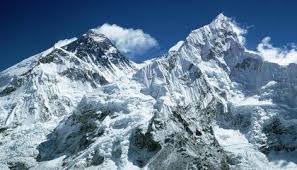 “Between 2004 and 2019, Ganju La glacier, located at the Pho Chhu basin has retreated at an average retreat rate of 11.4 metres per year…” 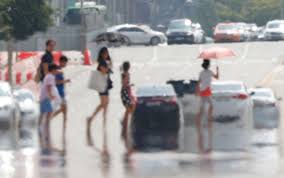 “On Aug. 1, 2018, a record high temperature was recorded in Hongcheon, Gangwon Province, South Korea when the mercury reached 41C [106F]… Scientists say the country will see temperatures of up to 49C [120F] in 40 years if greenhouse gases aren’t reduced.” 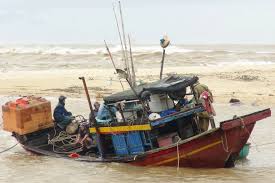 “Thousands of people fled their homes in Vietnam on Saturday as Typhoon Vamco barrelled towards central regions already pummelled by weeks of successive storms.

“Airports have been shut, beaches closed, and a fishing ban put in place…” 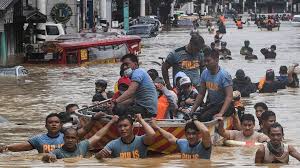 “The death toll from the deadliest cyclone to hit the Philippines this year has climbed to 67, while many areas remained submerged in a northern region…

““This is the worst flooding that we had in the last 45 years,” Cagayan Governor Manuel Mamba said during a briefing with Duterte. “We see that it is worsening every year.”“ 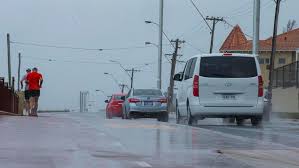 “As of 5pm today [Saturday], heavy showers had dumped 76mm [3 inches] of rainfall in the first two weeks of the month. The downpour has trumped the 1984 November rainfall record of 73.2mm.” 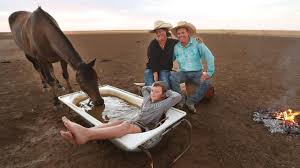 “The Spring heatwave has sent temperatures soaring across Queensland, nudging November records in some areas… The outback town of Winton hit a scorching 44C [111F] this afternoon…

“A fire weather warning is in place for that region due to the very hot conditions and strong, gusty winds.” 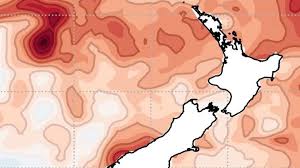 “Some of New Zealand’s coastal waters have now warmed to a “marine heatwave” state – an unusual picture likely to grow even more striking over coming months.

“The unusually warmer seas are a classic calling card of a strong La Nina system that’s now influencing our weather – but also of climate change.” 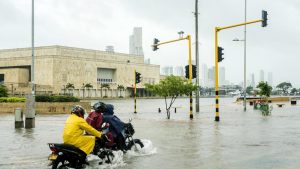 “Colombian President Ivan Duque on Sunday visited areas affected by landslides due to torrential rains, which left three dead and forced the evacuation of hundreds of people.

“The most serious incident was reported at dawn on Saturday along a road connecting the municipalities of Dabeiba and Uramita in the Antioquia province, where a landslide buried houses and vehicles…” 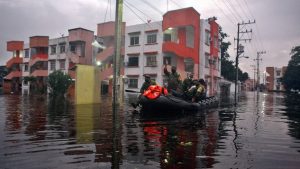 “A trailer with more than 42 tons of food and other products arrived in the city of Villahermosa , the capital of the state of Tabasco [Mexico], which has been seriously affected by the rains… 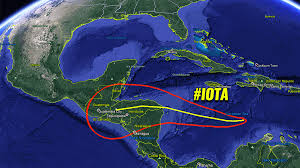 “The storm known as Iota rapidly strengthened into a Category 2 hurricane Sunday evening and is expected to slam into storm-ravaged Central America in the coming days.

“Iota is forecast to make landfall as a Category 4 [winds already up to 155mph now]. It will be the second major hurricane to hit the region in the past two weeks.” 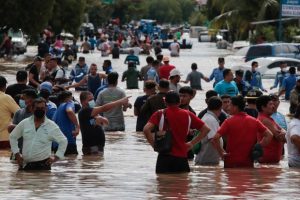 “Climate scientists say that this year’s record-breaking hurricane season and the “unprecedented” double blow for Central America has a clear link to the climate crisis. 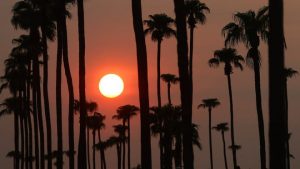 “After a brief run of sweater weather, temperatures are heating back up in Phoenix, and a new set of potential records are up for grabs.

“Monday through Thursday, temperatures will be inching close to 90 degrees in the lower deserts. If temperatures overperform, Phoenix could see the latest 90F [32C] day ever recorded.” 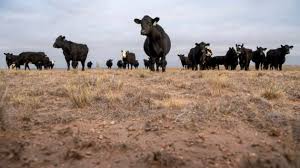 “New Mexico ranchers face historic drought: Drought has decimated the tall grasslands that once blanketed the landscape, replacing them with weeds and other less edible plants…

“Ranchers across New Mexico are selling off large portions of their cattle, in some cases more than half their herds, as drought has ravaged what little grassland remains.” 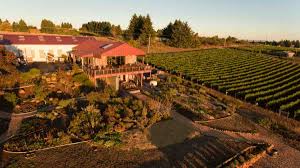 “A million acres worth of wildfire smoke [Oregon] fueled Brooks Winery’s decision to skip the 2020 vintage.

“Instead of rolling the dice on potentially damaged grapes, the Amity-based winery walked away from the table.” 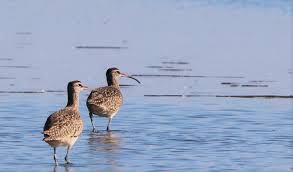 “On Virginia’s far Atlantic flank, a cherished store of salt marshes is being lost:

“As increasing global air and ocean temperatures accelerate the movement of the barrier islands landward, the Eastern Shore’s salt marshes are disappearing faster than they can rebuild themselves, leaving the mainland more vulnerable to rising waters and increasingly violent storms.” 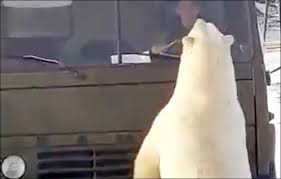 “A heart-warming video has surfaced that shows almost a dozen polar bears circling and climbing onto a garbage truck in Russia with the driver inside.

“Such interactions between polar bears and humans in the Arctic are likely to become more frequent, as… climate change has led to a decrease in sea ice, depriving these predators of some of their hunting grounds and forcing the animals to find new ways to feed.” 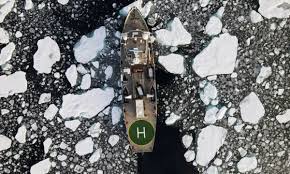 “When the Arctic researchers Jacqueline Grebmeier and Lee Cooper made their annual scientific pilgrimage to frigid seas off Alaska last month, what they found was startling.

“Areas that were previously accessible at that time of the year only with an ice-breaking ship had become open, wavy water. “We packed our long underwear, and we never put it on,” Cooper said.”

“The reality is most people don’t ‘get’ how big the climate crisis really is, how enormous the impact of endlessly pumping pollution into our biosphere causes and how much of an existential threat that poses us all as a species…

“We can barely cope with the first wave of disruptions, how on earth will we cope when the enormity of events eclipse these small ones?“

You can read the previous ‘Climate’ thread here and visit my Patreon page here. I’ll be back on Monday with an ‘Economic’ thread.