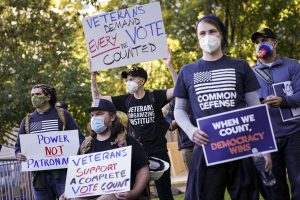 “Rarely in American history has so much happened and still changed so little. In 2020 alone, the House impeached the president, a pandemic killed more than 230,000 Americans and seriously sickened countless more, we endured a historic economic collapse, and a shocking act of police brutality in Minneapolis ripped the scabs off America’s racial divisions, leading to protests and civil unrest in cities and towns from coast-to-coast.

“Any one of those events would be historic and traumatic. All of them together have rendered 2020 uniquely painful for the American public. Yet, politically, it’s remarkable how these seismic events have led to very little political change.”

“…one thing is clear: America, no matter who wins, is bitterly divided and uncertain as to how it should proceed.

“So toxic is the polarisation that one would need to go back to the late 1960s – race riots, counterculture, Vietnam War protests – to find any meaningful analogy in recent history.” 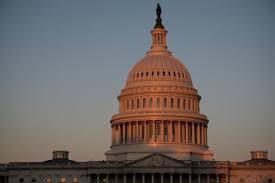 “Many Wall Street banks’ favorite lawmakers were returned to Congress overnight, boding well for the industry which has been trying to rebuild a broad base of bipartisan support a decade after the financial crisis tarnished its image in Washington.”

“Congress’ failure to extend supplemental unemployment insurance benefits is taking a serious financial toll on millions of laid-off or furloughed US workers and exacerbating wealth inequality, according to a new study.” 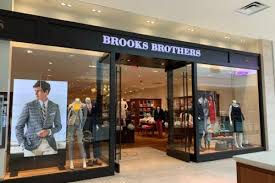 “The two U.S. mall owners that filed for bankruptcy on Sunday could be just the beginning.

“As retailers ranging from J.C. Penney Co. to Brooks Brothers Group Inc. go bust, their landlords are struggling, too.” 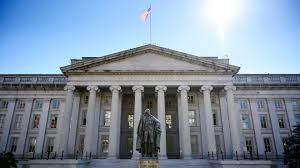 “The U.S. Treasury further expanded sales of longer-term debt in its issuance plan for coming months as it anticipates more fiscal stimulus to shore up the economic recovery…

“…the Treasury Department on Wednesday said it will issue $122 billion of notes and bonds at next week’s so-called quarterly refunding auctions — the third straight quarterly record.” 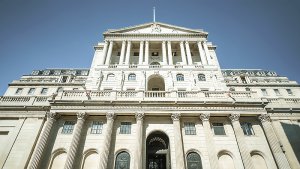 “The Bank of England Has a Transmission Problem:

“Mortgage lenders have hiked borrowing costs even as the Bank of England has reduced its key policy rate… For lenders who were already nervous about borrowers being unable to pay their debts, the prospect of a second collapse in growth will prompt them to rein in their support even further.” 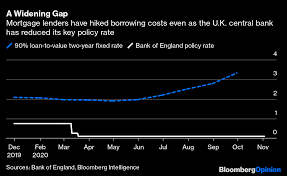 “As England entered its second lockdown of the year, the Bank said its decision to unleash more quantitative easing (QE) now would help oil the wheels as large parts of the economy grind to another coronavirus-enforced halt.” 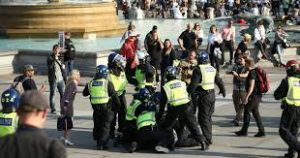 “Demonstrations of more than two people are to be banned during the month-long lockdown in England, after ministers removed an exemption that has allowed protests to take place in recent months.

“Priti Patel is understood to have briefed chief constables over enforcement after Boris Johnson’s ditched regional rules in favour of national measures to curb transmission of coronavirus across the country.”

“Only 12% of agents will still be in business by July if nothing is done, Advantage predicts.”

“Unemployment rates are soaring around the Mediterranean.” 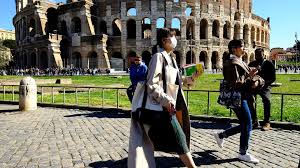 “Italy Faces Prospect Debt Will Spiral Out of Control Next Year:

““Italy will end this year with debt-to-GDP at around 160% — if the economic rebound is limited, we risk an explosive debt dynamic already in 2021,” Luigi Marattin, who heads the finance committee in the Lower House of parliament, said in an interview Wednesday.” 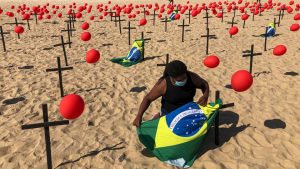 “Over and out: Emerging Markets central bank 20-month easing cycle grinds to a halt:

“Central bank interest rate cuts across emerging markets ground to a halt in October, bringing to an end an easing cycle that had exceeded the one sparked by the 2008 financial crisis and the 2010 euro crisis.” 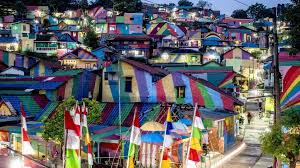 “Indonesia has fallen into its first recession in 22 years as the coronavirus pandemic continues to take it toll.

“South East Asia’s biggest economy saw growth fall 3.49% in the third quarter of the year, compared to the same period in 2019. Following a fall of 5.32% in the second quarter of 2020, this has pushed Indonesia into a recession.” 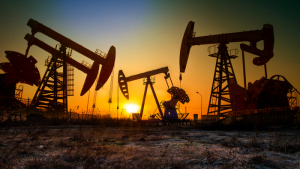 “The Organization of the Petroleum Exporting Countries and Russia are considering deeper oil output cuts early next year to try to strengthen the oil market, one OPEC source and one source familiar with Russian thinking said on Tuesday.” 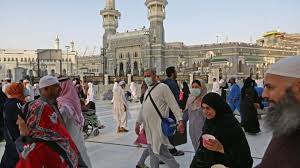 “Aramco’s Profit Drop Is A Dire Warning For Saudi Arabia:

“By reporting a 44.6% decrease in profits in Q3 2020, Aramco has put a major damper on Saudi Arabia’s economic diversification strategies and overall stability… Worryingly, even those disappointing financials were helped by several royalty changes that boosted profits.” 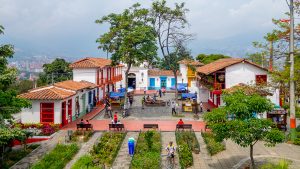 “Once again, the strife-torn Latin American nation of Colombia finds itself facing yet another crisis. After decades of civil conflict, a failed peace deal with the largest guerilla group the FARC, rising violence, and the fallout from the COVID-19 pandemic, the nation’s energy self-sufficiency is deteriorating posing a direct threat to economic development.” 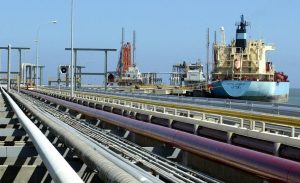 “Venezuela’s oil industry on its last legs: The IMF expects Venezuela’s economy to shrink by a disastrous 25% during 2020, after contracting by an incredible 35% in 2019. The deterioration of the Latin American country’s economy could be even worse than projected because of the impact of the COVID-19 pandemic on Venezuela…

“More worrying is that PDVSA’s vital oil infrastructure and refineries continue to deteriorate.” 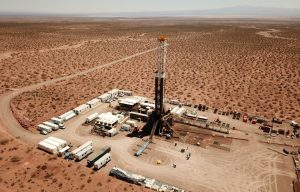 “The administration of Argentina’s President Alberto Fernández is growing increasingly desperate to restart the burgeoning oil boom which was underway before the COVID-19 pandemic hit. 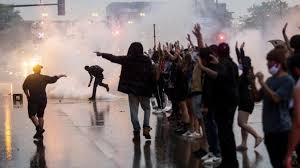 “US election result is in doubt, but one thing’s for sure: The economy will never be the same:

“Led by America, interest rates have plunged to zero. Wages growth is non-existent. Asset prices have headed for the moon. Debt levels have exploded. Inequality has become entrenched. And social unrest is brewing across the developed world.”

““The world today is full,” Tainter writes. Complex societies occupy every inhabitable region of the planet. There is no escaping. This also means, he writes, that collapse, “if and when it comes again, will this time be global.”

““Our fates are interlinked. “No longer can any individual nation collapse. World civilization will disintegrate as a whole.”“