“Real yields on major sovereign bonds are deeply negative and expectations for positive returns anytime soon have disappeared as aggressive monetary easing and asset purchase programmes have much further to run, a Reuters poll showed.

“…expectations for real returns over the coming year for those bonds adjusted against inflation were still negative, despite the massive and increasing government borrowing loads. 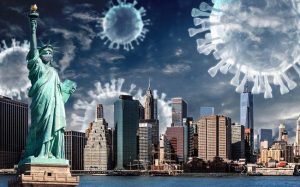 “Commercial properties hit by the economic effects of coronavirus could have lost as much as one-quarter of their value or more, laying bare the scale of the damage being wrought across American malls, hotels and other commercial buildings. 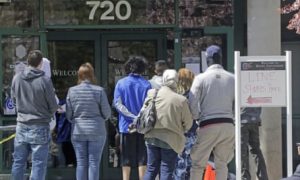 “Despite the rebound from the coronavirus pandemic, only half of the [US] jobs lost since the outbreak began have since been regained…

“Equity investors have been rattled this month by worries over the fragility of the economic recovery, fed in part by cautious statements made by central bank officials. Meanwhile, the risks of a second wave of coronavirus cases and a possible disputed presidential election appear to be growing.”

“The economic blows dealt by COVID-19 have clearly impacted people’s ability to put food on the table, and it appears the worst is yet to come.”

“The unemployment rate in New York City is 16 percent; twice as high as the rest of the country. Personal income tax revenue is expected to drop by $2 billion this fiscal year. Only a third of hotel rooms are occupied, and apartment vacancies in Manhattan have hit a peak.

“New York, more than any large city in the world, has been forced to grapple with the coronavirus outbreak’s dual paths of devastation…” 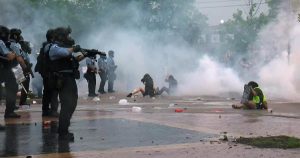 “November may be the darkest month Americans have seen in a long time:

“…we may have a Dark November: disbelief, ambiguity, rage, resistance, depression. A contested election piled on to economic and racial turmoil, destruction and trauma from epic wildfires out West, and a possible third wave of the coronavirus — all while colder weather traps us in our homes and shorter days rob us of light and warmth.” 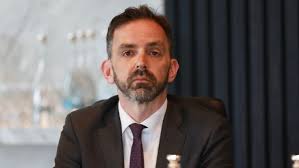 “A significant number of borrowers hit by the COVID-19 crisis will probably be unable to return to full loan repayments when breaks of up to six months provided by lenders expire, Ireland’s Central Bank Deputy Governor Ed Sibley said on Monday…

“He urged lenders to use all options but not to overly rely on further temporary forbearance in order to avoid a build-up of distressed debt in a country still dealing with soured mortgage loan the financial crisis a decade ago.” 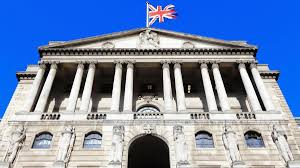 “It seems vaguely ridiculous that we are having a conversation about a world of low interest rates 11 years after base rate was first slashed to 0.5 per cent [UK], but it is only now that the real long-term consequences are hitting home.

“Faced with a brutal financial crisis, [UK] institutions have nowhere to turn.” 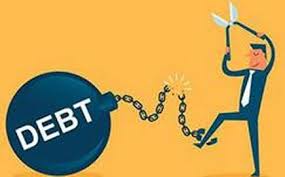 “There’s only one way to pay for our [UK] Covid borrowing, and it’s going to be painful:

“Creditors are facing haircuts through the backdoor of inflation as alternatives are too awful to contemplate.” 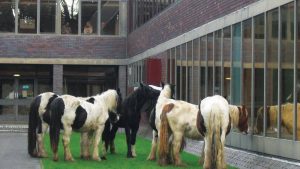 “Thousands of [UK] horses are at risk of being abandoned because of the economic downturn predicted due to Covid-19, the CEO of the RSPCA has said as he encouraged those with money and land to adopt a pony.

“During the ‘equine crisis’ caused by the 2008 recession, the number of horses in care of the charity increased threefold. As the economic crisis hits, along with predicted cold weather, flooding and a potential second wave of the virus, the future for the country’s horses is bleak.”

“…thanks to the pandemic, many apples [UK] will be left to rot on the ground because demand for cider and luxury juices has fallen dramatically.”

“The chances of Britain leaving the European Union without a trade deal have risen dramatically in the last three months, according to major investment banks, most of which now see the probability of such an outcome at 50% or higher.

“Britain left the EU in January but is currently in a status-quo transition period, which ends on December 31…” 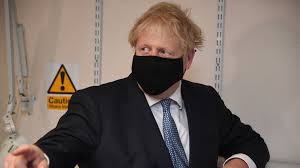 ““Every week is an ordeal,” says one veteran Conservative MP. “It’s driving me bonkers.” Another adds: “There are MPs frothing at the mouth. Of course people understand that Boris Johnson won the last election but there is a really mutinous feeling in the air, a sense that he has lost control of his own party.”

“It is against this chaotic backdrop that Mr Johnson and Mr Gove enter a crucial week of trade talks with the EU.”

“More than 700,000 jobs would be at risk for EU companies exporting to Britain if the UK and Brussels fail to agree a trade deal this year, according to a leading German economic research institute.” 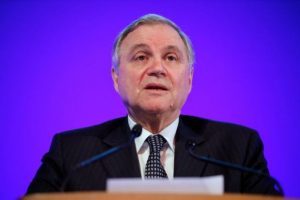 “European Central Bank policymaker Ignazio Visco has warned that the recent strength the euro has seen could trigger a reaction from officials if it continues to drag inflation away from its target.

“Visco, Italy’s central bank governor, said the executive board was in agreement on the matter, according to a report from Reuters.

“Speaking at an event in Trento, he said: “The euro’s recent strengthening is worrying us because it generates further downward pressures on prices at a time when inflation is already low.””

“European businesses are preparing for a historic recession…

“Decreased revenues have reduced businesses’ cash flow and increased pressure on their outgoing payments. The initial impact on the European payments landscape continues to be dramatic, says Mikael Ericson, President and CEO of Intrum.” 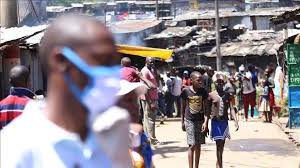 “…There are signs that the ability of emerging economies to borrow is reaching a limit. Interest rates on local debt markets are rising. Foreign investors are losing their appetite: a capital flows tracker by Capital Economics suggests that emerging markets suffered net capital outflows of $30bn in August, their biggest outflows since the $55bn the consultancy registered in March at the height of the market panic.

“For many emerging markets, what looks like an escape may be no more than a reprieve.” 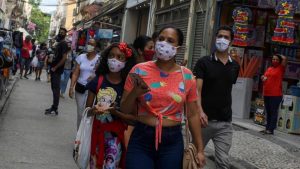 “The Covid-19 pandemic marked a turning point for ‘unconventional’ monetary policies in Emerging Markets (EMs), several of which embarked on government bond purchase programs to address market dislocations and ease monetary conditions in the short run.

“However, debt sustainability and inflation are the biggest risks ahead, especially for Brazil, Costa Rica, India, Turkey and Hungary.” 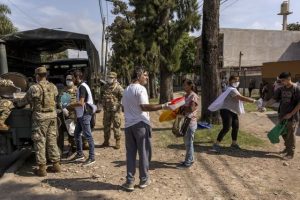 “Millions are getting pushed into poverty, moving from relatively comfortable lives to not knowing where their next meal is coming from…

“He couldn’t feed his family. Matilde Alonso knew it was true but couldn’t believe it. The pandemic had just hit Guatemala in full force and Alonso, a 34-year-old construction worker, was suddenly jobless.” 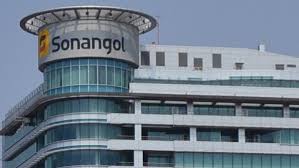 “Angola’s state oil giant made no money from core oil activities last year, a Reuters analysis of its full accounts shows, as billions of dollars of debt repayments ate up profits. 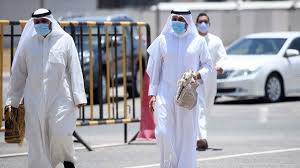 “Gulf nations led by Saudi Arabia have been putting on a brave face and touting the strength of their economies, claiming they can withstand any scale of shocks during the oil crisis.

“Unfortunately, a growing body of evidence suggests pretty much the opposite: the Gulf economies are in dire straits.” 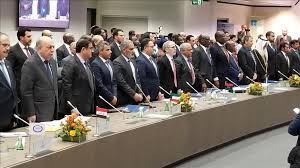 “Oil producers could be set for another showdown before the end of the year, with heavyweights Saudi Arabia and Russia holding different views on how to approach the halting recovery in oil demand…

“We should all remember what happened last time they couldn’t agree on what to do.” 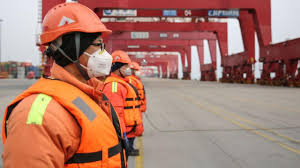 “China’s official figures say that industrial production has bounced back strongly and the construction industry is positively booming.

“But behind the big headline forecasting a swift global recovery, there lurks a very different reality which Chinese households and local governments are experiencing.” 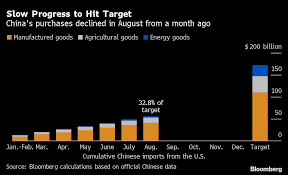 “China reduced the pace of its purchases of U.S. goods in August, making slow progress in meeting the goals of its trade deal with the world’s biggest economy.

“The value of U.S. goods bought by China declined from the previous month, led by a slowdown in energy products…” 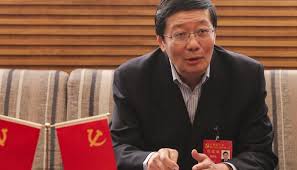 “China could be locked into a no-win global situation for years, with the world on the brink of financial turmoil that could surpass that of the global financial crisis more than a decade ago, former Chinese finance minister Lou Jiwei has warned.”

“[He] urged the world’s major economies to rapidly roll back their extremely loose fiscal and monetary policies to avoid a major global financial problem.” 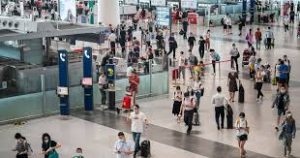 “China doesn’t care about its bottom 60 per cent… poorer households are still struggling.

“The rebound Beijing engineered is K-shaped, exacerbating widening income inequality, which was already a problem before the pandemic.” 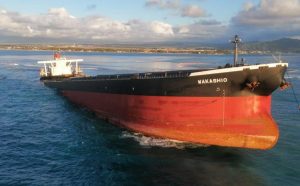 “How many more signals do world leaders need to see to believe that global shipping is an industry in meltdown?

“…every indication points to a rapid growth in incident rates as mariners’ stress and fatigue reach unprecedented levels.” 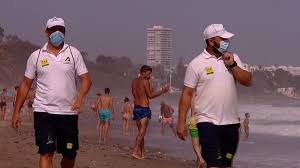 “A few weeks ago the first comprehensive statistics emerged showing just how severely the global shutdown obliterated the holiday industry.

“According to the United Nations World Tourism Organisation, international arrivals fell 65 per cent during the first half of the year. Looking only at the period April-June the damage is even more remarkable, with overseas trips across the planet down 95.2 per cent.” 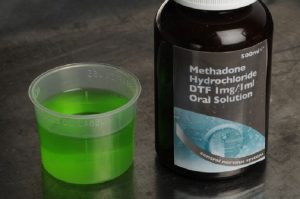 “…central banks are digging deeper and deeper into their monetary toolboxes to cushion the Covid-19-induced shock to the global economy. The pandemic cast aside the notion that the banks were already at full stretch… It’s a policy spiral that began after the 2008 financial crisis…

“…Teresa Kong, a portfolio manager at Matthews Asia in San Francisco, says the world may be getting hooked. Central bank support, she says, is “like a drug: The more you take, the higher your tolerance and the deeper your addiction. It’s going to take a lot to get us out of this.” 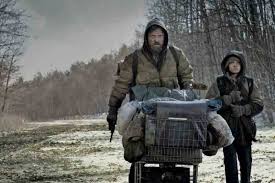 “I’ve warned for several years now that our growing global debt load is unpayable and we will eventually “reorganize” it in what I call The Great Reset. I believe this event is still coming, likely later in this decade.

“Recent developments suggest it will be even bigger than I expected. You could even say I’ve been too optimistic.”

You can read the previous ‘Economic’ thread here and visit my Patreon page here. I’ll be back with a climate round-up tomorrow.