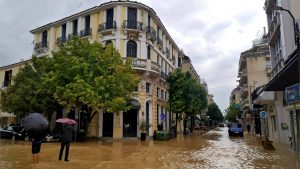 “Ianos uprooted trees and caused power cuts on the Ionian islands and the western Peloponnese.

It swept through central Greece on Saturday, hitting the cities of Karditsa and Farsala before it moved south to the island of Crete.” 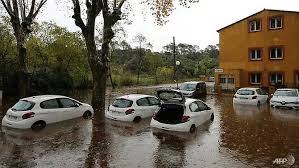 “Emergency services have mobilized helicopters and 700 personnel to assist inhabitants hit by the flooding, which has also cut off road access, water and electricity supplies to some locations.” 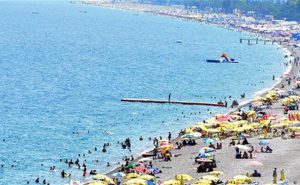 “Turkey’s tourism hub Antalya on the Mediterranean coast is experiencing the hottest September of the last 70 years due to warm weather front from North Africa, causing rising temperatures across the region.

“The Mediterranean province was hit by sweltering conditions, with temperatures in some areas reaching almost 35 degrees Celsius in recent weeks.” 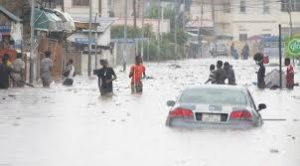 “Five persons died and seven got injured in recent floods in the Upper Region of Ghana, preliminary data from the Regional Directorate of the National Disaster Management Organisation (NADMO) has shown…

“Over 2,500 hectares of farmlands in the Region were destroyed by the floods…” 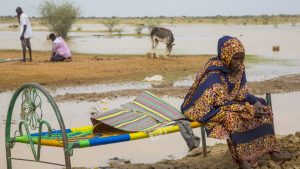 “Thousands of people continue to live under the threat of incoming heavy rain and further flooding in parts of Sudan, months after floods ravaged nearly all of the country’s states.

“Since July, at least 115 people have been killed in the aftermath of days of torrential rains that brought record-breaking flash floods.” 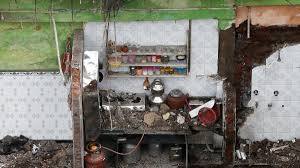 “At least 10 people were killed on Monday and dozens were feared trapped when a portion of a three-storey residential building collapsed on the outskirts of the Indian city of Mumbai, officials said…

“Torrential rain is often blamed for building collapses in India, with the number of incidents, often involving old or illegally built buildings, rising during the June-September monsoon.” 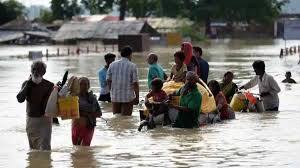 “Due to the coronavirus pandemic and the floods, the tea industry of Assam is facing a huge loss. Till August, the production loss was about 25 per cent, compared to the situation the previous year. 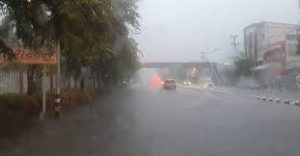 “Twenty-two provinces in Thailand have been severely affected by flash floods due to tropical storm Noul, said a senior government official on Sunday…

“The flash floods and excessive rainwater, caused by the tropical storm covering all regions of the country, have damaged infrastructures, farms, villages and other property in 22 provinces over the last few days…” 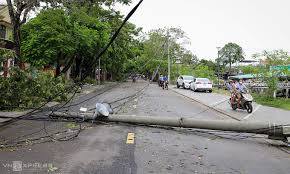 “Storm Noul has claimed at least six lives, left 112 others injured and led to a massive blackout in central Vietnam.

“The worst affected is Thua Thien-Hue Province, where at least four people died, according to the Central Steering Committee on Natural Disaster Prevention and Control.”

“New Zealand could be on track for another unusually hot summer, with a top climate scientist already calling the arrival of a “humdinger” La Niña system, along with likely balmy seas.

“Professor Jim Salinger said it was possible a “marine heatwave” for 2020-21 could even approach the scale of a freakish event three years ago, while fuelling high temperatures on land.” 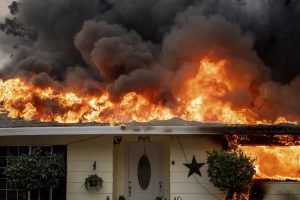 “It’s not just the nearly 7,900 wildfires that have consumed more than 3.4 million acres and claimed 26 lives in California that have Arthur Gies looking online for apartments in New York.

“”It’s not necessarily this year of wildfires so much as the dam breaking on the realization that this is not just the new normal but just a prelude to what’s coming,” the 39-year-old Oakland resident says. “And just being sort of tired of this being normal.”” 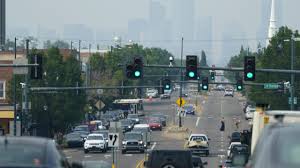 “Denver hit 90 degrees Saturday for the 74th time this year, setting a record for the most ays at 90 or above, according to the National Weather Service in Boulder.

“The previous record was set in 2012, when Denver experienced 73 days with temperatures in the 90s. This year, Denver also recorded its latest 100-degree day on the calendar ever, on Sept. 5.” 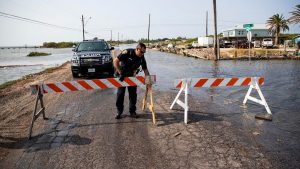 “If storm Beta makes landfall in Texas, which forecasters predict it will sometime on Monday, it would be the ninth named storm to make landfall in the continental US in 2020. Colorado State hurricane researcher Phil Klotzbach said that would tie a record set in 1916.

“Forecasters ran out of traditional storm names on Friday, forcing the use of the Greek alphabet for only the second time since the 1950s.” 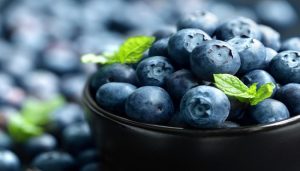 “A late spring frost, a devastating drought and labor troubles wrought by the coronavirus pandemic conspired to make 2020 a difficult year for the wild blueberry producers who harvest the fruit in the nation’s northeastern corner.” 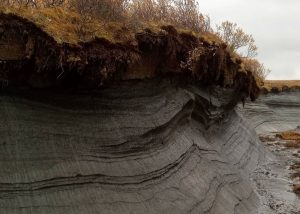 “Municipal Mayor Oleg Shabalin got a very direct and personal encounter with climate changes in the Arctic when he this week visited a coastal area near his home town of Gyda.

“Across a 200 meter wide belt, the tundra had collapsed and vast masses of mud and melted permafrost slid into the nearby sea.

“As the town mayor was on site, melted ground continued to flow towards the shore.” 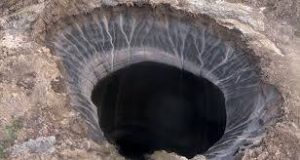 “Another enormous crater has been found on the Arctic tundra in Siberia. The latest depression, which is 650 feet wide, was found on the Gydan peninsula—a region to the east of the Yamal peninsula, where a 165 foot deep crater was recently discovered.

“The latest crater was found by Oleg Shabalin, head of the nearby Gyda village.” 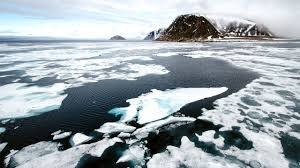 “What’s causing this decline in minimum sea ice extent? The short answer is our changing climate.

“But the more specific answer is that Arctic sea ice is increasingly being thinned not just by warm air from above but by ever-warmer waters from below.” 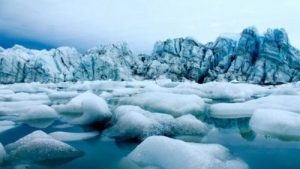 “The Arctic is already shifting to an entirely new climate regime, marked by the escalating trends in ice melt, temperature rise and rainfall days – and scientists are worried.” 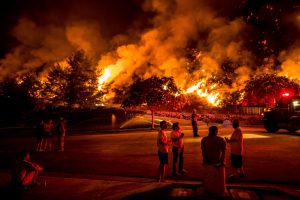 “How climate migration will reshape America:

“…of all the devastating consequences of a warming planet — changing landscapes, pandemics, mass extinctions — the potential movement of hundreds of millions of climate refugees across the planet stands to be among the most important…”