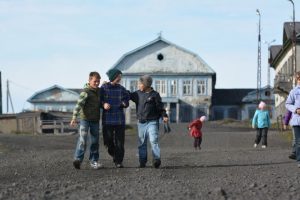 “The summer of 2020 beat the records. Since measurements started in year 1881, the temperatures in the Arctic have never been this high, according to Russia’s meteorological service Roshydromet.

“Russian Arctic temperature records have this summer come one after another…. In June, the village of Vekhoyansk in northern Yakutia had the highest temperature ever measured north of the Arctic Circle — 38 degree Celsius.”

“”She quickly left the place just in time before it exploded. If she had shown more curiosity, she would have been killed by this explosion and we would have the first victim.”” 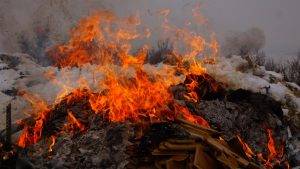 ““Zombie” wildfires that were smoldering beneath the Arctic ice all winter suddenly flared to life this summer when the snow and ice above it melted, new monitoring data reveals.

“And this year has been the worst for Arctic wildfires on record, since reliable monitoring began 17 years ago…”

“From South Jordan to South Willard and beyond, northern Utah residents are reporting widespread wind damage from an arctic storm the day after Labor Day.” 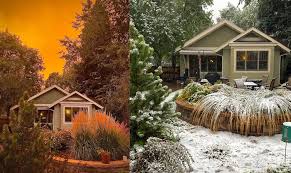 “Winter weather advisories and winter storm warnings blanket the Rockies, the alerts Monday overlapping with warnings advertising high fire danger as wildfires continue to rage across the West. Exceptionally hot, dry weather this week left many asking “is this a joke?” when bulletins were issued for the sudden anticipated snowfall.” 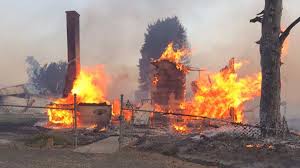 “Uncontrolled wildfires driven by high winds and unprecedented temperatures raged across the U.S. West on Tuesday, incinerating the Washington town of Malden and threatening communities in Oregon and California…

““The scale of this disaster really can’t be expressed in words,” said Brett Myers, sheriff of Whitman County, where the town of 200-300 people is located. “I pray everyone got out in time.””

“California is having a record-breaking year of flames, as dozens of wildfires have set the state ablaze. Wildfires have burned more than 2.2 million acres (8,903 square kilometers) across California this year…

“”This is crazy. We haven’t even got into the October and November fire season and we’ve broken the all-time record,” Cal Fire Capt. Richard Cordova told CNN.”

“The 2020 Atlantic hurricane season is continuing to chug along at a record pace with Tropical Storm Paulette and Tropical Storm Rene forming over a period of just six hours Monday, as forecasters warn most of the strongest storms lie ahead.

“So far, 17 named storms have formed… putting it on a pace unseen since record-keeping began in 1851.” 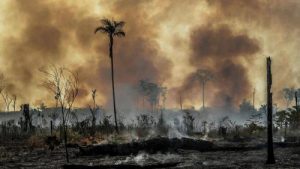 “Deforestation in Brazil’s Amazon hit an 11-year high last year and has soared a further 25 percent in the first half of 2020, according to INPE.

“The tree loss is driven mainly by forest being cleared for cattle ranching, soy cultivation, and illegal gold mining and logging.” 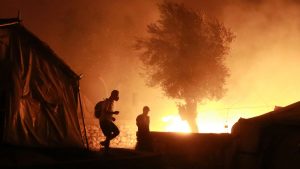 “Thousands of migrants fled a camp under COVID-19 lockdown after multiple fires gutted much of the site on the Greek island of Lesbos, authorities said early Wednesday…

“Wildfires fanned by strong winds were also burning in two other areas on the island.” 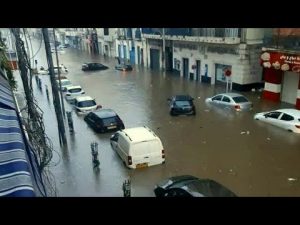 “”The rains that fell on the night of Monday, September 7 in Algiers caused significant damage. These stormy rains, accompanied by hail, flooded several towns in the capital and paralyzed road traffic on several axes.” 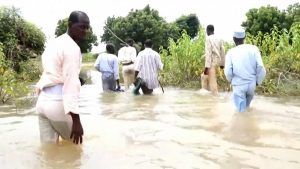 “Over 1,500 families in Northern Cameroon have been displaced as overwhelming floods – from heavy rainfall in the town of Maroua the last few days, have destroyed their homes, washed away livestock and devastated plantations.

“The installed embankment along the Logone River has also given out and even bridges have collapsed, leaving the inhabitants despondent [I’ll bet!].” 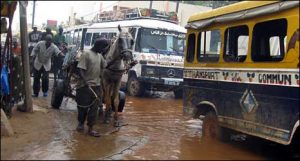 “There is anger in Senegal over severe flooding that has left at least four people dead after Dakar and wide swathes of the country were steeped in heavy rains. Roads were blocked and homes collapsed.” 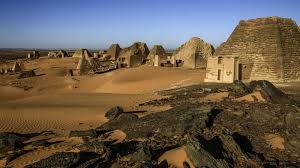 “Rising Nile floodwaters are threatening to swamp an ancient archaeological site in Sudan after rivers in the country reached some of the highest ever recorded levels, archaeologists said.

“Teams have set up sandbag walls and are pumping out water to prevent damage at the ruins of Al-Bajrawiya, once a royal city of the two-millennia-old Meroitic empire…” 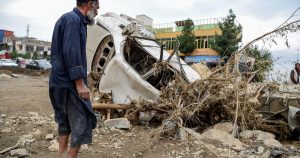 “Projections show rainfall patterns shifting in Afghanistan, with longer dry spells, but heavier rain is also predicted in the spring and summer when the parched land cannot absorb it…

““Afghanistan is extremely vulnerable to climate change. In a country where more than 50 per cent live in poverty and rely on the environment for their livelihoods, the effects of climate-induced disasters such as droughts and floods could be disastrous. Nor is the country equipped to handle these disasters.””

“Torrential rains have claimed 246 lives and injured 170 others in Pakistan since June when the monsoon began in the country, the disaster management agency said on Monday.” 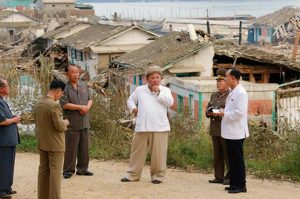 “The typhoon damage left North Korea “with the situation in which we cannot help but change the direction of our struggle after comprehensively considering the year-end tasks that were under way … ” Kim said in a statement carried by KCNA.” 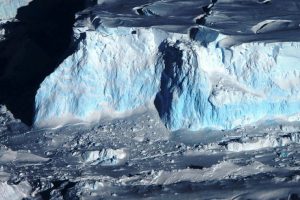 “Scientists may just have identified Thwaites Glacier’s Achilles heel. This Antarctic colossus is melting at a rapid rate, dumping billions of tonnes of ice in the ocean every year and pushing up global sea-levels.

“Now, a UK-US team has surveyed the deep seafloor channels in front of the glacier that almost certainly provide the access for warm water to infiltrate and attack Thwaites’ underside.” 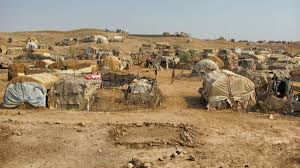 “From erratic rainfall to severe droughts, global warming is increasing competition for water around the world, with water-related conflicts on the rise.

“According to the WRI, more than two billion people live in countries experiencing “high” water stress.” 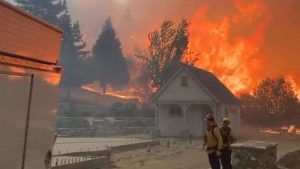 “A report commissioned by federal regulators overseeing the nation’s commodities markets has concluded that climate change threatens U.S. financial markets, as the costs of wildfires, storms, droughts and floods spread through insurance and mortgage markets, pension funds and other financial institutions.

““A world wracked by frequent and devastating shocks from climate change cannot sustain the fundamental conditions supporting our financial system,” concluded the report…”

You can read the previous ‘Climate’ thread here and visit my Patreon page here. I’ll be back tomorrow with a climate round-up.