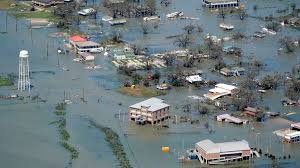 “Flooding caused by heavy rains in Niger has killed at least 45 people this week and forced more than 226,000 from their homes.

“Niger’s western region has been hardest hit by days of torrential rain that caused the Niger River to overflow, essentially shutting down the capital, Niamey.” 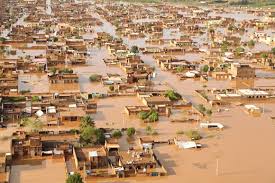 “Flood waters have reached record highs in Khartoum this summer, claiming 86 lives since July and destroying or damaging more than 30,000 buildings…

“…the Blue Nile’s water level in Khartoum has reached 17.32 metres.”

“An horrific event in Uganda left many children dead and injured during a serious electrical storm.

“During a football match in the northwest Ugandan city of Arua, a huge lighting storm hit the pitch and nine children between the ages of thirteen and fifteen lost their young lives.” 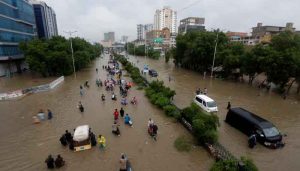 “Heavy [record-breaking] rains have hit parts of Pakistan, including the financial capital of Karachi, for a fifth straight night, bringing further flooding to towns and villages and leaving at least 36 people dead.

“About 76cm (30in) of rain have fallen in Karachi since Sunday…” 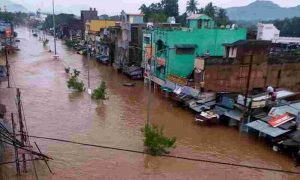 “India has received the highest rainfall in the month of August this year since 1976—25 per cent more than the average, after recording 10 per cent less downpour than the average in July, thus setting a new record after 44 years, the IMD said…

“According to the IMD data, central India received the highest rainfall in August—57 per cent above the average…”

“Flooding in the riverside villages of Aul, Pattamundai and Rajkanika blocks [Odisha, India] has given rise to fear of crocodiles from Bhitarkanika National Park entering human habitations.

“Several crocodiles have strayed into Brahmani, Kharasotra and Kani rivers from the… Bhitarkanika National Park due to the floods. “ 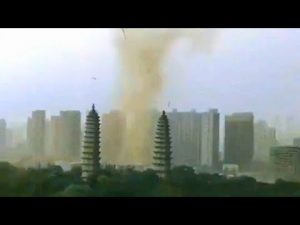 “A tornado hits the Yingze district of Taiyuan, Shanxi, China.

“The tornado appears between the landmark twin pagoda towers of the Yongzuo temple, dating from the Ming Dynasty. 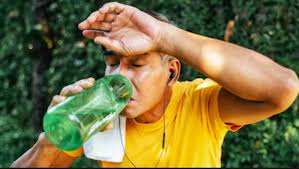 “This summer has been the hottest ever recorded in Taiwan, with several monitoring stations having reported record temperatures, the Central Weather Bureau (CWB) said yesterday…

“Several weather monitoring stations have recorded the highest temperatures ever, including 40.2°C in Taitung County’s Dawu Township, 39.7°C in Taipei…” 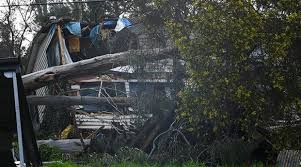 “A man, a woman and a four-year-old boy have been killed by falling trees in separate incidents, after wild winds swept across parts of Victoria state in eastern Australia. 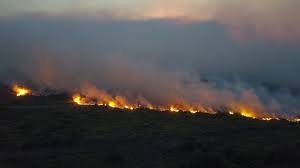 “South America’s Pantanal wetlands — reaching into Brazil, Bolivia and Paraguay — are burning at a record pace this year.

“In Brazil, a sanctuary that was home to some of the world’s last surviving blue macaws said it was devastated by fire. And in Argentina, thousands of acres of wetlands around the Parana River have been ablaze for months…”

“California may experience its worst year for wildfires in decades… it has already battled two of the three largest blazes in its recorded history… even before the peak season begins. 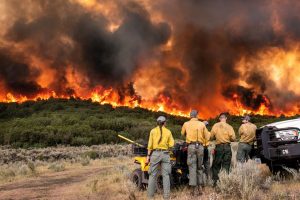 “The Pine Gulch Fire is the largest in Colorado’s history, covering more than 139,000 acres.

“Two other major fires are burning in the state as firefighters work to control them.” 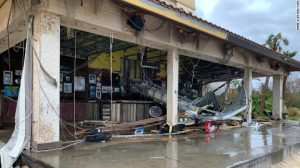 “Before and after images have shown the devastation Hurricane Laura has brought to the Gulf Coast of the US.

“The category 4 storm, one of the strongest to ever hit the US, left six people dead and flattened buildings across Louisiana on Thursday before moving inland to Arkansas with heavy rains.”

“Although the remnants of Hurricane Laura are still drenching parts of the eastern U.S. Friday, there are already concerns about more storms stirring in the Atlantic Ocean. The National Hurricane Center has identified two areas for potential tropical development, one in the central Atlantic, the other in the eastern Atlantic.” 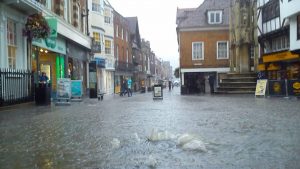 Weather whiplash for the UK: “Forecasters have predicted Bank Holiday Monday could be the coldest on record after torrential rain caused flooding in parts of the UK. 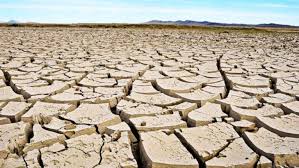 “With climate models forecasting an increase in long dry spells, heatwaves and drought, as well as intermittent inland floods and violent downpours, many small settlements in Hungary are already suffering from the effects of climate change and extreme meteorological events.

“Just one example is the record 1,000 millimetres of precipitation in 2010 that caused widespread inland waterlogging, only to be followed by two dry years.” 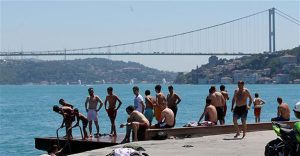 “A heat wave has started taking hold in the Marmara region in western Turkey and is expected to continue throughout next week.

“Adana, one of the hottest cities in the country, is also set to see record temperatures over the weekend.” 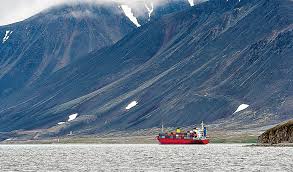 “Traffic through the Arctic’s busiest lane along the Siberian coast increased 58 percent between 2016 and 2019… As those heavy ships burn fuel, they release climate-warming carbon dioxide as well as black soot.” 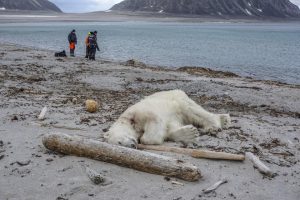 “Experts say polar bears’ hunting grounds have diminished as the Arctic ice sheet melts because of climate change, forcing them into populated areas as they try to find food.”