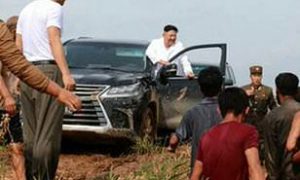 “Torrential rains have flooded hundreds of North Korean homes and wiped out vast swaths of rice fields in the country’s agricultural heartland, according to state media, intensifying worries about a poor harvest and food supply shortage.

“The Korean Peninsula has seen a much longer than usual monsoon seasons this year. The rains are expected to continue for much of the week.

“South Korea has seen 49 consecutive days of rain — the longest streak on record.” 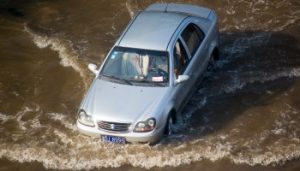 “Six people were unaccounted for as of 9:00 a.m. today after heavy rain hit Ya’an city, southwestern Sichuan province, according to the provincial flood control and drought relief headquarters, Xinhua reports…

“The maximum rainfall reached 447.5 millimeters [17.6 inches], which was monitored in Lushan.” 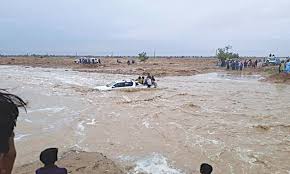 “Provincial spokesman says authorities striving to provide relief to all those affected by the heavy rainfalls.

“At least 10 people have died to rain-related incidents across Balochistan province [Pakistan], provincial spokesman Liaquat Shahwani said on Monday, adding that rescue operations were ongoing with helicopters, road vehicles and camels being utilized to help save lives…” 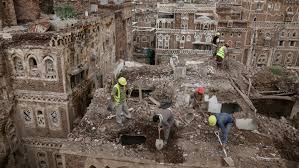 “More than 130 people have been killed during heavy rains in Yemen since mid-July, authorities in the rebel-held capital Sanaa say.

“Dozens of others have also been injured. The flooding has caused extensive damage to historic sites in Sanaa’s Old City, a Unesco World Heritage Site.” Photos: 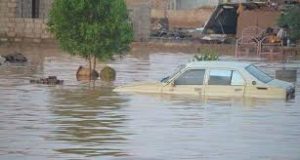 “Six people died and more than 500 houses collapsed in about ten villages as a result of heavy rains in El Gezira state, Sudan yesterday.

“Najmeldin El Amin, head of the Rainy Season Emergency Committee in the state, called on people to take precautions. He said that people must avoid floods to preserve their lives and property.” 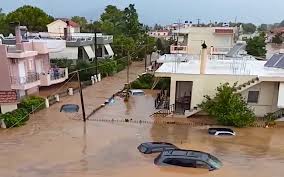 “The body of a man missing after a storm sparked flash floods on the Greek island of Evia over the weekend has been recovered, Greece’s coastguard has said, bringing the death toll from the storm to eight…

“Rainfall in parts of Evia reached 80% of the annual total for the area in the space of a few hours overnight from Saturday to Sunday, Greece’s meteorological service said.” 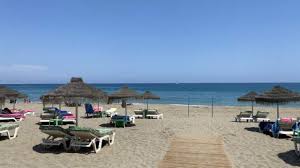 “The measurements made by scientists from the Mediterranean Group on Climate Change of the Spanish Institute of Oceanography (IEO) have shown 26.6 degrees on the beach of Fuengirola, which is a milestone since these daily measurements began in 1984…

“…[and] represents an increase of 5.3 degrees above the average for this month.” 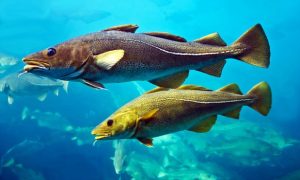 “The Celtic Sea, English Channel and southern North Sea have undergone significant warming over the past 45 years and further rises in sea temperatures are expected as climate change continues.” 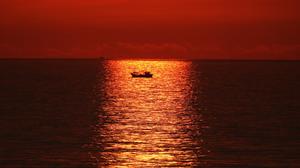 “Tropical nights, when the mercury does not drop below 20 degrees, were once so uncommon in Britain that just eight were recorded in the 30 years between 1961 and 1995.

“Now, thanks to the heatwave, we have seen 16 such uncomfortably hot evenings this summer, with more forecast for this week.” 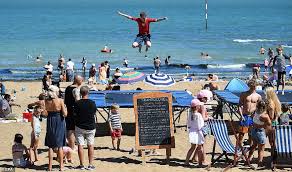 “Britain’s heatwave could see temperatures rise up to 100F today as the Met Office warns of flood warnings after thunderstorms battered parts of the nation with 50,000 lightning strikes and hail the size of golf balls landed in Wales.

“While some parts of the country awoke to the sound of thunder during the night, others suffered with more intense heat.” 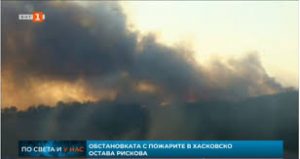 “The state of emergency in the South Bulgarian region of Svilengrad was extended until 11th of August because of the large-scale forest fire, which has engulfed nearly 50 000 decares of dry grass and forests in the area.

“More than 200 fire fighters, volunteers, military and forest personnel have been battling the blaze.” 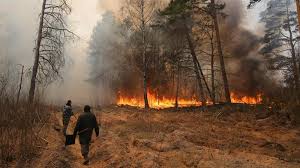 “…the Chernobyl area’s climate has warmed and dried, and its wildfires—most sparked by arson and other human activity—have grown larger and more frequent.

“Each fire releases radionuclides, just as Yoschenko and his colleagues documented in 2003; each one raises anxieties in Kyiv, the Ukrainian capital, and in Europe’s major cities.” 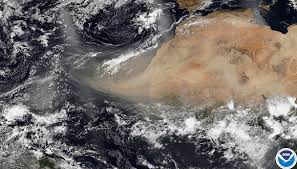 “The “Godzilla-sized” Sahara Dust Cloud from Africa that traveled 5,000 miles over the Atlantic Ocean into the southern states this summer not only caused incredible sunsets and breathing problems—it also prevented hurricanes from forming.

“…the dust cloud is starting to dissipate, and signs suggest that serious hurricanes are on the way.” 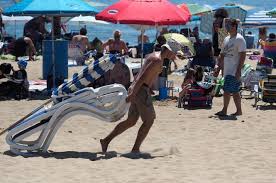 “Thought July was hotter than usual? You were onto something. Last month was the hottest month on record in New Jersey in 125 years of record keeping, according to a monthly recap by Rutgers University. 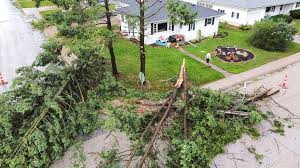 “A rare wind storm with power similar to an inland hurricane swept across the midwest on Monday, blowing over trees, flipping vehicles, causing widespread property damage and leaving tens of thousands without power.

“The storm known as a derecho lasted several hours as it tore across eastern Nebraska, Iowa and parts of Wisconsin…” 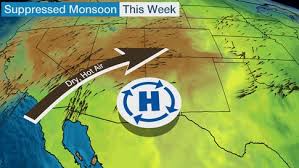 “The monsoon in the Southwest has been generally inactive so far this year, which has led to an expansion of drought and record heat in the region.

“The upper-level setup has not been ideal for ample rainfall to drench the Southwest or for heat relief to arrive this season, which lasts from June 15 through Sept. 30.” 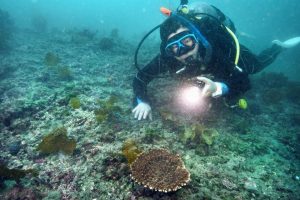 “Tropical corals are increasing and seaweed beds nurturing sea creatures have disappeared in the sea south of Tokyo Bay, indicating that Japanese waters are not exempt from the effect of global warming…

“…seaweed beds have disappeared over the past 12 years, while young table coral that usually grows in warmer waters in southwestern Japan have taken their place.” 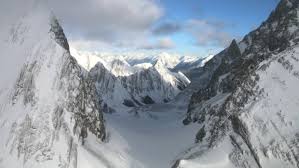 “A first of its kind study from the University of British Columbia has found that melting glaciers will bring water shortages to one in four people living in Alberta.

“The study, which was published in the journal of Nature Climate Change on Aug. 3, found that global glacier retreat will have big impacts on the availability of water for communities that rely on glacier runoff…” 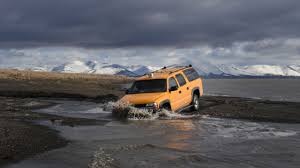 “The world’s peatlands will become a large source of greenhouse gases as temperatures rise this century, say scientists.

“Right now, huge amounts of carbon are stored in boggy, often frozen regions stretching across northern parts of the world. But much of the permanently frozen land will thaw…” 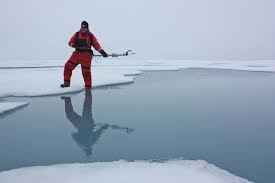 “The thickening atmospheric stew of greenhouse gases is punching holes in Arctic sea ice, leading it to crumble at a rapidly increasing rate.

“Last spring, ponds of meltwater on the ice sped the melting of the glossy shield that reflects incoming heat from the sun back to space.”