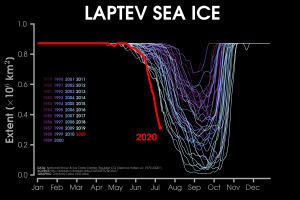 “Sea ice loss accelerated in early- to mid-July, bringing sea ice extent — which measures the area of ocean where there’s some ice cover, down to record-low levels for this time of the year.

“As of Saturday, the Arctic as a region had an ice extent that was about 193,000 square miles below the previous record low for the date, using data from the Japanese Aerospace Exploration Agency.

“In other words, the difference between the sea ice extent on July 18, 2020, and the previous record low for the same date is equivalent to the states of Colorado and Oklahoma combined… 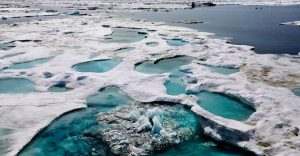 ““In the Laptev and East Siberian Seas, the sea ice extent is tracking at the record lowest,” Julienne Stroeve, a senior researcher at NSIDC, said via email…

““Now melt ponds are quite widespread over much of the Arctic Ocean, with anomalously more melt pond development north of Greenland and the Canadian Archipelago, which is also helping to hasten ice melt elsewhere,” she said…

…“The amount of surface melting we are seeing could easily melt out ice” of that thickness, she said. “Thus I do have a feeling we are on track to reach a new record low for September.” 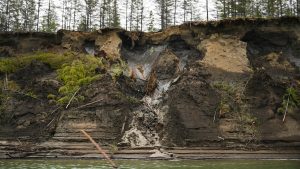 “A new study from Umea University highlights the uncertainty involved in projecting CO2 emissions from thawing permafrost in the Arctic.

“The research reveals that CO2 emissions from permafrost have been underestimated by billions of tons due to the role of plant roots in microbial decomposition and carbon release.” 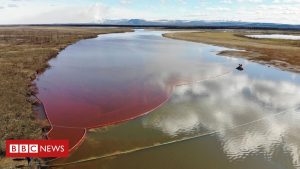 “The mayor of the Russian Arctic city of Norilsk who was charged with negligence last month over a major fuel spill in the region resigned on Monday, the RIA news agency reported.

“State investigators opened a criminal case against Norilsk’s mayor, Rinat Akhmetchin, after 21,000 tonnes of diesel leaked from a tank at the power plant near the city of Norilsk on May 29.” 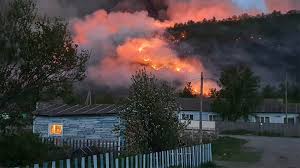 “Wildfires in Russia have burned across an area larger than the size of Greece so far in 2020, Greenpeace Russia said Monday as it criticized the authorities of inaction.

“The country of Greece, by comparison, is more than 13 million hectares in size.” 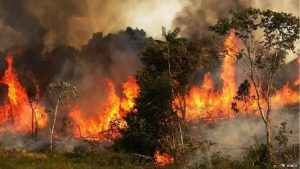 “Climate change also plays a role… drought has played a big role in contributing to the fires in the south and central parts of the country. Dried-out vegetation provides more fuel for the fires, igniting easily and spreading flames quickly.” 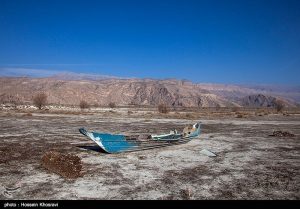 “Parishan Wetland, the largest freshwater lake in Iran and West Asia, dried up in recent years and is struggling to death due to excessive groundwater withdrawal.

“Parishan is located in Kazerun County, Fars Province, and receives only a very small amount of water from Feeder Rivers and the whole lake or wetland is a protected area, as it is considered a globally significant wetland ecosystem.” 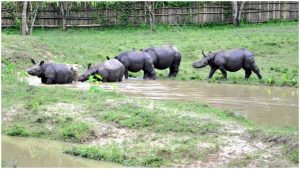 “Nine rare one-horned rhinos are among 108 wild animals killed in the last 10 days as monsoon rains have caused flooding in India, authorities in the country have said.

“The Kaziranga National Park and Tiger Reserve in Assam state is home to the world’s largest population of the endangered one-horned rhinos, which faced extinction just two decades ago.”

“The flood situation in Bangladesh continues to be grim, with nearly one third of the country deluged by floodwater after heavy rains for over a month now.

“Around 15 lakh people in Bangladesh have been affected by floodwater -– a double whammy for them after the coronavirus crisis.” 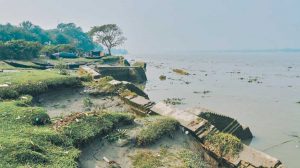 “According to reports, Bhutan witnessed over 10 inches of rainfall, which led to the flooding of the tea belt… The Meteorological department has sounded a red alert for very heavy rainfall in the next 24 hours.” 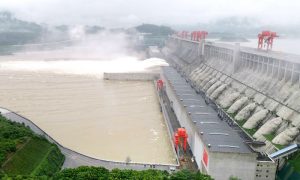 “Parts of China are literally up to their eyeballs in water… The Three Gorges Dam, built to stop these things, is now in the spotlight… The last thing China needs is for that dam to fail. Papering that over would be a bitter pill to swallow for Beijing.” 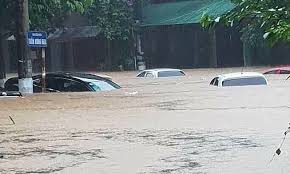 “Four people in Ha Giang Province in the northern highlands died Tuesday amid heavy flooding in the region due to prolonged rain. 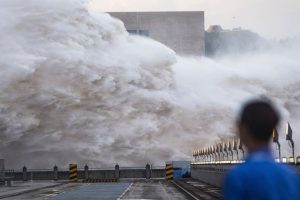 “The 2020 monsoon season in East Asia that is wreaking havoc… can be traced back to a warming hot spot in the Indian Ocean, experts say…

“[It is believed] to have resulted from …the stalling of the front associated with the region’s annual spring and summer monsoons. A growing number of experts attribute this to warmer-than-usual sea surface temperatures around the Indian Ocean.” 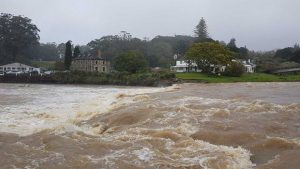 “Northland has just come out of a drought with Whangārei this year recording its driest January to April season on record, according to Niwa.” 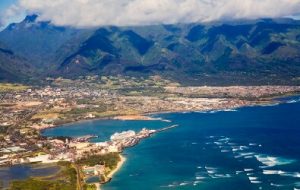 “Temperatures in Kahului soared to 93 on Saturday, breaking the old record of 91 set on the same day in 2019, according to the National Weather Service. [Hawaii had an insane year for heat in 2019, with 135 record highs]

“This capped off a record-setting week in which Kahului reached a scorching 95 on Friday, breaking the old record of 92 set in 2015, and 92 degrees on Tuesday, tying the former record set last year.” 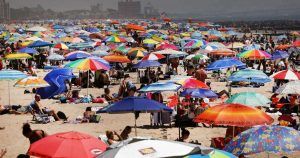 “More records are possible today with 15 states from South Carolina to Maine under Heat Advisory and Warnings.” 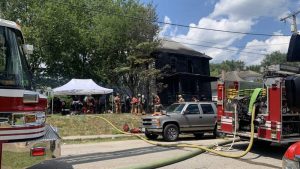 “There’s no denying July 2020 has been an unusually hot month. Even in our typically cooler mountain towns, thermometer readings have towered well above their normal values.

“At the Roanoke-Blacksburg Airport, where Roanoke’s official climate data is recorded, the daytime high has been at or above 90° every day in July. Not only is this unusual, but also historic.” 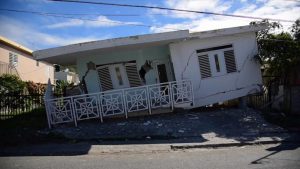 “Puerto Rico reversed its reopening last week after seeing a surge of new COVID-19 cases. While the rollbacks are similar to those in many parts of the U.S., one big factor compounds the risks faced by the island: 140,000 residents are subject to government-mandated water rationing and lose access to their faucets every other day.” 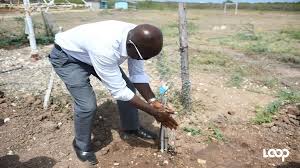 “Amid worsening drought conditions and continuous decline in source inflows, the National Water Commission [of Jamaica] says it has been forced to adjust its supply times…

“Starting Monday July 20, 2020, there will be an adjustment in the daily supply time, reducing supply of the commodity from 16 hours to 12 hours, the NWC said.” 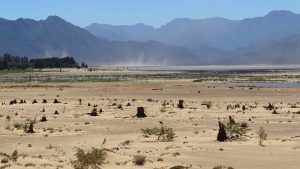 “Jannie Strydom, chief executive of Agri Western Cape, said: “The drought in large parts of the Western Cape is far from broken and the government’s revocation of the classification of drought as a national disaster comes as a shock…

“”Revoking the drought as a national disaster indicates that the government has little empathy with the agricultural sector.”” 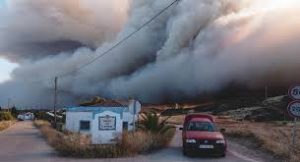 “The Portuguese Institute for Sea and Atmosphere (IPMA) said on Monday that practically the entire territory of mainland Portugal is at “maximum, very high and high risk” of wildfires.

“According to the IPMA, about 60 municipalities in the districts of Braganca, Vila Real, Viseu, Guarda, Castelo Branco, Portalegre, Santarem and Faro are at “maximum risk.”” 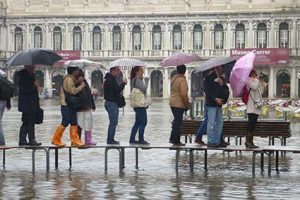 “There were 34 instances of acqua alta [“high water” in Venice] between 2014 and 2018 that exceeded 110 centimeters (43 inches), enough to flood chunks of the city and cause chronic damage to its infrastructure. 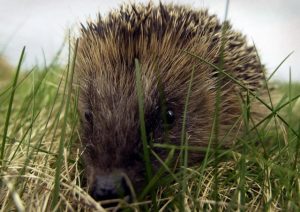 “It”s the winter that climate change science has long been predicting, where frost is a rarity and regular storms bring abundant rain.””