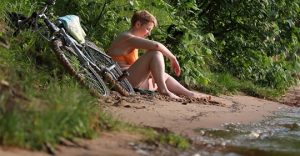 “Siberia’s unprecedented heat wave will continue through July, experts have warned, increasing the risk of forest fires and permafrost damage and highlighting the effects of climate change. Forecasts show that five Siberian regions, including one in the Arctic, will experience temperatures of 37 degrees Celsius in early July.

“The hot Siberian summer comes on the heels of the hottest winter since 1891, according to the Russian State Meteorological Service, with average temperatures in what used to be one of the coldest regions of the world hitting 6 C. “The warming isn’t just affecting Russia’s northern regions.” 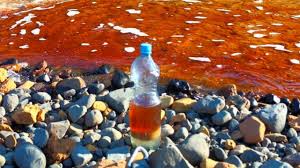 “Above all, the catastrophe could have detrimental long-term consequences for the ecology of the surrounding territories and seriously affect the health of the wider Artic region.” 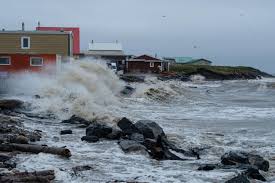 “Extreme waves in the Arctic typically occur every 20 years, but as climate change continues to plague the region these events could happen every two to five years, a new study reveals.

“Much of this area is frozen for a majority of the year, but rising temperatures have increased periods of open water that could result in catastrophic waves.” 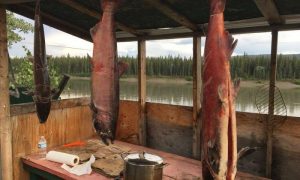 “Summer has finally arrived in the northern reaches of Canada and Alaska, liberating hundreds of thousands of northern stream fish from their wintering habitats…

“…the survival tools these Arctic fish have used for millennia—exceptional tolerance to cold, slow growth rates and long lifespans—could be a disadvantage as environmental conditions in the north warm and more fast-paced species move in.” 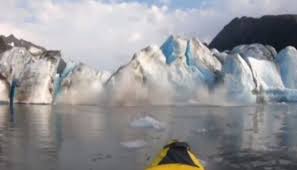 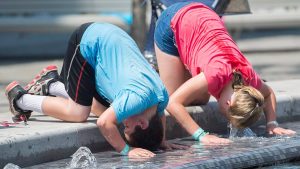 “Heat warnings are in effect in and around the Montreal area, and even areas somewhat north of there are expected to be uncomfortably hot in the coming days.

“”Beginning Tuesday, temperatures will exceed the 30-degree mark during the day and will not fall below 20 degrees at night,” Environment Canada warns.” 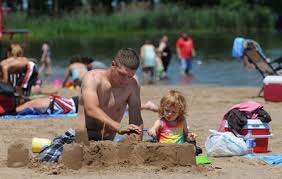 “The temperature in Syracuse reached the 90s on Tuesday, putting it four days from tying a 47-year record…

“If temperatures reach their forecast marks, Syracuse will record one of the hottest streaks on record.” 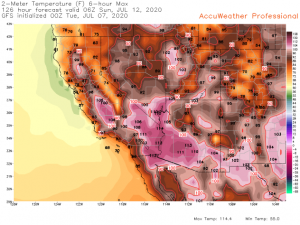 “As we plow ahead toward monsoon season here in July, the monsoon will find it difficult to get started as a massive ridge in the jet stream closes the door to moisture from Mexico for the time being…

“The heat is not great news for what has been a rough fire season so far in Arizona.” 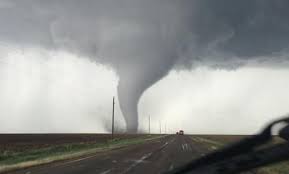 “After a destructive spring that made 2020 the deadliest year for tornadoes in nine years, an unusually quiet May continued into June, with some record low activity recorded.

“The National Weather Service’s Storm Prediction Center said June 2020 had the fewest number of tornado watches in recorded history with only six recorded for the entire month. The previous record was eight in 2019.” 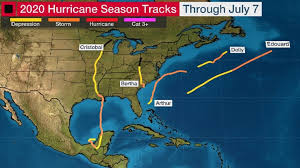 “After a frenzied start, the Atlantic hurricane season could turn out to be the most active since 2005, when a record 28 storms formed… 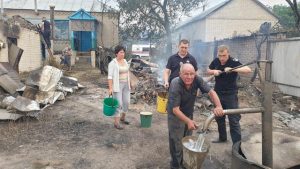 Poor Ukraine – floods in the west and fires in the east:

“Four people died and nine were hospitalised as a forest fire swept through villages in the Luhansk region of eastern Ukraine on Tuesday… This spring, forest fires around the defunct Chernobyl nuclear plant in the north of the country and elsewhere pushed pollution levels in Ukraine’s capital Kyiv to the worst in the world.”

“Rising temperatures due to climate change may lead to the spread of the mosquito-borne Zika virus to currently cooler regions.

“Under the most drastic model of global warming, the risk of Zika transmission will increase over southern and eastern Europe, the northern US, northern China and southern Japan…” 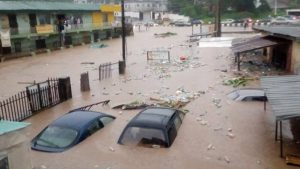 “The [Ogun State, Nigeria] governor, who stated this when he visited the areas affected by last weekend’s torrential rain, regretted the huge loss caused by the flood…

“He promised to assist those who lost property and belongings to the flood.” 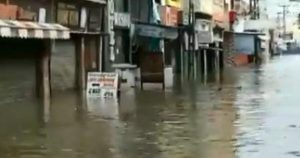 “The floods across China’s heartland and south are a blow to the country’s recovery efforts after the coronavirus pandemic.

“The heavy rains are causing billions of dollars of damage to cities, homes and businesses… While the rain has come down in historic volumes, the damage may have been exacerbated by failures in safeguards.” 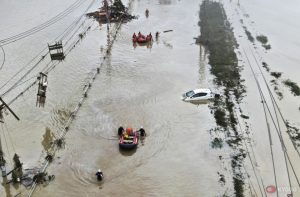 “Rainfall measured 489.5 millimeters in Yunomae, 463.5 mm in Asagiri and 410.5 mm in Hitoyoshi, municipalities along the Kumagawa river, which overflowed extensively.” 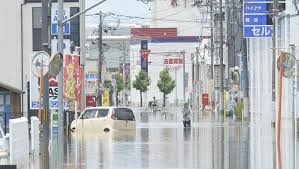 “Torrential rain lashed central Japan on Wednesday, prompting the government of Gifu Prefecture to instruct some 219,000 residents to evacuate. 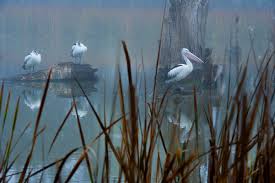 “Mildura [NW Victoria, Australia] is on track to record its coldest maximum temperature since the airport weather station was established 74 years ago.

“Temperatures on Wednesday remained stubbornly low throughout the day, with the maximum during the afternoon just 7.6 degrees — below the previous daily record of 7.9 degrees on July 11, 1956.” 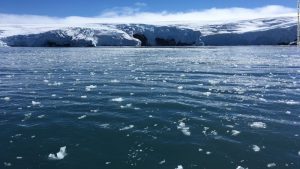 “The planet is warming. That we’ve known. It is warming much fastest near the poles. That we’ve also known. Yet just how fast that warming has been still comes as a surprise.

“The Arctic has warmed by 0.75 degrees Celsius over the last decade alone… The South Pole, too, is warming much faster than the global average: more than three times faster over the past three decades.” 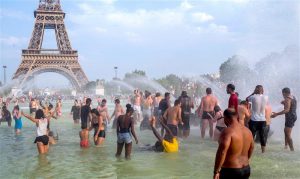 “It could take decades before cuts to greenhouse gases actually affect global temperatures, according to a new study. 2035 is probably the earliest that scientists could see a statistically significant change in temperature — and that’s only if humans take dramatic action to combat climate change.”