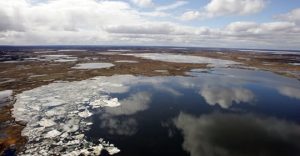 “Temperatures soared 10 degrees Celsius above average in June across much of permafrost-laden Siberia, with last month in a dead heat for the warmest June on record globally, the European Union’s climate monitoring network said Tuesday… 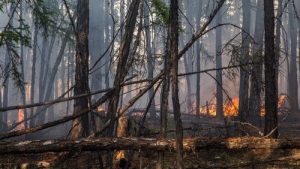 “The Copernicus Climate Change Service, the EU’s Earth observation program, has recently reported there are currently record levels of wildfires in the Siberian Arctic…

“Wildfire activity tends to appear in the boreal forests of the Siberian Arctic each year around early May. However, this year’s have been freakishly prevalent.” 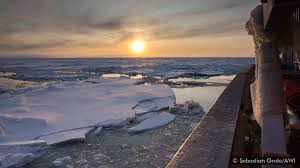 “The biggest ever science expedition to the Arctic encountered extremely thin sea ice, which could threaten future efforts to study the region…

“…the ice was exceptionally thin compared with what models had predicted for the past two decades. The ice was around 50 centimetres thick, while it had been around 150 to 160 centimetres…” 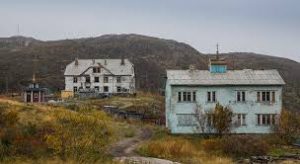 ““As one of our elders says: ‘Nature doesn’t trust us any more’,” said Vyacheslav Shadrin, chair of the Yukaghir Council of Elders, of the Republic of Sakha-Yakutia in the Russian far east, about 600 km from Verkhoyansk. 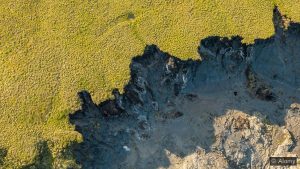 “Although the Arctic is best known for frozen tundra, it also has a number of freshwater lakes that are covered in ice most of the year.

“But the length of time [these Arctic lakes] are ice-covered is decreasing, and this is allowing methane to bubble into the atmosphere.”

“While anthropogenic climate change has raised ocean temperatures by 2 degrees Fahrenheit in the last 120 years, there is a blob (also called a warming hole) just south of Greenland whose surface temps have cooled by 1.6 degrees in that stretch of time…

““Its emergence has been linked to…reduced ocean heat transport into the warming hole region,” said Paul Keil, who led a study…” 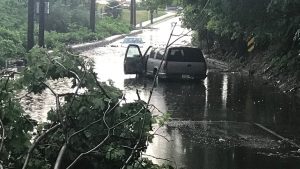 ““Ring of fire” thunderstorms that blew up over Philadelphia and radiated east and west on Monday inundated parts of the region with more rain than had fallen in the previous two months and set off flash-flooding that submerged vehicles, closed roads, and led to numerous water rescues… 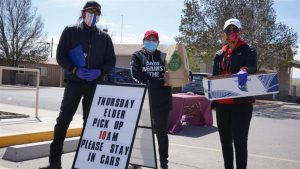 “In Arizona and New Mexico, indigenous people have been dying from coronavirus at disproportionate rates. The Navajo Nation has been ravaged by Covid-19 since the pandemic began…

“Smoke from wildfires could worsen those death rates. Research during the pandemic has linked short- and long-term air pollution exposure with increased chances of Covid-19 complications and death.”

“A new study [into the bleeding obvious, apparently] from researchers at the University of Leeds has found that gold mining in the Amazon leeches nutrients from the soil and pollutes the surrounding area with mercury.” 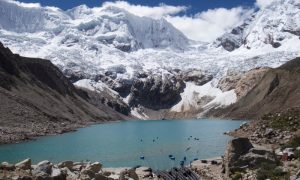 “Global warming caused the melting of 51% of the surface of Peru’s glaciers in the last 50 years, which caused the formation of new lagoons, reported the National Water Authority (ANA).

“Glaciers are ecosystems highly sensitive to climate change. In recent decades, the effects have been more evident, generating a noticeable decrease in glacier mass and the formation of new lagoons,” says the ANA.” 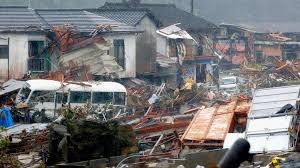 “Rescuers are racing against time to save people stranded by heavy floods and landslides that have devastated southwestern Japan and left dozens dead.

“Japan’s Meteorological Agency on Tuesday issued its second-highest emergency warning for heavy rain and landslides over vast swaths of the Kyushu region, which has been pounded by downpours since late on Friday.” 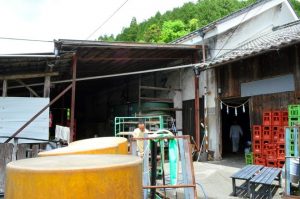 “”The colder the weather is, the better the sake quality will become,” said Koji Yamada, 60, president and master brewer of the company.” 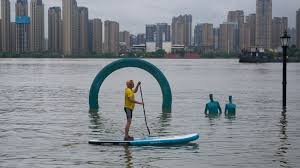 “Severe flooding and heavy rains have killed at least two people in southern China and disrupted the first day of widely anticipated college entrance exams being held one month late because of the coronavirus.

“The Chinese language exam in She county in southern Anhui province was cancelled.” 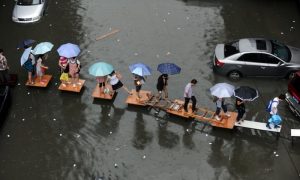 “In the central city of Wuhan, where the coronavirus epidemic first erupted in December, a record-breaking 426 millimetres (16.8 inches) of rain fell on Sunday, the official China Daily reported

“…and authorities were using giant pumps to remove water from the flooded roads.” 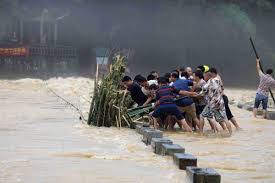 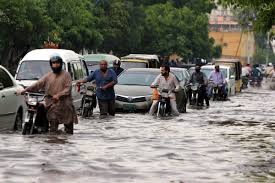 “On the one hand, Corona havoc in Pakistan is increasing continuously, right there in the city of Karachi, the chain of different incidents related to rain is constantly increasing.

“Due to which at least 7 people have lost their lives.” 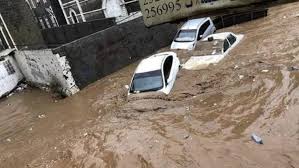 “Amid heavy seasonal rains, deadly floods swept through Yemen affecting the lives of thousands of Yemenis who were already devastated by the ongoing conflict, seasonal diseases, high inflation, and compromised health care system, while facing the arrival of COVID-19. 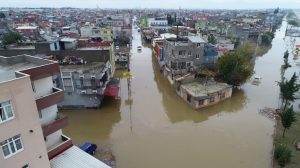 “A record 936 meteorologically induced disasters took place in Turkey in 2019 – the highest number of meteorological disasters since the Turkish General Directorate of Meteorology’s records began in 1940.

“According to the latest report by the directorate, heavy rainfall and flooding were the most frequent meteorological disasters in Turkey last year…”

“While declining rainfall is a problem across the Maghreb region of northwest Africa, this year’s ongoing spring and summer drought is hitting Morocco’s agricultural sector particularly hard. 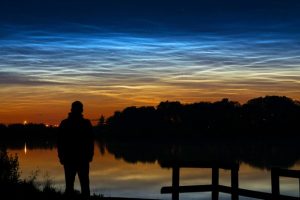 “Much of the moisture needed to form noctilucent clouds comes from methane, a potent greenhouse gas that produces water vapour when it breaks down in the upper atmosphere.

“And as methane pollution has increased, so noctilucent clouds have grown more common and more widespread.” 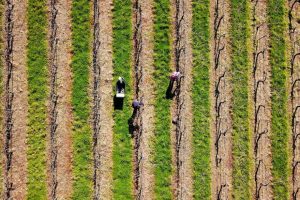 “…many individual growers and winemakers were wiped out or saw significant losses.”

“A major global update based on data from more than 36,000 weather stations around the world confirms that, as the planet continues to warm, extreme weather events such as heatwaves and heavy rainfall are now more frequent, more intense, and longer…