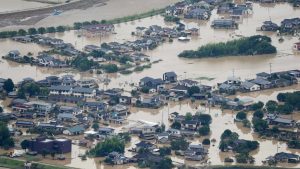 “Rescue workers were combing through the wreckage of houses hit by flooding and landslides in Japan after extreme weather left more than 50 people dead or missing on the southern island of Kyushu.

“The Kyodo news agency said 40 people had died in the floods and at least 11 were missing.

“Among the dead were 14 residents of an elderly care home in Kuma village, Kumamoto, where the nearby Kuma river flooded. More torrential rain is forecast for coming days.” 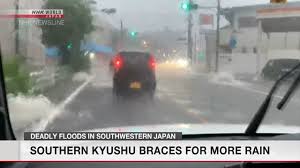 “Radar analysis shows about 120 millimeters [4.7 inches] of rain fell in the one-hour period between 6:10 a.m. and 7:10 a.m. in or near Kushima City in Miyazaki Prefecture.

“The agency issued an alert warning people about record hourly rainfalls in the area.” 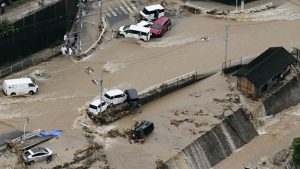 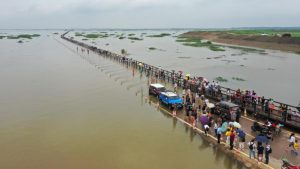 “As downpours continue to batter vast stretches of China, especially areas in the south, leaving at least 121 people missing or dead, forecasters have warned of a grim flood control situation in the north, which hasn’t seen major floods for years, from precipitation that is expected to be much heavier than normal.” 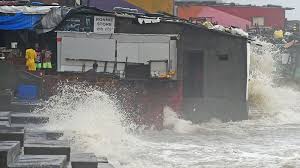 “Until Sunday morning, the Santacruz neighbourhood in Mumbai had received a staggering 427mm of rain in 24 hours. It was 133mm in the previous 24 hours.

“July is the city’s wettest month with an average rainfall of 819mm. The first five days of the new month has already seen 675mm of rain.” 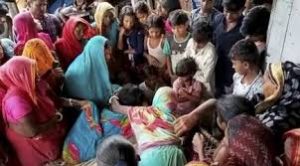 “”I was informed by weather experts, scientists and officials that rising temperatures due to climate change is the main cause behind the increasing lightning strikes,” Bihar’s Disaster Management Minister Lakshmeshwar Rai told AFP.” 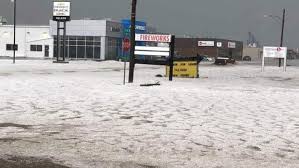 “It was a wild afternoon for residents of southwest Saskatchewan on Saturday.

“Environment Canada has confirmed that at least two tornadoes touched down over the weekend, bringing some unbelievable conditions with them. As well as the thunder, lightning, heavy rain and tornadoes, there was also softball-sized hail, too!” 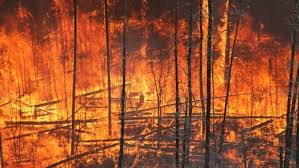 “Quebec’s hot summer so far, with long stretches of little rain, has contributed to a large increase in the number of forest fires around the province.

“It is only early July but 2020 is already the worst year in a decade in terms of hectares lost to forest fire in Quebec.” 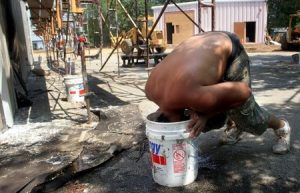 “After a sweltering holiday weekend, there’s no relief in sight for southeast Michigan with a possible record-breaking bid in sight.

“Temperatures are slated to be in the 90s all week, peaking at an expected high of 97 on Thursday, according to the National Weather Service’s forecast for Metro Detroit.” 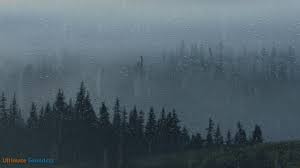 “Year-to-date, Mountain Home [Idaho] has received 45.47 inches of rain. The average rainfall through the first six months is 23.19 inches, meaning we are 22.28 inches above normal.

“Another amazing fact is halfway through the year, Mountain Home has already surpassed its normal annual rainfall.” 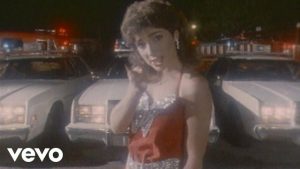 “If you thought it was really, really hot out last week, you weren’t wrong.

“The temperature at Miami International Airport reached 98 degrees Fahrenheit last Tuesday, making it the hottest day on record for the month of June.” 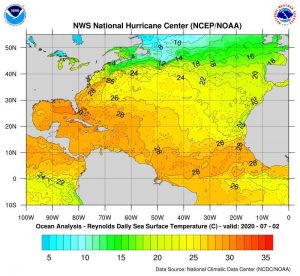 “The temperature records are certainly jaw-dropping, but another Tweet by McNoldy caught my eye. He pointed out that the water temperature at Virginia Key, Florida on July 2nd was the hottest recorded at that site (92.5 degrees F).

“When I saw that statistic, my immediate thought was that the Atlantic hurricane season “fuel” is currently high octane.” 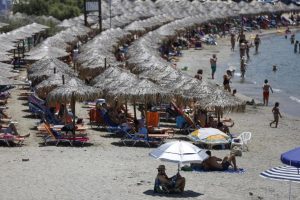 “An orange warning was issued by the Cyprus Met Office on Sunday for extremely high temperatures exceeding 40 degrees Celsius as a heatwave grips the island… Cyprus has been sweltering under 40°C heat since Friday.”

[You may recall that Cyprus had its hottest May on record and broke its all-time high for May]. 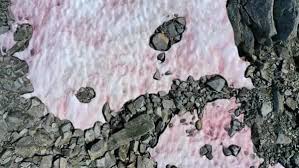 “Scientists in Italy are investigating the mysterious appearance of pink glacial ice in the Alps, caused by algae that accelerate the effects of climate change.

“…Biagio Di Mauro of Italy’s National Research Council said the pink snow observed on parts of the Presena glacier is likely caused by the same plant found in Greenland.” 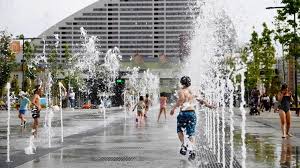 “As global warming accelerates, temperature records are being broken every year. In Russia, the period from January to June this year was the warmest six-month spell since meteorological observations began…

“In January, the temperature was, on average, 10-11 degrees Celsius higher than normal. Russia saw more than 240 broken weather records in the first half of the year.”

“Due to the rapid heating – the Arctic is warming up at least twice as fast as the rest of the world – the permafrost is now thawing for the first time since before the last ice age, potentially freeing pathogens the like of which modern humans have never before grappled with.” 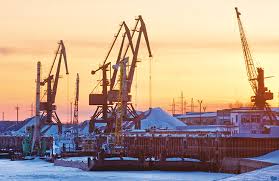 “The heatwave experienced so far this year in Siberia reflects temperature changes that weren’t generally forecast to occur until the end of the century.

“The rapid changes that are happening to the climate of the world’s northern regions means that even the infrastructure built on areas of continuous permafrost may soon be at risk, too.” 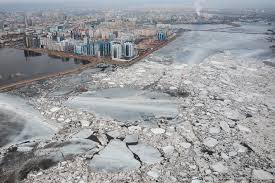 ““We always expected the Arctic to change faster than the rest of the globe,” said Walt Meier, a senior research scientist at the National Snow and Ice Data Center at the University of Colorado at Boulder.

““But I don’t think anyone expected the changes to happen as fast as we are seeing them happen.”“