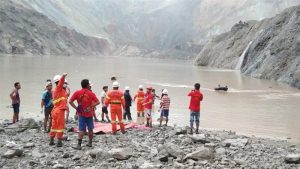 “A landslide at a jade mine in northern Myanmar has killed at least 113 people, officials say, warning the death toll is likely to rise further.

“The incident took place early on Thursday in the jade-rich Hpakant area of Kachin state after a bout of heavy rainfall, the Myanmar Fire Services Department said on Facebook.

“”The jade miners were smothered by a wave of mud,” the statement said.” 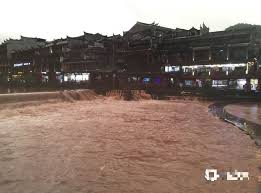 “An ancient Chinese town that has over 2,000 years of history is the latest location to be inundated by the devastating floods ravaging southern China over the past few weeks.

“Since June, more than 10 million people in 26 provinces have been affected by torrential rain, with many cities above and below the Three Gorges Dam submerged by floodwaters…” 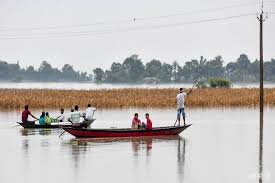 “The Brahmaputra River, one of the world’s largest rivers that flows from Tibet into India, burst its banks in the northeastern state of Assam over the weekend, flooding more than 2,000 villages.

“More than a million people have been affected across the state due to the flooding, which also inundated parts of the Kaziranga National Park, home to the world’s largest concentration of one-horned rhinos.” 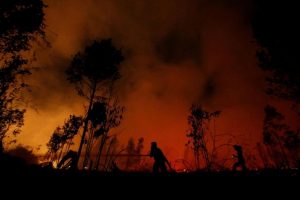 “Indonesia’s third-largest province declared a state of emergency from Wednesday (Jul 1) after identifying more than 700 fires, as the Southeast Asian nation braces for its annual fire season.

“The declaration comes as Indonesia scales back protection for some of the world’s most important tropical forests.” 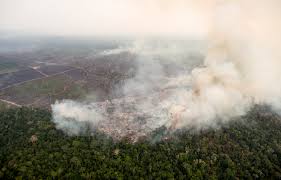 “Amazon forest fires in Brazil increased by 19.5 percent in June compared to the same month last year, making it the worst June in 13 years, authorities revealed on Wednesday.

“June marks the start of the dry period and there were 2,248 recorded fires, leaving analysts expecting a worse year for the rainforest than the devastating 2019, which provoked anger throughout the world.” 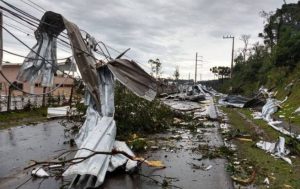 “Windstorms and storms recorded this week in the south of Brazil caused deaths in Santa Catarina, Paraná and Rio Grande do Sul leaving a trail of destruction in the three states of the region, with fallen trees and power posts, flooded homes, lack of energy and road blocks…

“According to Rio Grande do Sul Civil defense the “bomb cyclone” caused 120km/hour winds in the mountain range of Santa Catarina.” 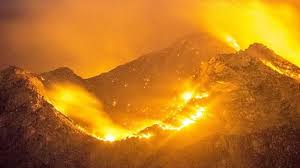 “The lightning-caused Bighorn Fire [Arizona] burned 118,370 acres in the Santa Catalina Mountains and was 54% contained Wednesday morning, according to fire officials.

“Firefighters were working to secure more fire lines and protect structures near Summerhaven and Willow Canyon.” 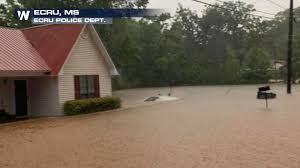 “Cars were inundated with water and at least one person had to be rescued from a home as a flash flood emergency was declared for parts of Mississippi Wednesday morning.

“A flash flood emergency was in effect until 12:15 p.m. CDT for an area of northern Mississippi, including Pontotoc, Aberdeen and Okolona.” 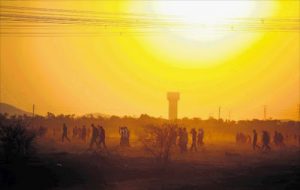 “SA Weather Service spokesperson in Port Elizabeth, Garth Sampson, said the average maximum temperature of 22.5ºC surpassed the 1996 record of 22.1ºC and was almost 2ºC higher than the average of 20.7ºC.” 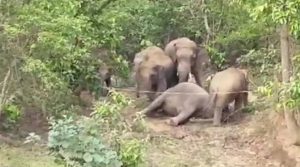 “Disturbing reports of a mass elephant die-off have emerged from Botswana over the last two months, with more than 350 elephant carcasses spotted since May.

“Some of the elephants were found face down, suggesting a sudden collapse. Most of their bodies were located around water sources in the northern parts of the Okavango Delta, a protected area for elephants…” 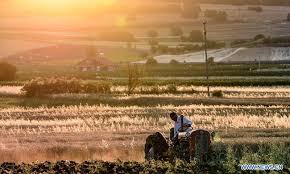 “A farmer works at a field at a village near Kumanovo, North Macedonia, on June 29, 2020. A heat wave hit North Macedonia on Monday and the temperature reached 38 degrees Celsius.”

“When flooding hit almost 300 towns and villages in western Ukraine last week, Prime Minister Denis Shmygal said they were the biggest since the 1990s. Climate change is part of the story, but illegal logging and deforestation are also being blamed for the scale and speed of the floods.” 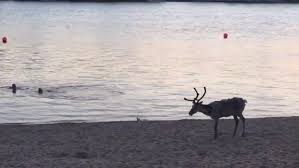 “Roughly half of Finland’s long-term weather observation sites reported record high temperatures in June, according to the Finnish Meteorological Institute.

“The agency said on Wednesday that the month registered the highest number of days when temperatures reached 25 degrees Celsius (the so-called heat threshold in Finland) since the country began keeping digital records in 1961.” 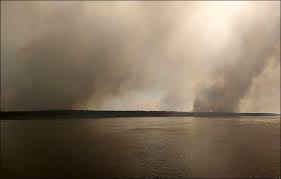 “Worrying videos and pictures show how the pristine polar region of northern Yakutia [Siberia] is ablaze.

“A major fire is burning right now outside the Arctic town of Chersky, around Mount Rodinka, loved by the locals for weekend trips. The fire started around 10 days ago, threatening a major power line that feeds the remote town.” 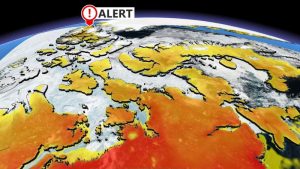 “The most northern permanently inhabited region on Earth shattered a temperature record just weeks into the summer season.