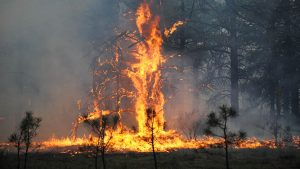 “On a temperature map these days, Siberia shows up as a bright red splotch, like a widespread rash on the Earth’s surface.

“This region has seen persistently extreme temperatures since the winter, which has led to a damaging Arctic oil spill, sparked early outbreaks of large wildfires and helped vault global temperatures to new milestones.

“A winter heat wave throughout Russia became such a hot-button issue that it was the first question posed to President Vladimir Putin during his four-plus-hour end-of-year news conference in December.” 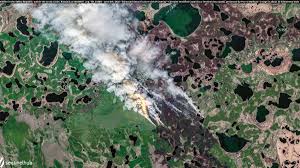 “The most staggering change of all in Siberia is the increasingly fire-dotted landscape.

“The heat that has engulfed Eurasia has led to major fires across Siberia (to say nothing of the Ukraine and fires within the Chernobyl exclusion zone this spring). Flames have even spread into the Arctic where fires have burned largely uncontained.” 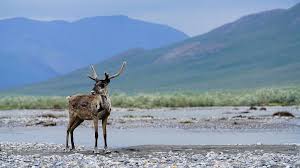 “…even on my sporadic jaunts through this landscape [Alaska’s tundra], I’ve noticed disturbing signs: 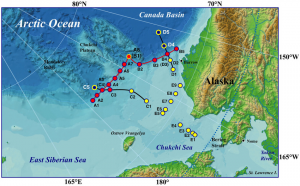 “Ice melts in the Arctic Ocean were thought to be drawing large amounts of carbon dioxide out of the atmosphere, acting as a carbon sink and helping to mitigate greenhouse gases.

“But new research shows that may not be the case in all areas, particularly in the Canada Basin…” 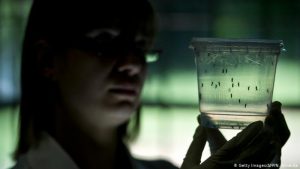 ““The danger is real,” says virologist Jonas Schmidt-Chanasit from the Bernhard Nocht Institute for Tropical Medicine in Hamburg. Bacteria could have survived for centuries on bodies buried in the soil that the ice is now releasing due to rising temperatures, he says.

“Climate change is having a disproportionate effect on areas with permafrost, including Alaska, Canada and Siberia.” 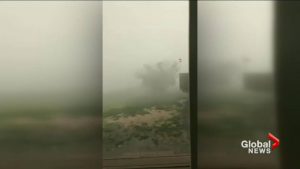 “The storm tore the roof off Marlene and Chris Hovdebo’s house… The Hovdebos said it only lasted a few minutes but in that time the strong winds blew over almost 40 train cars on the nearby tracks and toppled many trees.” 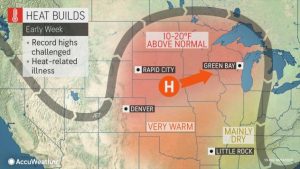 “The official start of summer is just days away on June 20, and blistering heat has already been swelling over the Plains…

“”The weather pattern from this past weekend has been brought about by an atmospheric roadblock that limits the normal west to east movement of weather systems across the nation,” AccuWeather Senior Meteorologist Brett Anderson said.” 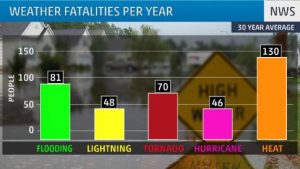 “Heat now causes more US deaths than hurricanes, tornadoes or floods in most years, creating a new public health threat.

“An investigation reveals why the CDC’s prevention efforts have faltered… Scientists link the warming planet to a rise in dangerous heat in the US, as well as the spread of infectious diseases and other health conditions.” 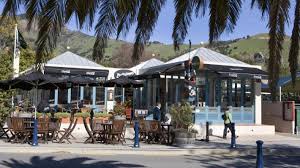 “The small tourist town of Akaroa [NZ] on Canterbury’s Banks Peninsula has equalled its warmest day on record for June.

“According to NIWA, Akaroa reached a high of 23 degrees Celsius on Tuesday, a match for its warmest June temperature record.” 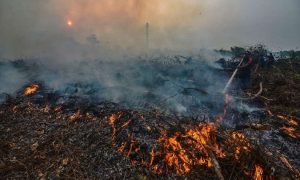 “The [Indonesian] government seeks to double down on peatland fire prevention and law enforcement following the massive fires that ravaged much of Indonesia’s forests last year.

“As we enter the dry season, Environment and Forestry Minister Siti Nurbaya said the ministry has been creating artificial rain to prevent peatland fires in several fire-prone areas…” 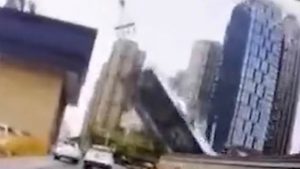 “This is the dramatic moment a giant crane weighing 10 tonnes gets overturned by high winds before slamming into the sea in eastern China.

“Terrifying footage shows the heavy machine being pushed along its rails by the freak winds before tearing through its brake clamps in the coastal city of Taizhou, Zhejiang province.” 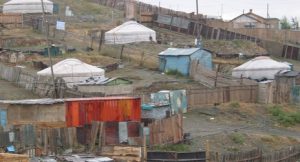 “More than half of north China’s Inner Mongolia Autonomous Region is suffering from persistent drought, local authorities said on Monday.

“According to the regional meteorological authorities, the drought area in the region had reached around 50 million hectares as of Sunday.”

“Melting ice is crucial to the thirsty Indus River region. But now the flow is projected to decline, posing risks for agriculture and a growing population.” 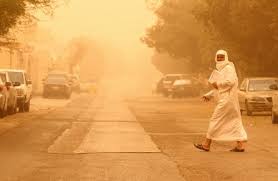 “Weather and climate researcher Abdulaziz Al Hussaini, a member of the “Tasmiyat” committee, expects a second intense heatwave that will affect the kingdom [Saudi] from Tuesday…

“Temperatures are expected to reach over 50c [122f] in the eastern province and the Gulf.” 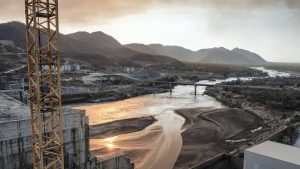 “A senior Ethiopian official has warned Egypt about the possibility of an ongoing dispute over Nile waters turning into war. 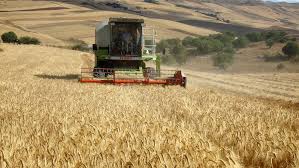 “Grain production in the North African countries of Morocco, Algeria and Tunisia has been severely impacted by one of the worst droughts in the last four decades…

“…leading to an increase in regional imports to meet domestic demand requirements.” 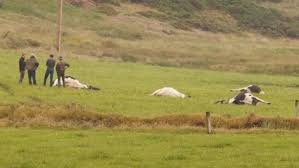 “Nine cows were killed by a lightning strike during heavy thunderstorms in Ireland.

“Witnesses reported seeing the animals lying in a field in Dunlicky, County Clare, on with their “legs in the air.”” 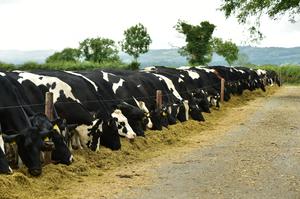 “The drought is continuing to bite across the midlands, south and east [of Ireland], despite heavy rainfall in many areas over the last few days, writes Declan O’Brien. 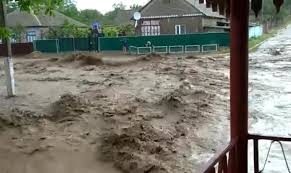 “The town of Reni (Odesa region, Ukraine) and the surrounding villages took considerable damage due to heavy rains.

“The video below shows footage of strong mud flows that destroyed the roadways… Dimchoglo claimed that it’s a disaster for local budgets, which already suffer the impact of economic crisis, the drought and combat against Covid-19 epidemic.” 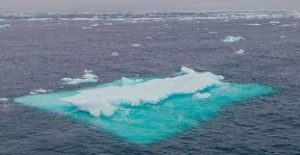 “Researchers in the Arctic Ocean have discovered a massive network of undersea faults that have been slowly leaking methane, which are believed to be contributing to the withdrawal of ice sheets in the region.

“Led by Malin Waage, the team from the Arctic University of Norway documented a huge number of active ‘mounds’ of undersea methane in the Barents Sea, some as wide as 1,600 feet.” 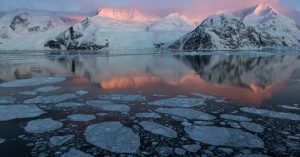 “For the last few decades, the effects of global warming have been especially pronounced in West Antarctica. Now, researchers in South Korea have developed an explanation for why the western half of the icy continent is warming faster than the eastern half.”