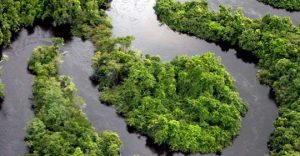 “The world’s largest ecosystems may alter drastically faster than previously thought, according to a recent study published in Nature Communications, shedding new light on the behavior of climate tipping points.

“Real-life cases reveal a pattern: bigger ecosystems collapse at a faster rate than smaller ones. According to the findings, climate tipping points could happen in a matter of years…” 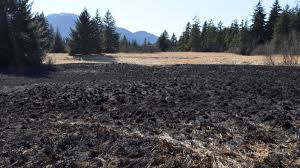 “The National Weather Service issued a special weather statement Sunday warning of continued fire danger for the entire region due to warm temperatures and low humidity.” 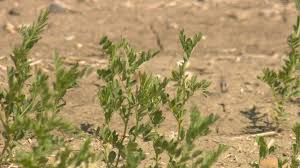 “The amount of precipitation that fell in Winnipeg between Jan. 1 and May 7 is the third lowest ever recorded in that time period, according to meteorologist Jay Anderson. 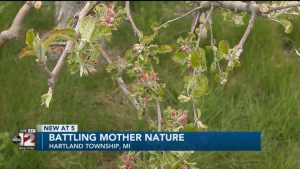 “Apples alone are a nearly billion-dollar industry… Other orchards lost more than 50% of their crop.” 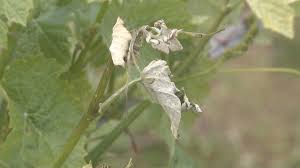 “Just weeks after an April frost devastated central Virginia wineries, and during a time when their tasting room doors have been closed due to the coronavirus, record-low temperatures this weekend dealt another blow to those vineyards.

“Some report the loss of entire blocks of grapes.” 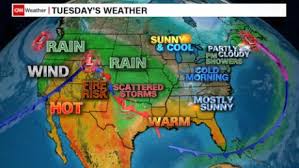 “Record cold to summer heat in less that a week…

“The seasonal temperature flip-flop continues for the eastern US as temperatures from the South to the Mid-Atlantic will warm to feel more like summer with high’s 10°-15° above average.” [Video] 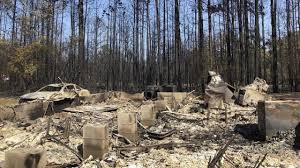 “The fires, which have damaged properties and prompted area evacuations and road closures, are being attributed to abnormal heat and dry weather in the state, with the Florida Panhandle among those hardest-hit.” 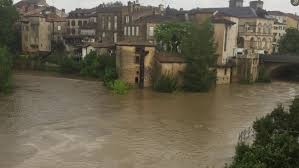 “In Cannes, about 100 mm (4 inches) of rain fell over the weekend which is nearly double the city’s normal May rainfall.” 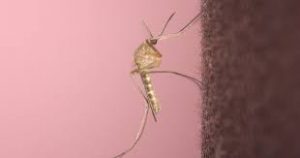 “Europe is usually too cold for tropical diseases to persist for long, but climate change helped it overwinter. The infection was detected in wild and aviary birds such as owls and blackbirds, in addition to horses.” 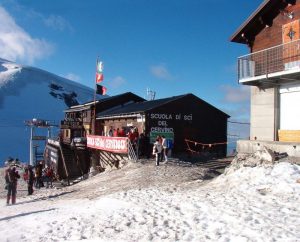 “The problem is that the edge of the glacier marks the boundary between Italy and Switzerland — when the building opened in 1984 it was clearly in Italy, but since then the glacier has melted rapidly, especially during the record heatwave in Europe in 2003 and several hot summers afterwards.”

“Switzerland couldn’t get enough snow for a time recently…

“…the Swiss side of the Alps had the driest December since record-keeping began over 150 years ago.” 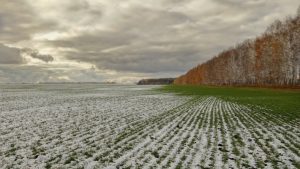 “Collision of weather systems brings fears of frost to Poland… 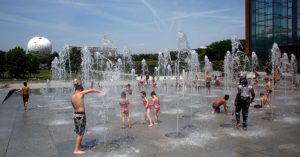 “Temperatures [in Turkey] over the weekend will be above seasonal averages across most of the country due to the hot weather coming in from North Africa, weather experts warned Monday… 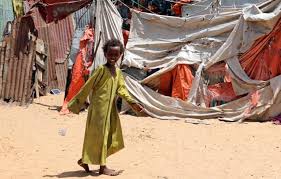 “The UNHCR has warned that conflict and serious flooding have forced hundreds of thousands of people to flee their homes amid risks of COVID-19 in Somalia. 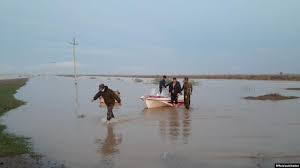 “Flood waters continued to inundate villages and farmland one week after water breached the wall of a reservoir in Uzbekistan.

“The western wall of a dam around the Sardoba Reservoir broke on May 1, 2020, following a week of heavy rain in the region.” 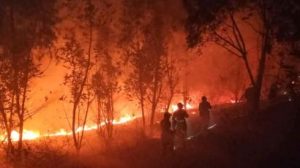 “More than 3,000 firefighters and other personnel were battling a fire that started Saturday in southwest China’s Yunnan Province, local authorities said Tuesday.

“The fire broke out at around 3:33 p.m. Saturday in the city of Anning. On early Tuesday morning, the fire spread to the neighboring Lufeng County under Chuxiong Yi Autonomous Prefecture.” 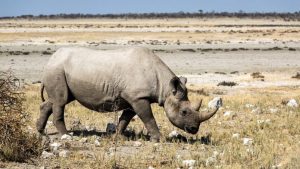 “Social distancing may save human lives, but it’s wreaking havoc on some of the world’s most threatened species.

“In Botswana, which depends heavily on tourism, poachers have taken advantage of suddenly empty wildlife reserves to kill at least six endangered rhinos during the coronavirus pandemic.