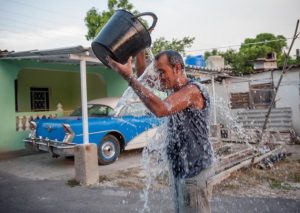 “Over the weekend, the island nation of Cuba set its hottest all-time temperature on record, according to the nation’s official meteorological agency.

“On Saturday, temperatures spiked to 102.7 degrees Fahrenheit (39.3 degrees Celsius) in the town of Veguitas, Cuba, setting a new all-time temperature record for the island nation…

“Cuba’s previous all-time temperature record was set just last June, when it got up to 102.4 degrees Fahrenheit (39.1 degrees Celsius).

“In several cases, the previous provincial or station records were obliterated, with more than a degree Celsius (1.8 degrees Fahrenheit) separating the new and old records.” 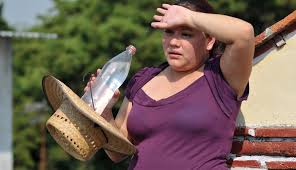 “…the heat wave will continue in the Yucatan Peninsula [Mexico] and the states of the northeast, west, center, east, south and southeast of the country, so temperatures above 45 degrees [113f] are estimated. in Campeche, Tabasco and Yucatan areas.”

“Amid the COVID-19 outbreak, Mexico is yet confronted with another crisis: severe drought brought by climate change.” 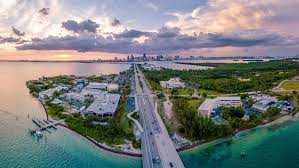 “Miami’s low temperature on Monday was 80 degrees. This was an all-time record-warm low for the month of April.

“2020 currently ranks as the hottest year to date in Miami.” 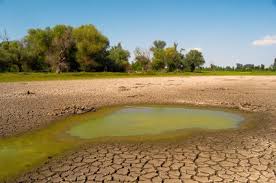 “In the Everglades, it’s all about the water.

“By the time summer arrives, sea grass could be dying and the rich peat soil that supports life could be collapsing.” 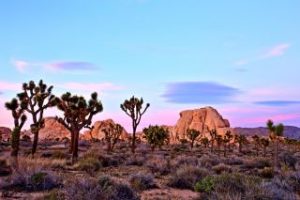 “The Joshua trees that are among the most distinctive features of Californian deserts face extinction because of drought, fires and human development, officials have warned…

“The state Department of Fish and Wildlife has recommended that the trees be listed as an endangered species.” 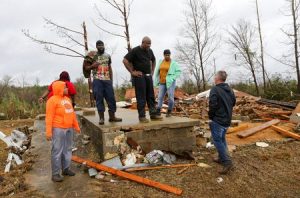 “Stunned residents across the South and East [US] continued to pick up the pieces Tuesday after tornadoes and storms cut a ferocious two-day trail of destruction, upending lives for thousands already grappling with a public health crisis…

“There were more than 60 reports of tornadoes that ripped across Texas, Arkansas, Louisiana, Mississippi, Alabama, Tennessee and Georgia…” 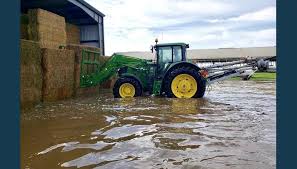 “NOAA’s flood outlook finds that areas home to 128 million people – or nearly 40 percent of the US population – are at some risk of seasonal flooding this spring.

“And with confirmed coronavirus cases in every state, that’s over a third of the population having to ponder how to face a flood and pandemic at once.” 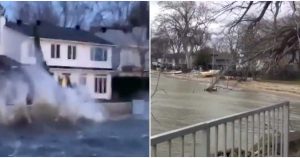 “Although we are now in mid-April, it looks like Mother Nature hasn’t gotten the spring memo.

“An Ontario storm wreaked havoc on the province on Monday, bringing snow, strong winds and even flooding. Thousands were left without power throughout the day…” 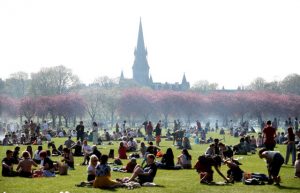 “There has been an extraordinary about-turn this spring as the [UK] weather flipped from floods to drought.

“Hardly a drop of rain has fallen so far this month in much of the UK, with only 2mm of rainfall in England and Wales up to April 12. Persistent high pressure has cleared the skies, and it is likely to stay dry as high pressure remains in charge and keeps wet Atlantic depressions at bay.” 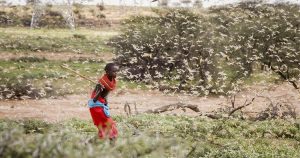 “Locusts have become more adept at beating measures meant to eliminate them, scientists have warned.

“A new breed of insects has developed adaptations such as hiding under leaves and change of behaviour such as dispersing, making it hard for aerial spraying to kill them as the country battles to contain the invasion…” 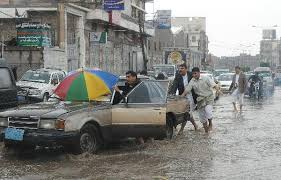 “Dozens of vehicles were swept by the heavy rain and winds with some were left stranded in flooded tunnels.” 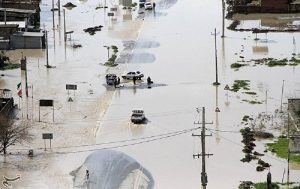 “The epicentere of Iran’s coronavirus crisis is now besieged by floods, with many vehicles swept away and many factories and stores filled with muddy water. 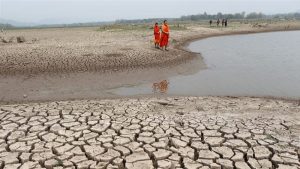 “[Thailand’s] Office of the National Water Resources says up to 6,255 villages in 24 provinces have already been declared as drought-affected areas, while national dams and reservoirs are only at an average of 49% capacity (only 26% of that water is usable.)

“It has been predicted that the drought could last until at least July.” 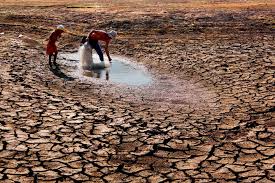 “China’s Mekong River dams held back large amounts of water during a damaging drought in downstream countries last year despite China having higher-than-average water levels upstream, a US research company said in a study.

“China’s government disputed the findings, saying there was low rainfall during last year’s monsoon season on its portion of the 4,350-km (2,700-mile) river.” 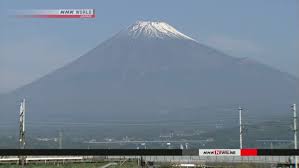 “Weather officials in Japan say the country had an abnormally warm winter this year, with a record-high national average temperature and record-low snowfalls in some areas. 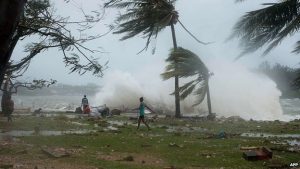 “The cyclone careened through the South Pacific last week, peaking as a Category Five superstorm…” 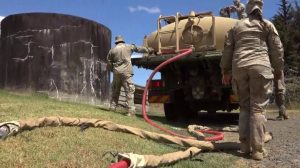 “Mandatory water restrictions edge closer in Auckland [NZ], as reservoirs are on the brink of tipping below the half-full mark…

“The hopes of significant forecast rain, turning up, and then falling in the main catchment areas in the Waitakere and Hunua Ranges, had again been dashed.” 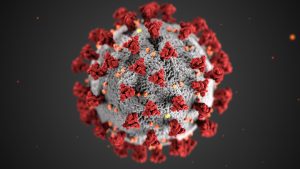