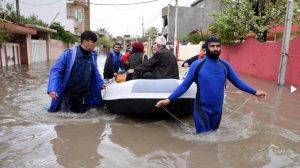 “Once again, heavy rain has brought flooding to Iraq. In the northern city of Mosul, during the most recent late winter, or early spring, thundery rain dropped 127mm (5 inches) of rain onto the streets.

“This is twice the average rainfall for March in Mosul and equivalent to about one-third of the year’s expected rainfall. The result was thigh-deep flooding and boat rescue.” 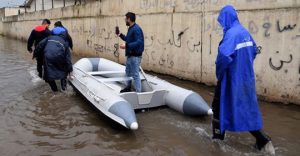 ““Cold, unstable air moving in with the storm will allow snow to fall across parts of Turkey, as well as showers and thunderstorms from southern Turkey and northern Iraq to northern Saudi Arabia and Jordan,” said AccuWeather Senior Meteorologist Dave Houk.” 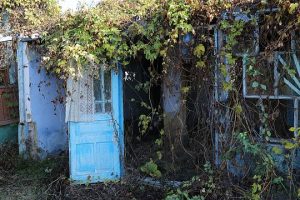 “In July 2010, a catastrophic flood forced Ion and his neighbours to flee their houses in Cotul Morii [Moldova], taking only the essentials.

“The water completely submerged the village, a rural community established 200 years ago on the banks of the River Prut.” 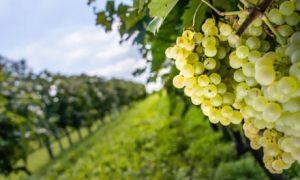 “As climate change makes winemaking a torrid business in southern Europe, viniculture is taking off in Scandinavia…

““We have an extra month of summer now. And winters are not like what they used to be. That’s why we can make wine, and why 50 years ago, we couldn’t.”” 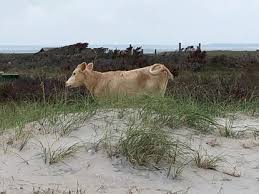 “A pregnant cow who swam four miles to shore after being swept away by Hurricane Dorian in September has given birth to a “miracle” calf.

“A photo of the “sea calf” was posted on Monday on Facebook by Ranch Solutions, a group hired to return the pregnant cow home to North Carolina’s Cedar Island, 350 miles east of Charlotte.”

“Twenty-three states from the Northern Plains to the Gulf Coast are forecast to have moderate to major flooding from March through May, with the greatest flood potential in parts of North Dakota, South Dakota, Minnesota, Illinois and Iowa.” 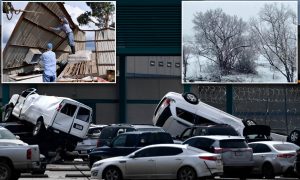 “A severe storm system is battering the country, bringing blizzard conditions, tornadoes and thunderstorms, disrupting the lives of more than 10 million Americans. 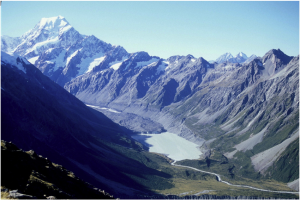 “Glaciers of the Southern Alps of New Zealand have been losing ice volume since 1978, with an increasing rate in the last decade…

“The NIWA glacier monitoring program noted that 30 percent of New Zealand’s ice that was existed in the late 1970’s has been lost in the past 40 years as snowlines have been rising.”

“A previously unknown significant source of carbon just discovered in the Arctic has scientists marveling at a once overlooked contributor to local coastal ecosystems—and concerned about what it may mean in an era of climate change.” 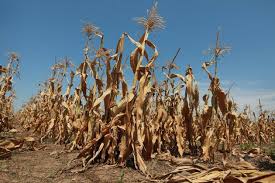