“…the [Swedish] town of Växjö – almost 200 kilometres north of the southernmost tip of the Nordic country – for the first time since its records began in 1858 did not experience winter at all.

“December, January and February were also record wet in Växjö. More than 279 millimetres of rain have so far fallen from December 1st, which already beats the previous record of 263 millimetres in 1995.” 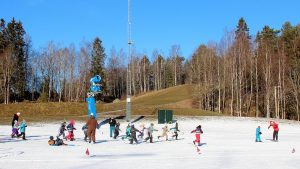 “Global warming has threatened winter sports, skiing in particular, around the world. But nowhere is that felt as strongly as in Norway…

There’s growing concern that the changing climate is threatening the region’s wintry conditions, depriving the next generation of Norwegians of the chance to carry on the country’s skiing traditions.” 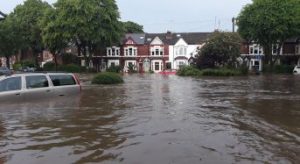 “A storm is expected to bring further bands of torrential rain to flood-hit communities as it sweeps across Britain.

“Forecasters have issued a yellow weather warning as the 75mph storm brings a fresh deluge of rain, up to 50mm (2in) in some places.” 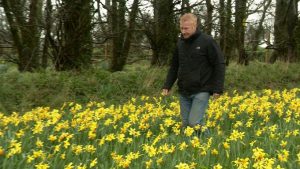 “Agricultural workers in Jersey are rushing to pick their daffodil crop before it turns. Daffodil growers say another mild winter has seen their flowers bloom early. 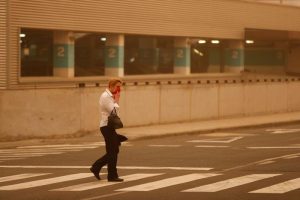 “Spain’s airport operator AENA has suspended all flights in and out of Gran Canaria and all flights leaving Tenerife, according to Reuters news agency…

“…after clouds of red sand from the Sahara overwhelmed the northern Canary Islands, severely reducing visibility.” 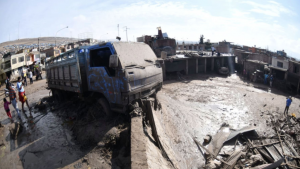 “Heavy rain in the mountains of Peru triggered flash flooding and deadly landslides while displacing hundreds of families from their homes in multiple districts across the country.

“Five people have been confirmed dead by the Ministry of Health following a landslide in Tacna, Peru.” 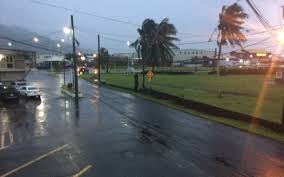 “Residents from Letui and Aopo [Samoa] – who attended a church gathering at Faletagaloa Safune on Sunday – were stranded and unable to travel home because the water at Sasina Fiord was so high after the heavy rain [from Cyclone Wasi].

“Resident So’oalo Liki Selulo, who was stuck at Samalaeulu on Sunday evening, said it was unsafe to travel across to the other side of the island.” 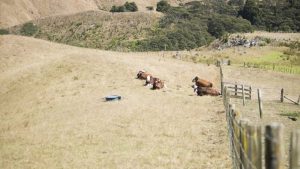 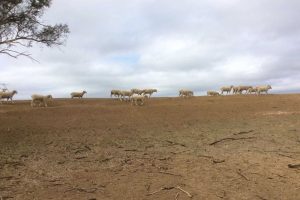 “Third-generation sheep farmer Chris Blunt [NSW, Australia] has not seen rain for so long that all 30 dams on his 1,000-hectare farm are empty…

“”The family has been here since 1902 … and I think this is probably the driest the forebears or myself have experienced,” he said.” 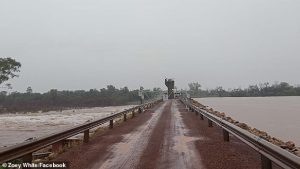 “A truck driver has been rescued from raging floodwaters and major highways and towns cut off as heavy rainfall battered south-west Queensland on Saturday.

“The most intense period of the downpour on Saturday evening led to 193mm of rain falling near Roma in the six hours to 10pm – reaching 246mm [nearly 10 inches] by Sunday morning.” 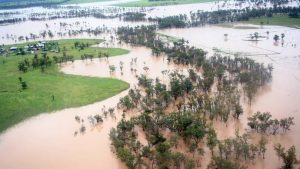 “Rural residents in Queensland’s southwest are bracing for a major flood after a weekend of heavy rain.

“Flooding along the Maranoa and Balonne Rivers started after the weekend’s drenching, with the town of St George expected to be hit by rising waters on Monday evening.” 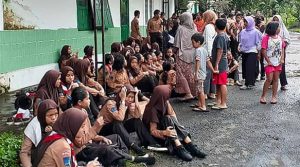 “At least eight students have been killed and two others are missing after a flash flood hit a high school group who were hiking along a river on Indonesia’s main island of Java, a rescue official has said…

“…high waters pulled some students in, drowning them.” 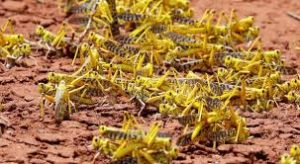 “Swarms of desert locusts have devastated crops in East Africa, hit the Middle East and moved into South Asia.

“They’re breeding fast thanks to changes in global climate patterns…

“So far, India has managed to prevent a swarm of biblical proportions from spilling over into Bangladesh, Burma, and then China—where the coronavirus has already paralyzed much of the country’s activity. But it’s not clear how long that line will hold.”

“The mercury soared in many places in the state on Sunday with Kottayam district [India] recording its highest-ever temperature (38.5 Celsius) in February.” 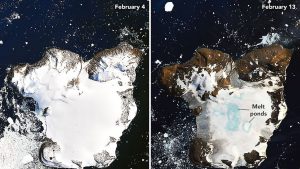 “Mauri Pelto, a glaciologist at Nichols College, who observed the warming event as 0.9 square miles of snowpack became saturated with meltwater, said in NASA’s report: 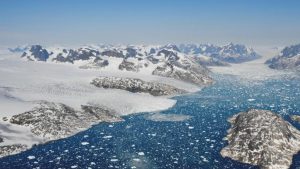 “The rate of melting of Greenland’s glaciers is happening at a far faster rate than climate scientists previously realized.

“This is based on new data which indicates that the rate of melting is happening below water as well as above.”