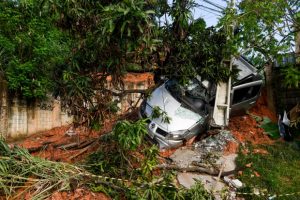 “Heavy rains since Tuesday have caused destruction in the southeast of Brazil, a region that was already suffering from flooding and landslides in the last week.

“In the capital of Minas Gerais state, Belo Horizonte, a metropolitan area home to six million people, some neighbourhoods saw 176mm (7 inches) of rain on Tuesday night. The downpour continued on Wednesday morning.

“It was the latest storm in what has been a punishing January for Minas Gerais and neighbouring Espirito Santo and Rio de Janeiro states. 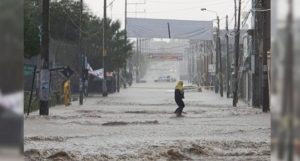 “Flood waters as deep as two metres were reported in areas south of Lima.”

“Heavy rains which hit several parts across Rwanda on Tuesday night had killed at least three people before destroying farms and sweeping away five homes, a senior government official said on Wednesday.” 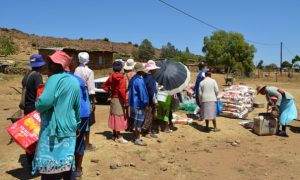 “According to the UN, more than 500,000 people – a quarter of Lesotho’s population – face severe hunger due to droughts that caused a 60% fall in cereal production last year, compared with 2018.

“At least 71,000 people in rural areas are “one step away from famine”, says Jens Laerke, spokesperson from the UN…” 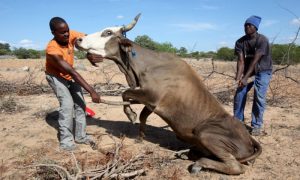 “The drought situation is worsening in Zimbabwe where at least 7,7 million people need urgent food aid as some parts of the southern African nation have so far received insignificant rains for large-scale and subsistence farming…

“More than 34,000 cattle have succumbed to the drought, which has resulted in poor harvests in four of the last five crop seasons.” 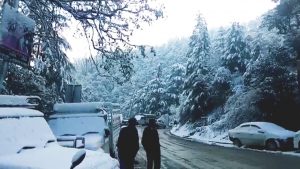 “The amount of the hail was so heavy that a layer of four to five centimetres of snow was formed on roads.” 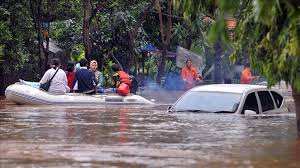 “Torrential rain in North Sumatra this week sparked the disaster, with most victims drowning or hit by logs swept away in the current, the agency added.” 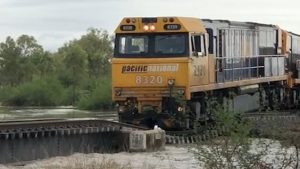 “A freight train narrowly avoided being derailed after the tracks collapsed beneath it during a flash flood.

“The footage was recorded by an onlooker in Prairie in Queensland, Australia, at 6.30am on Sunday.” 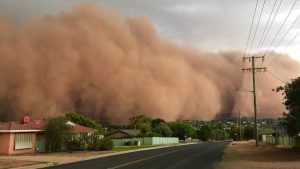 “Authorities say the searing heat, accompanied by dry winds, would bring severe bushfire conditions to parts of New South Wales and Victoria—where more than 80 fires are still burning across the two states… 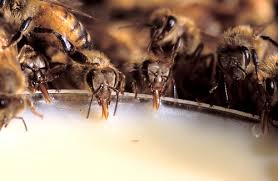 “[Australia’s] Beekeepers are preparing for a tough year following major losses of floral resources across the country due to drought and bushfires.

“Apiarists are having to artificially feed their bees with sugar and pollen to keep the population alive, with this year’s focus on survival and pollination rather than honey production.”

“Australia’s biggest gold miner, Newcrest, fears prolonged severe drought conditions could force it to slash output at the nation’s most lucrative gold mine by the end of the year, even as it and other miners invest heavily in water-saving measures to alleviate the impact.” 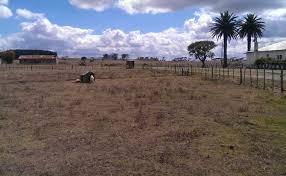 “the drought-like conditions were becoming more widespread and covering large areas, including southern Northland and the Aupouri Peninsula.” 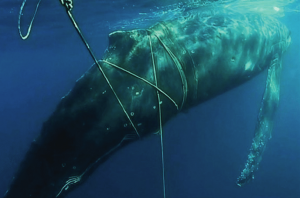 “Researchers say climate change is driving marine heatwaves that are moving food sources and causing an unprecedented spike in the number of whale entanglements, according to a recently released study…

“…“the Blob,” caused changes along the U.S. West Coast that led to a dramatic increase in the numbers of whales that became entangled in fishing gear.” 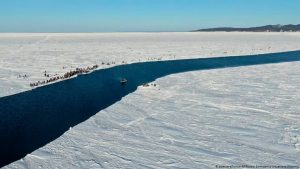 “Emergency services in Russia rescued over 500 ice fishermen after they became trapped on a giant sheet of floating ice that broke-off an island in far-eastern Siberia, officials said.

“The rescue mission took place off the coast of the island of Sakhalin in the Sea of Okhotsk, just north of Japan. The operation lasted approximately seven hours.” 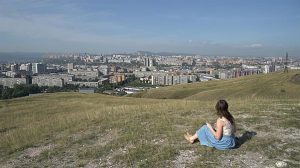 “…the most dramatic changes in climate and ecosystems over the past half-century have occurred in the Eurasian Arctic and Siberia.

“In this regard, it is necessary to quickly develop adaptation mechanisms to warming, otherwise humanity will face serious socioeconomic upheavals, including famine.” 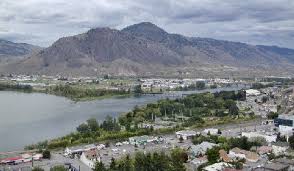 “If you’ve started wearing capris and flip flops because of the recent warm weather in Kamloops [BC, Canada], we won’t judge… The Kamloops forecast is currently calling for a high of 15 C on Friday (Jan. 31). 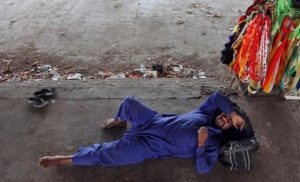 “Rising temperatures triggering extreme weather events around the world could result in an increase in heat-related illnesses and deaths, as well as the threat of new infectious diseases, according to experts…

“…with climate change, we can expect cases of heat cramps, heat exhaustion, and potentially fatal heat strokes to climb.” 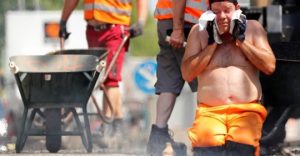 “The current warmest year on record is 2016, but the latest forecast based on Met Office computer models suggest a new annual record is likely within the next five years.