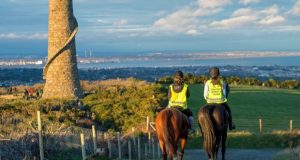 “Last winter was the warmest in Ireland since records began 119 years ago, Met Éireann has revealed.

“The months of December 2018 and January and February last year were 2.2 degrees above the seasonal average.

“The extraordinary mildness of last winter was evidenced by the presence of painted lady butterflies on New Year’s Day in Co Cork – they are supposed to be a species only ever seen in Ireland in summer time.

“In the same month, Irish Times readers sent us photographs of roses in bloom and cherry trees blossoming.” 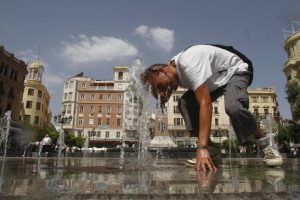 “Spain recorded its highest temperature ever in July 2017, when thermometers in Córdoba soared to 46.9ºC…

“Spain this year is forecast to have coming its hottest summer ever ahead.” 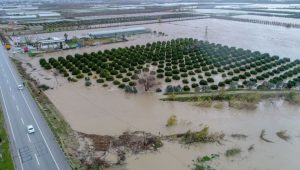 “Days of heavy rain and strong winds have caused flooding across parts of southeast Europe and the Levant.

“Cyprus, Lebanon, Syria and Israel have all felt the brunt of the stormy weather which has caused flooding and widespread disruption.” 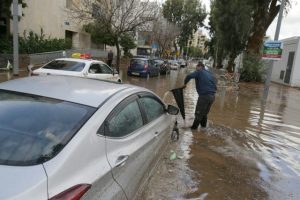 “The 2020s is shaping up to be the decade of climate change impact, and Israel began it with a bang – of thunder…

“Forecasters had predicted the stormy weekend and, as usual, warned Israelis to avoid trekking through riverbeds. But Tel Avivians hadn’t expected anything of such dramatic magnitude.” 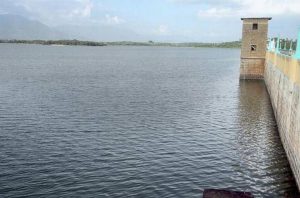 “Zimbabwe’s agriculture sector, hard hit by drought, is facing another significant risk as dam levels recede due to the high temperatures.

“The country, which is facing serious food shortages, has had a poor rainfall season and was hoping to turn to irrigated crop to mitigate the impact of the drought…” 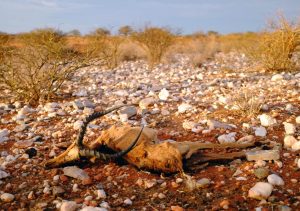 “Parts of the country have been affected by consecutive years of abnormally hot weather and below average rainfall that have scorched grazing lands and dried up watering holes since 2015, the driest year on record.” 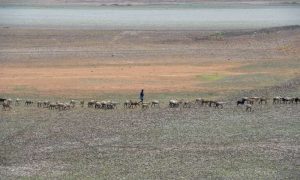 “The last decade was India’s hottest on record with the national weather office calling the impact of global warming “unmistakable” and extreme weather killing more than 1,500 people last year. 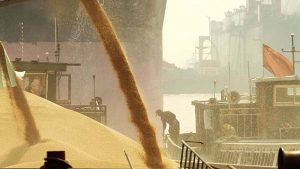 “Shanghai’s daytime temperature broke an 80-year record, becoming the warmest day of xiaohan since the previous record of 21 degrees Celsius on Jan. 6, 1940…

““Many places, such as in Hangzhou and the Yangtze River Delta, have experienced record-breaking warm temperatures this winter.”” 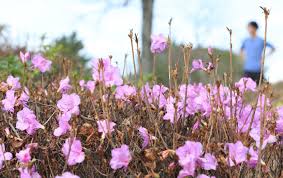 “Residents and visitors to Jeju Island [Korea] witnessed the warmest January weather on Tuesday, with the daily low on the southern resort island rising to an all-time high of 18.5 C, a weather agency said.

“According to the Korea Meteorological Administration, some regions on the nation’s southern coast also reported their highest daily low temperatures for January amid an extended spell of unseasonably warm weather gripping the Korean Peninsula.” 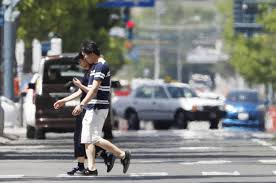 “The average temperature in Japan in 2019 hit the highest level since records began in 1898, the Japan Meteorological Agency has said.

“The temperature exceeded the normal-year level by 0.92 degree Celsius, the agency said Monday.” 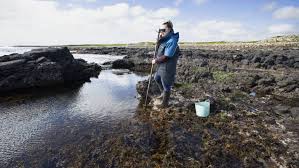 “Parts of New Zealand experienced their warmest year on record in 2019, with some records going back more than a 150 years. 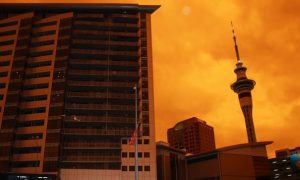 “Bushfire season has begun in New Zealand with hundreds of hectares of forest going up in flames at half a dozen separate blazes on the east coast of the North Island.

“Seven helicopters and two planes are working to combat the largest blaze, in the Waipatiki forest outside of Napier…” 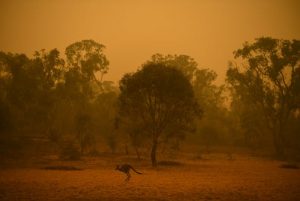 “A record-breaking area of land has been burned in New South Wales this bushfire season, according to the latest figures released by the Rural Fire Service.

“A total of 4.9m hectares – an area larger than Denmark – has been destroyed in the state during the nationwide fire crisis.” 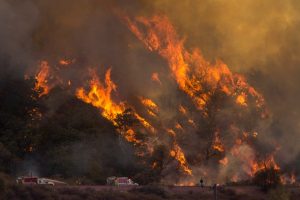 “Climate change can increase the chances that areas prone to wildfires see both record high temperatures and drought simultaneously, creating the potential to ”supercharge” the wildfires in Australia after 2019’s record-high temperatures, climate experts say.”

“Humans have seldom if ever seen fires like these, but we do know that wildfires have driven mass extinctions and reshaped life on Earth at least once before – when the asteroid strike that led to the demise of the dinosaurs sparked deadly global firestorms.” 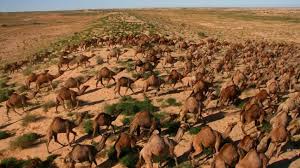 “Feral camels in South Australia will be killed to stop the animals drinking water in the drought-ravaged region.

“More than 10,000 camels will be culled by professional shooters in helicopters from Wednesday after an order from Aboriginal leaders in the Anangu Pitjantjatjara Yankunytjatjara lands.”

“Fears that Brazil’s Rio Grande do Sul state could experience a corn crop failure after a prolonged period of dry weather have provided support to the country’s already high domestic prices, and prompting some market participants to anticipate a cut to production forecasts.” 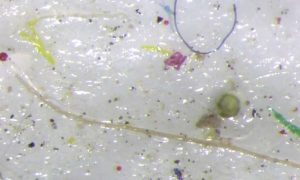 “Aboard the Icebreaker Oden, a Swedish vessel on an Artic expedition, a multidisciplinary group of scientists, filmmakers and students, including three City College of New York undergraduates, made a dismaying discovery in the Canadian Arctic Archipelago.

“Microplastics, a lot of them,” said Krystian Kopka, junior in CCNY’s Grove School of Engineering.” 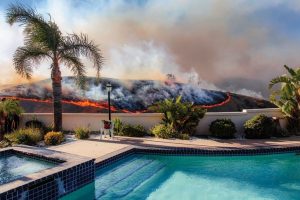 “The climate changes we humans have inflicted on the planet are now so deeply embedded, they are showing up in our daily weather.

“Researchers from Switzerland and Norway now claim to have detected the “fingerprint” of climate change in every single day of weather in the global record since 2012.”