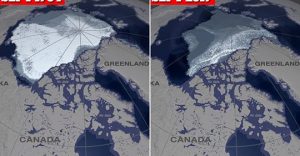 “What was predicted to be the last sea ice to lose its perennial ice cover in the Arctic Ocean, is now melting twice as fast as any ice in the area.

“Researchers have released a video showing the oldest and thickest solid layer of frozen ocean water has loss 95 percent of its mass over the past 35 years –which experts say is a ‘dramatic indicator’ of climate change.” 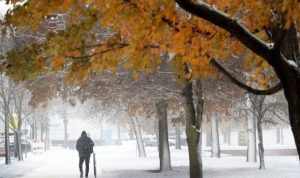 “Alabama didn’t get much in the way of snow, but we’re definitely getting a big dose of cold on Tuesday…

“…get this, it is forecast to be just as warm or warmer in Anchorage, Alaska, (37 degrees) than it is in Muscle Shoals, Huntsville and Birmingham today, according to the National Weather Service.” 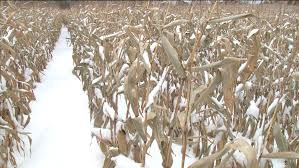 “An Arctic air mass has brought record-breaking low temperatures to several places in the US. The Arctic blast, which began in Siberia, has brought heavy snow and ice to many areas.

“Daily records have been set in states including Kansas and Illinois. Forecasters say hundreds of records could be matched or broken this week.”

“This fall ended up being one of the wettest on record. Planting was already delayed weeks from our wet spring…” 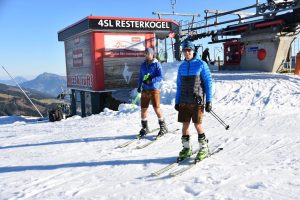 “The last week of October, the winter resort of Kitzbühel in Austria was scheduled to open for ski season.

“Trouble was, temperatures under the sunny autumn skies were a balmy 73 degrees Fahrenheit. So lift operators plowed a strip of snow nearly half a mile long from a glacier to the bottom of the ski hill using snow they had stored over the summer.” 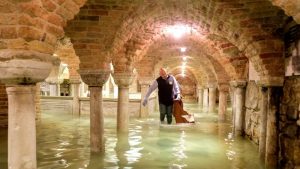 “Severe flooding in Venice that has left much of the Italian city under water is a direct result of climate change, the mayor says.

“The highest water levels in the region in more than 50 years will leave “a permanent mark”, Venice Mayor Luigi Brugnaro tweeted… Mr Brugnaro said the damage was “huge” an that he would declare a state of disaster…” 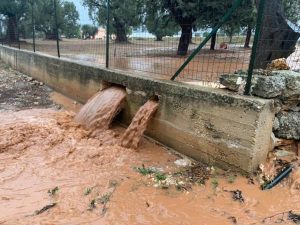 “Heavy rain, hail, thunderstorms, and winds of more than 100 kilometres per hour hit many parts of southern Italy on Tuesday.

“In Basilicata, the coastal town of Metaponto was also reportedly hit by a tornado while nearby Matera suffered serious flooding.” 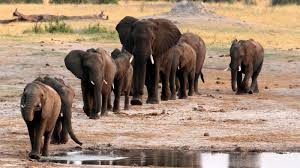 “Hundreds of elephants and tens of lions in Zimbabwe will be moved by the country’s wildlife agency as part of a major operation to save the animals from a devastating drought. 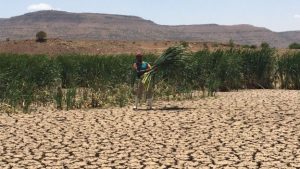 “The supply in reservoirs distributing water across Tshwane [South Africa] through the Rand Water supply system has “plummeted substantially” and the outflow is now being throttled.

“The city pleaded with residents on Wednesday to conserve water. 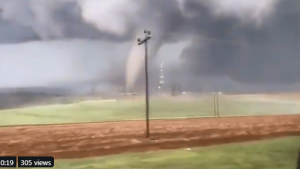 “The extent of severe storms and a tornado that hit parts of KwaZulu-Natal [South Africa] on Tuesday is yet to be determined, but two human casualties and 20 injuries had been reported by Wednesday morning…

“According to Campbell, many animals were reported to have been injured or killed in the area and power lines are also down.” 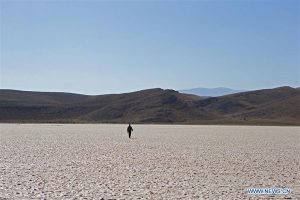 “A large part of Maharloo Lake [Farsi province, South Iran] has almost disappeared over the past years due to drought.” 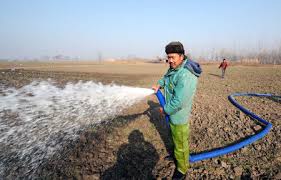 “The worst dry spell in decades has dried up nearly a quarter of reservoirs in east China’s Anhui Province, disrupting drinking water supplies and affecting the planting of crops…

“By Monday, the severe drought had affected the domestic water supply for 384,300 residents in 10 cities, according to the provincial department of emergency management.” 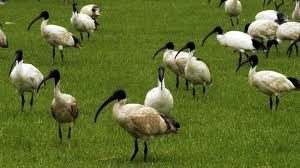 “A water shortage has driven hordes of ‘bin chickens’ into urban areas to feast upon garbage, according to a national bird count.

“The white ibis, more commonly known as a ‘bin chicken’, has made the top 10 most commonly-seen birds in BirdLife Australia’s Aussie Backyard Bird Count for the first time.” 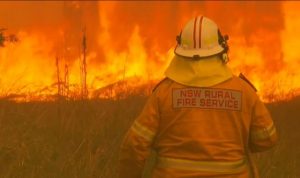 “All told, the hundreds of bushfires across New South Wales have now ripped through more than 1 million hectares across the state, amid an unprecedented bushfire emergency still unfolding before the Australian summer has even begun.

“North of the border in Queensland, where at least 14 homes were destroyed, heavy winds caused havoc through most of Wednesday, whipping fire fronts through thousands of hectares of dry bushland.” 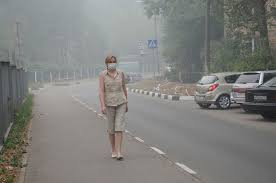 “The mega heatwave – since designated eastern Europe’s hottest episode in 500 years – affected an area as large as Mexico. By the time it abated it had caused 55,000 deaths from respiratory failure and other disorders caused by heat and air pollution from wildfires. It had destroyed one-third of Russia’s grain harvest.

“Jakob Zscheischler, a senior scientist at the Climate and Environmental Physics group at the University of Bern, calls the 2010 incident a quintessential compound climate event, a weather disaster intensified by the combined effect of two or more factors.” 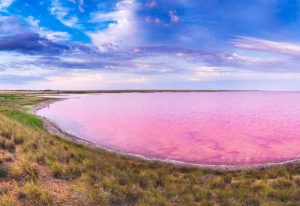 “As bacteria adapt to hotter temperatures, they speed up their respiration rate and release more carbon, potentially accelerating climate change.