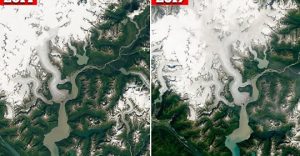 “The world’s thickest glacier has succumbed to the effects of climate change.

“A set of images released by NASA’s Earth observatory shows the Taku Glacier in Alaska is receding for the first time in over 70 years.

“Researchers predicted that the alpine glacier would one-day retreat, but the decrease in mass is 80 years ahead of schedule.” 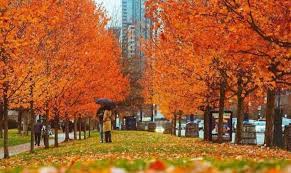 “…November has been unseasonably dry. In fact, Vancouver just broke the record for the longest stretch of no precipitation ending in November.

“What’s more, the forecast calls for clear skies throughout the day tomorrow, which might make the dry stretch even longer.” 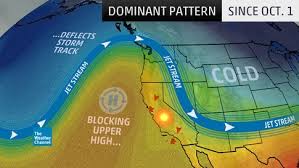 “Parts of California may reach one of their driest starts to the rainy season on record with no rain in sight to quench the fire-weary state’s thirst… UCLA climate scientist Daniel Swain noted a measure of vegetation flammability is near or above record levels for early November.

“Point is, the state remains a tinderbox.” 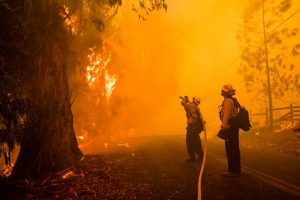 “With worsening waves of fires ravaging northern California, the loss of just hundreds of homes has come to signal success… Several other fires burned to the south and to the north over the same period – and the Kincade blaze came just two years after a nearby spate of wind-driven wildfires north of the San Francisco Bay area killed 43 people.

“Last year, 85 people died in another fire that swept into the northern California town of Paradise.”

“Large parts of the US may experience record low temperatures as an Arctic blast sweeps across the Midwest and Northeast through the middle of next week. Nearly two-thirds of the country will be vulnerable to unseasonably cold temperatures…

“In the Kansas City area, residents were saying they smelled an unusual odor… The odor of manure from a large stock farm was trapped in a part of the atmosphere that moved southward with the cold front as it passed over Kansas City, meteorologists said.” 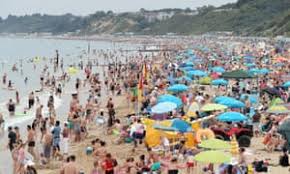 “Temperatures soared in 2018 to nearly 3.6F (2C) above average levels above much of southern and central England and Wales and 2.5F (1.4C) throughout Britain. New research suggests that… the country would not have hit record highs without climate change.

“The team found that the chances of such a heatwave is now between 11 and 12 per cent each year, which is 30 times higher than would be expected from normal…” 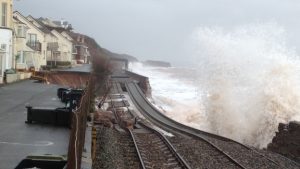 “Britain’s railways can no longer cope with the effects of the climate crisis, a senior rail executive has warned.

“Extreme weather events including heatwaves, storms and flooding have damaged infrastructure and halted thousands of services across the UK this year.” 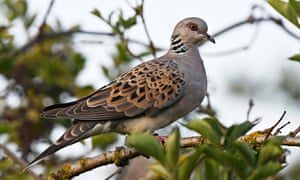 “The turtle dove, Britain’s most endangered bird, continues to plummet towards extinction, its numbers having halved over five years, according to the latest data.

“The turtle dove’s 51% decline from 2013 to 2017 is the most drastic of a continuing slump for a quarter of farmland bird species.” 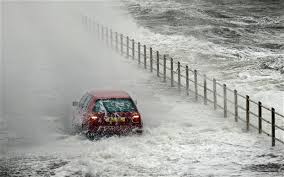 “…firefighters rescue drivers with dinghies and rail lines are blocked after trapped families spend the night in shopping centre with more downpours to come.” 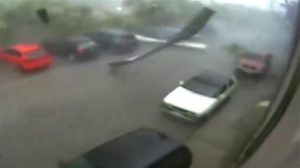 “This is the shocking moment a violent tornado almost destroys a factory in Greece after shattering windows and ripping off sections of the walls.

“The freak storm hit Kalamata in Greece on Monday, causing damage to buildings including the Papadimitriou factory which produces vinegar and olive oil.” 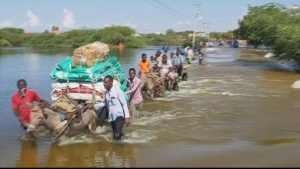 “Floods have killed at least 25 people and injured 47 others as heavy rains continue to wreak havoc in Somalia, the World Health Organization said on Thursday.

“The WHO said the heavy rains pounding several parts of Somalia have displaced more than 270,000 people, destroying livelihoods and infrastructure in the country.” 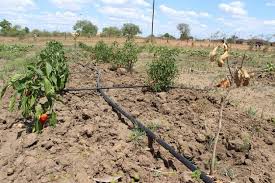 “Maize and soybeans are the main grain crops in South Africa and farmers were hit by a disastrous El Nino-induced drought in 2015/2016 and faced late rains in the 2018/2019 season.

“In the current planting season, severe drought linked to climate change has scorched land across southern Africa and U.N. agencies have warned that a record 45 million people face food shortages.” 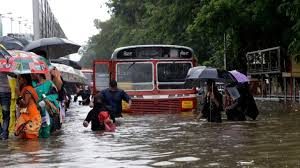 “The tally for monthly rainfall this November in Mumbai has been the highest ever, according to data from the India Meteorological Department (IMD).

“In just two heavy spells recorded over a total of seven hours on two days – 46.3mm on November 1 and 62.3mm on November 8 – rainfall this November stands at 108.6mm, which is now the all-time high rainfall for the month.” 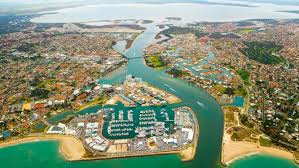 “Mandurah [West Australia] is tipped for a scorching 39 degrees on Saturday, potentially the highest November temperature on record. The current record temperature for the month in Mandurah is 39.3 degrees on November 10, 1982.

“The Bureau of Meteorology has already issued severe to extreme fire danger ratings across the State.” 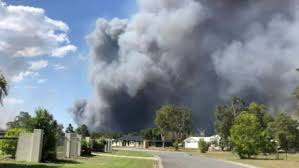 “Thousands of residents have left their homes as a large bushfire bears down on the Cooroibah area on Queensland‘s Sunshine Coast, with several emergency alerts issued as more than 50 bushfires burn across the state.

“Mike Hurley has been a Cooroibah resident for more than 30 years and said while he had experienced bushfires, he had never seen anything like this fire before.”

“More than 90 blazes were raging across the state on Friday.

“Gusty winds and up to 35C heat have exacerbated the fires, many of which are in drought-affected areas.

“There are reports of people trapped in their homes in several places, with crew unable to reach them due to the strength of the fires.

“”We are in uncharted territory,” said Rural Fire Service Commissioner Shane Fitzsimmons. “We have never seen this many fires concurrently at emergency warning level.””