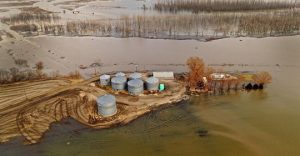 “Another round of major river flooding is an increasing likelihood next spring in parts of the nation’s heartland, according to a new government outlook.

“The latest fall flood update released Tuesday by the National Weather Service Central Region said conditions were in place for a “difficult spring flood season” with the potential for “widespread record flooding again” in parts of the Northern Plains and Midwest.

“A number of factors have increased confidence in this rather ominous outlook months in advance… It’s [already] been the wettest first 10 months of any year in 125 years of records in Illinois, Michigan, Minnesota, South Dakota and Wisconsin.”

“…the problem may be exponentially larger than what’s reported to public health officials. The National Academies of Sciences, Engineering, and Medicine estimates that as many as 70,000 people [in the US] may suffer from the disease each year, according to a report released in August… The officials are finding that as temperatures rise and summer extends, that could spur more bacterial growth.” 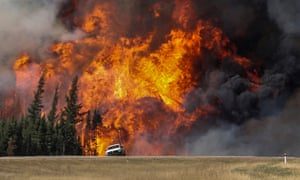 “Alberta’s scorching wildfire season, which came to an end on October 31, was the second-worst wildfire season in the province’s history… Mike Flannigan, professor of Wildland Fire at the University of Alberta says the area burned in Canada by wildfires each year has doubled since the 1970s and this is the result of human-caused climate change.

“”I can’t be any more clearer than that, it is human-caused climate change and this is not normal, it is a new reality,” says Flannigan.” 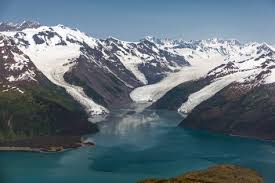 “A mild winter combined with an abnormally calm and sunny summer led to marine water temperatures that doubled the previous marine heat wave’s record in Prince William Sound this year.

“Prince William Sound Science Center oceanographer Rob Campbell observed that monthly average temperatures at the surface during the months of July and August were 7 degrees Fahrenheit above the seasonal average with one observation of 9 degrees above average.” 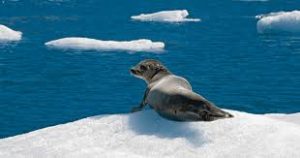 “Scientists have linked the decline in Arctic sea ice to the emergence of a deadly virus that could threaten marine mammals in the North Pacific, according to a 15-year analysis…

“The researchers caution that as sea ice continues its melting trend owing to climate change, the opportunities for this virus and other pathogens to cross between North Atlantic and North Pacific marine mammals may become more common.” 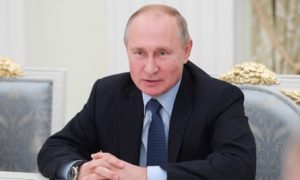 “Russia has ditched plans to set greenhouse-gas emissions targets for companies as a sign of its commitment to fighting climate change, following lobbying from big businesses that risked fines if they didn’t comply…

“…the Russian Union of Industrialists and Entrepreneurs warned it would raise costs for companies and delay investment.” 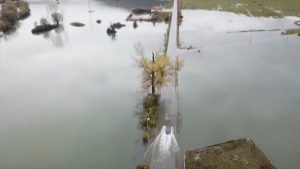 “Torrential rains have cause floods and landslides in parts of Montenegro, blocking roads and cutting off dozens of homes.

“Emergency teams said Wednesday they have responded to dozens of calls from people seeking help with flooded homes and stranded vehicles… roads and bridges have been blocked by overflowing rivers or mud from landslides.” 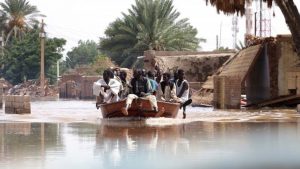 “Heavy rains and floods have killed more than 50 people and forced hundreds of thousands of people from their homes across East Africa as researchers warn warming oceans are causing unpredictable weather patterns in the region. 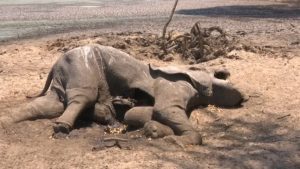 “More than 52 million people in 18 countries across southern, eastern and central Africa are facing up to crisis levels of hunger as a result of weather extremes, compounded by poverty and conflict…

“Drought has also hit the East and Horn of Africa particularly Ethiopia, Kenya and Somalia. At the same time, record-breaking temperatures in the Indian Ocean have dumped ultra-heavy rainfalls into Kenya and South Sudan.”

“In Zimbabwe, the country’s government has called a national emergency…. This region annually experiences hot, dry weather at this time of year – but this year is different. Hotter. Drier. More deadly.”

“A cyclonic storm formed over the Bay of Bengal is likely to intensify into a severe cyclonic storm over the next 24 hours and set to move towards West Bengal and Bangladesh coasts, skirting Odisha, a senior IMD official said.” 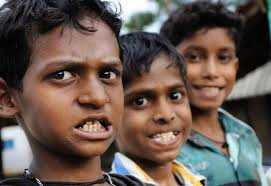 “Prevalent across rural India, fluorosis is caused by excessive consumption of the mineral fluoride, usually through drinking contaminated groundwater. As fluoride builds up in the body it leads to skeletal deformities.

“With climate change set to exacerbate India’s already widespread water crisis, more and more of the population will be forced to rely on groundwater as their primary or sole source of water for drinking and crop irrigation, putting them at increasing risk of excessive fluoride intake.” 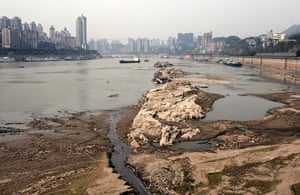 “The middle and lower reaches of China’s Yangtze river are suffering from the most severe drought in 40 years, with temperatures up to 3 degrees Celsius higher than normal in some regions, the official People’s Daily said on Thursday.

“Citing the ministry in charge of handling natural disasters, the newspaper said the drought was affecting local grain production and had delayed rapeseed planting in the region.” 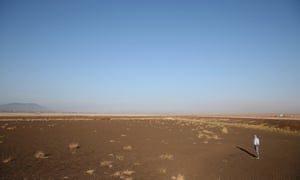 “The Liverpool Plains area is famous for having some of the most fertile soils in Australia. Unfortunately, it all changed after the November flood of 2000. The rain stopped and the last four years in particular have been off the scale in below-average rainfall. I have never experienced anything like it.

“We use farming techniques that help to store moisture in the soil. However, when it doesn’t rain for years on end there is nothing to store.”