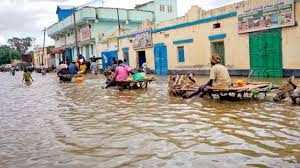 “A powerful climate phenomenon in the Indian Ocean stronger than any seen in years is unleashing destructive rains and flooding across East Africa—and scientists say worse could be coming.

“Violent downpours in October have displaced tens of thousands in Somalia, submerged whole towns in South Sudan and killed dozens in flash floods and landslides in Kenya, Ethiopia and Tanzania.

“Rising waters have wiped out livestock and destroyed harvests in swathes of the region still reeling from severe drought. Close to a million people in South Sudan alone are affected, with growing fears of disease outbreaks and starvation.” 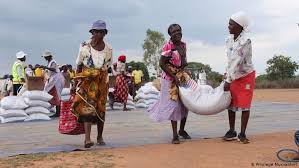 “A record 45 million people across southern Africa face severe food shortages in the next six months, with around a quarter of them currently enduring drought-induced “crisis” food insecurity, three United Nations agencies warned on Thursday. The 16-member Southern African Development Community is in the grips of a severe drought, as climate change wreaks havoc in impoverished countries struggling to cope with extreme natural disasters.” 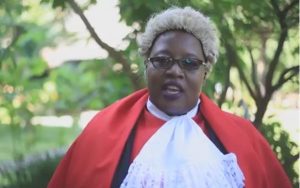 “Malawi’s constitutional court has suspended its requirement that lawyers and judges wear traditional white wigs and black robes in the courtroom as an early season heatwave sweeps the southern African nation. 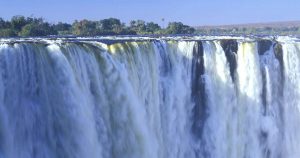 “The flow at the Africa’s biggest waterfall is at its lowest since 1995, highlighting the threat posed by a drought to tourism and electricity generation in Zimbabwe and Zambia…

“The falls on the Zambezi river straddle the border between Zimbabwe and Zambia and the flow of the watercourse fills the Kariba Dam, the site of the two countries’ largest power plants.” 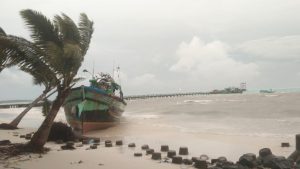 “This week, the Arabian Sea witnessed a peculiar occurrence with the formation of Cyclone Maha even as Kyarr prevailed over the region.

“On Thursday, the India Meteorological Department (IMD) confirmed that this was the first recorded case of two cyclones occurring simultaneously in the Arabian Sea.”

“The once-mighty Mekong river has been reduced to a thin, grubby neck of water in stretches of northern Thailand – record lows blamed on drought and a recently completed dam far upstream…

“Along parts of Thailand’s northeastern border at Loei, the kilometre-wide river has shrivelled to a few dozen metres, with boulders and bedrock encasing muddy pools of water.” 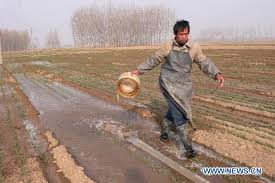 “A total of 45 cities and counties have been ravaged, with regions in three cities along the Yangtze River suffering from the worst drought in up to 50 years, said the provincial emergency management department.” 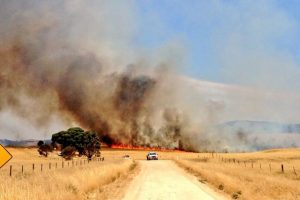 “Almost the whole Australian mainland is likely to have a warmer and drier than normal final two months of the year, boosting the odds that 2019 will be the country’s hottest on record. Nationally, maximum temperatures last month were almost 3 degrees above the 1961-90 average… 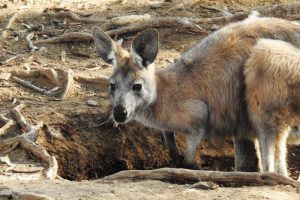 “Kangaroos are digging for water in the South Australian outback as the drought continues. While on holiday in the Flinders Ranges this September, Janice Osman Iseppi witnessed the impressive adaption technique.

“”We’d just gone walking along looking at trees in a creek bed and we’ve noticed that they’d dug a little dugout and there was water there,” she said.” 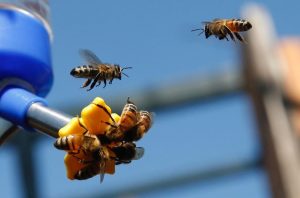 “Southern hemisphere spring showers once spawned meadows of dandelions in this vineyard-speckled Pacific coast town [in Chile]. Now there is just dust and hardpan…

“…a punishing, decade-long drought is making life difficult for honey bees, according to government officials, beekeepers and industry experts interviewed by Reuters.” 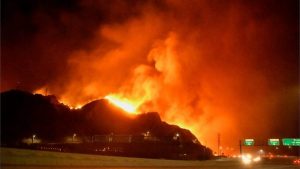 “The fire had already burned more than 11 square miles and was spreading rapidly, according to Cal Fire.” 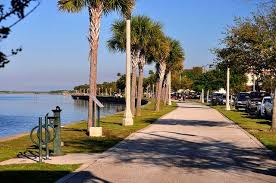 “Temps hit 91 in Orlando and Sanford on Thursday.

“According to the National Weather Service, this is warmest Halloween on record.

“The previous record in Orlando for Halloween temps was 90 degrees, set in 1922.” 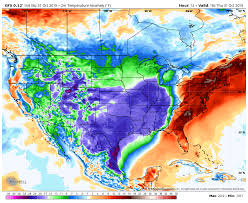 “It’s another day of bone-chilling cold for millions, with temperatures 15 to 20 degrees below average for a massive swath of the United States. Record lows and brutal wind chills will make trick-or-treating seem like a polar expedition.”

“Just three years after the warmest Halloween on record, Denver experienced the coldest temperature ever recorded on October 31 early Thursday morning. Shortly after 3:30 a.m., the official thermometer for the city located at Denver International Airport fell to 7 degrees.” 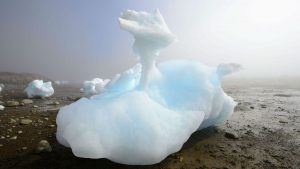 “…in the deep of fall, Alaska’s profound change continues. Record warm ocean temperatures mean that sea ice in the state’s northern waters is at historic lows for early November. The ice refuses to regrow.

“”For old-timers like me, till the day I die, my jaw will drop at the sight of this stuff,” Thoman said.” 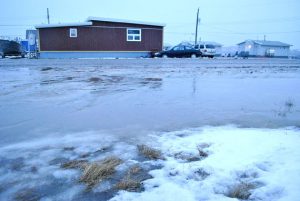 “Last October, when Juuta Sarpinak of Igloolik set off on a seal hunt, he took his snowmobile. For the same trip exactly a year later, he’d need a boat. Across Nunavut and the rest of the Arctic, the same scenario is playing out.

““It’s the latest I’ve ever seen it freeze up in my lifetime,” said Willie Aglukkaq, who’s lived in Gjoa Haven for nearly 40 years.” 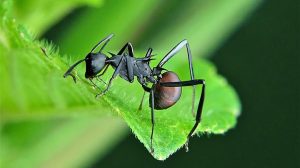 “The decline of insects in German forests and grassland is “frightening” particularly in the vicinity of intensively farmed land, scientists have warned.

“An international research team led by scientists from the Technical University of Munich collected more than one million insects between 2008 and 2017 at 300 sites across the German states of Brandenburg, Thuringia and Baden-Wurttemberg.

“The results, published in the Nature journal on Wednesday, show that of many of the nearly 2,700 insect species have declined by over a third in ten years.”

“Climate change is becoming a problem for cemeteries everywhere, disintegrating headstones in California wildfires and swamping caskets in Alaska’s melting permafrost. Stronger storms and rising sea levels are bringing water into new places—uncovering graves through erosion, if they’re not swept away entirely.”