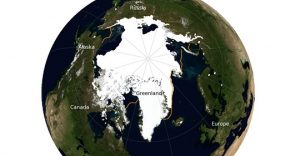 “With sea ice extent in 2019 tracking at below 2016 levels for more than a third of the year so far, it’s possible we could see a new lowest yearly average extent in the record books for the Arctic once the year is over.

“Also, at the other end of the Earth, with 2016-2019 Antarctic sea ice extents tracking at or near their lowest levels on record, this could add up to a global annual average extent for 2019 that beats out 2017 for the lowest so far, as well.” 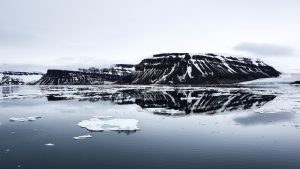 “Researchers from McGill University project that as the permafrost continues to degrade, the climate in various regions of the Arctic could potentially change abruptly, in the relatively near future.

“Their research, which was published today in Nature Climate Change, also suggests that as the permafrost degrades, the severity of wildfires will double from one year to the next…”

“The North is melting five times faster than it was before 2005, with alarming implications for global sea levels, Indigenous people and Arctic.” 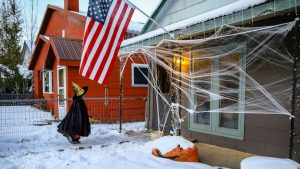 “The coldest temperature ever recorded in Salt Lake City in October occurred yesterday at 14 degrees!

“Some areas in Utah fell below -40 degrees Fahrenheit, closing in on some of the coldest temperatures ever seen in lower 48 states in October…” 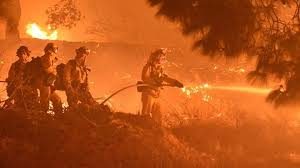 “Hurricane-force winds are expected to continue in Southern California on Thursday, fanning the flames of fires throughout the region.

“Gusts of the Santa Ana winds reached up to 80 mph Wednesday, prompting the first-ever extreme red flag warning from the National Weather Service. The winds aren’t expected to calm until the weekend…” 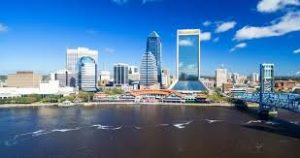 “Halloween makeup may not stay put tonight as Central Florida is expected to see record-setting heat on Thursday. Some good news though: a cooldown is coming!

“”Hottest Halloween ever in Orlando was 90° in 1922,” said Fox 35 meteorologist Jayme King. “Today we will tie or break the record…at least it’s not snowing!”” 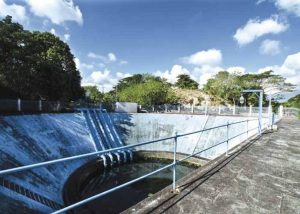 “The Cuban capital is one of the provinces with the least rainfall recorded so far this year, which means it will begin the dry months (November-April)

““…with significant deficits, set to increase over time, judging by the traditional performance of the rain regimen and the forecasts,” 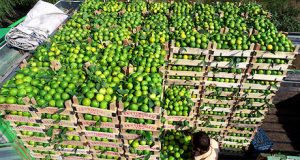 “In another area of the world affected by drought, this time Tamaulipas, Mexico, Italian lime production has been hurt by the lack of rain during the first half of 2019…

“The drought has also affected the ability of being able to supply the sizes that customers in the United States have asked for, with the limes failing to size up.”

“The heat wave that kills Paraguay with temperatures between 40 and 42 degrees Celsius claimed the first two fatalities who died from heart disease, authorized sources said today. “According to police commissioner Sabino López, a 58-year-old was identified as Justo Andrés Rojas, who died after finishing an exercise routine at the gym at noon after suffering an acute heart failure.” 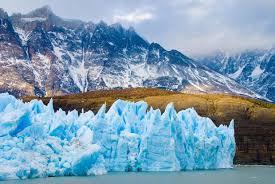 “A glacier in Patagonia that has lost half its length in 30 years may be the fastest-thinning glacier on the planet.

“The glacier, known as Hielo Patagónico Sur 12 (HPS-12), is perched in the Andes mountains in Chile. At its fastest, the thinning occurred at a rate of 144 feet (44 m) per year…” 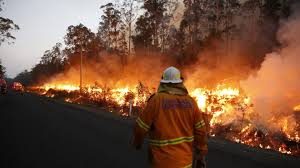 “Smoke from fires burning in northern New South Wales has triggered health warnings for Sydney and other parts of the state, with conditions expected to persist into the weekend. 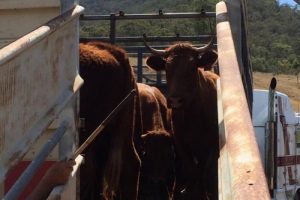 “Generations of Australia’s prime breeding cows are heading to slaughterhouses as a lack of water and feed sees more producers opt to “cash in and get out”. 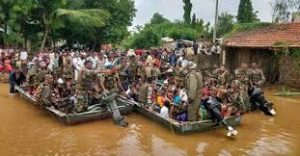 “Coastal Karnataka [India] has received 520 mm of rainfall in October this year as against the normal of 186 mm for the month—making it the rainiest October on record since 1901.

“The subdivision has never witnessed such high volumes of October rain before… the previous highest October rainfall, recorded in the year 1955, was 361 mm.” 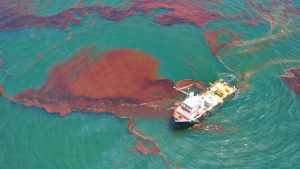 “An abandoned tanker laden with 2,800 million tonne naphtha floating off the Goan Coast could spill its toxic content with a strong cyclone set to buffet the Arabian Sea Coastline.

“Indian Coast Guard issued a fresh alert on Wednesday of a new cyclone in the Arabian Sea.

“The Coast Guard said, “While the Cyclonic Storm Kyarr moves away from the Indian coasts and continue to weaken, another well marked low pressure area has developed over Commorin and adjoining Indian Ocean area.””

“Tidal waves generated under the influence of Tropical Cyclone Kyarr, wreaked havoc in a coastal settlement near Gwadar [Pakistan], on Wednesday. The Arabian Sea waves surged and submerged several houses and mud huts in coastal settlement of Gunnus. The high waves surged to cause collapse of walls of the huts leaving the people to fight the natural calamity.” 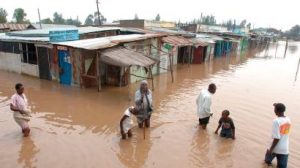 “At least 29 people have been killed and more than 100,000 others affected since October as raging floods cause havoc in many parts of Kenya, an UN agency said on Thursday.

“The UN Office for Coordination of Humanitarian Affairs said the heavy rains which started in early October have also displaced thousands of people and threaten to unleash a wave of communicable diseases like cholera, typhoid and malaria.” 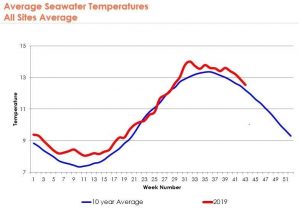 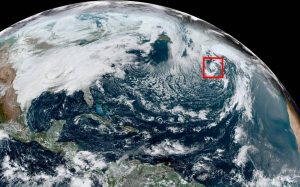 “Today’s subtropical storm formed in a very similar manner to Hurricane Pablo, which was another unusual storm that formed near the Azores Islands last week. Rebekah developed beneath a broad upper-level low swirling around the northern Atlantic Ocean.”