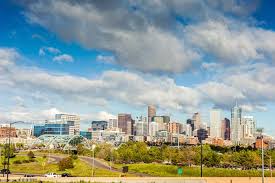 “Temperatures in Denver reached 100 degrees Monday — the first time triple-digit heat has ever been recorded in the city during September.

“The temperature hit 100 degrees at Denver International Airport just before 4 p.m. Monday. The heat had already eclipsed the previous record for Sept. 2 by 11:55 a.m.

“The previous record for the month — 98 degrees — had been set Sunday.

“Until this brutally hot Labor Day weekend, the previous record for the month of September had been the 97-degree heat recorded in 1995. The average high for Sept. 2 is about 84 degrees.” 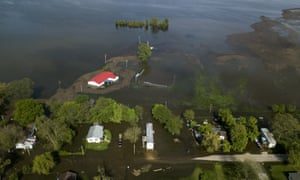 “The havoc on communities bordering the Great Lakes is a result of their water level steadily rising over the last five years and spiking to record levels this spring and summer.

“In 2019, the lakes’ depths ranged from 14in to nearly 3ft above long-term averages, according to data from the US Army Corps of Engineers.”

“As Hurricane Dorian makes its slow crawl toward the Eastern United States, the National Hurricane Center is keeping tabs on four other tropical disturbances across the North Atlantic, Caribbean Sea and the Gulf of Mexico.”

“Dorian has the strongest landfall wind speed of any Atlantic hurricane on record and crashed across the island of Grand Bahama, east of Florida, more than 24 hours ago before settling over the island.

“As of the early hours of Tuesday morning, it had not moved for more than 12 hours, meaning for that entire time the same communities had been lashed relentlessly…”

“Recent research shows that more North Atlantic hurricanes have been stalling as Dorian did, leading to more extreme rainfall. Their average forward speed has also decreased by 17 percent—from 11.5 mph, to 9.6 mph—from 1944 to 2017, according to a study published in June by federal scientists at NASA and NOAA.” 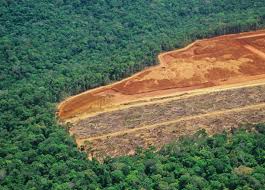 “Professor Thompson said although people thought of climate change as happening because of greenhouse gas emissions, changes in land cover, such as forest loss, also had dramatic effects.” 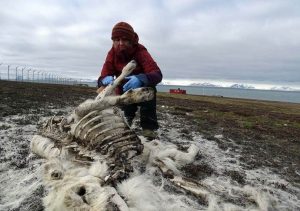 “In Finnmark, on the northernmost tip of Norway, the changing climate is a challenge both for reindeer and for the indigenous Sami people who herd them.

“Usually reindeer forage for food through the snow.

“But in warmer winters the top layer sometimes melts briefly before freezing again as an impenetrable blanket of ice, starving the animals.” 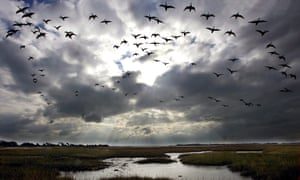 “A team of scientists from the University of St Andrews, in collaboration with colleagues from the UK, Norway and Denmark, have been analysing the flight patterns of barnacle geese over the past half century.” 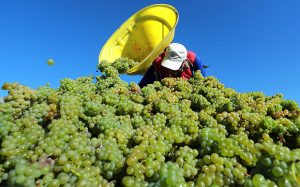 “In 1540, the French wine-making region of Burgundy experienced a summer so hot and dry that the grapes withered on the vine. The resulting pour, according to contemporary reports, “yielded a sweet sherry-like wine which made people rapidly drunk.”

“…More than 400 years on, global heating has made such hot, dry summers virtually commonplace in Burgundy.” 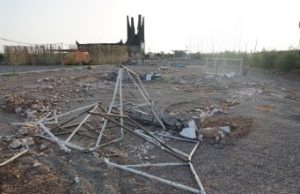 “[Morocco] One video shows the overflowing river, carrying dirt and rocks and destroying a bridge in the middle of Imlil. The cascade then damages cars parked on the side of the streets and building facades. People can be seen running for their lives away from the fast-moving flood water.

“The floods come just a couple of days after the Tizert village incident, where seven people lost their lives to unexpected torrents.” 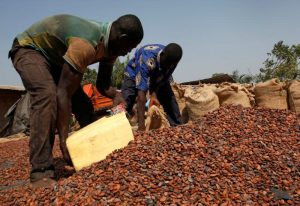 “But a lack of sunshine and rainfall up to four times higher than average could cause high moisture content in the first beans, increasing the risk of mould.” 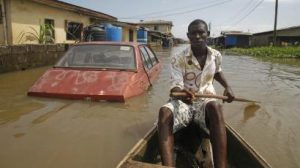 “In spite of the warnings issued by the Nigeria Hydrological Services Agency to state governments that this year’s rains would wreak havoc, most of the affected states have refused to act. Consequently, residents of these states are now bearing the brunt of downpour.

“For instance, some residents of Oyo, Ekiti, Adamawa, Gombe, Bayelsa and Osun states are now counting their losses after rains pounded their communities.” 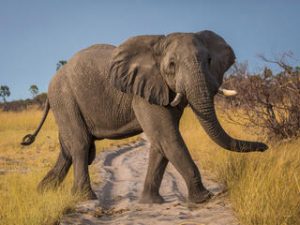 “When wildfires ravaged through the national park for the past week, dozens of wild animals fled to the residential area in search of food at the villager’s plantation.” 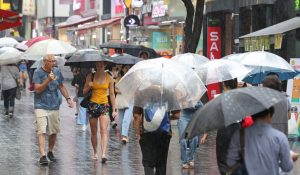 “Typhoon Lingling is feared to inflict damage on South Korea as it continues to gain strength while moving north toward the country, the weather agency said Tuesday.

“”The tropical storm, which took shape in the Western Pacific on Monday, is currently tracking north-northwest on seas 650 kilometers south-southwest of Taipei, Taiwan, at a speed of 9 kilometers per hour as of 9 a.m. Tuesday,” the Korea Meteorological Administration (KMA) said.” 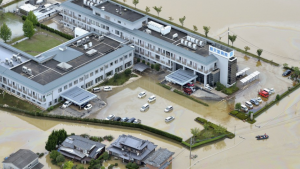 “The woman in her 50s had been listed as missing since Wednesday morning, when the heavy rain fell in the area, according to police.”

“A team of researchers from Stanford University and Cambridge University was able to digitize the radar data taken during flight surveys recorded between 1971 and 1979. Not only does the film provide a further look back into the history of Antarctica’s ice shelf, but the researchers found that the Thwaites Glacier ice shelf is thawing faster than previously realized…”