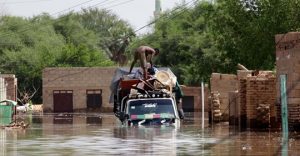 “At least 62 people have died in Sudan as flash flooding across the country causes devastation to people’s homes and livelihoods in the northeast African country.

“The destruction, caused by a barrage of torrential rain that began in July, has affected people across 15 of the country’s states…

“Flooding is believed to have damaged at least 37,000 homes across the country, according to UN estimates, causing at least two thirds of them to completely collapse.” 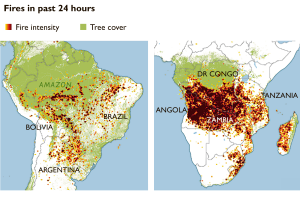 “As the world focuses on the blazing Amazon rainforest, huge fires engulfing large parts of central and southern Africa have gone largely unnoticed.

“Satellite data shows that Brazil is suffering only one 13th of the world’s fires: an arc of land stretching across Angola, the Democratic Republic of Congo, Tanzania, Zambia, Zimbabwe and across the water to Madagascar is ablaze.” 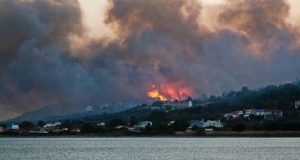 “Hundreds of people have been evacuated from hotels and beaches in Greece as firefighters tackle dozens of wildfires across the country.

“About 700 firefighters were deployed over the weekend as the fires spread, fanned by strong winds and hot, dry conditions, officials said.” 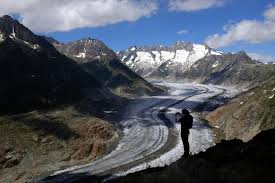 “The Alpine glaciers are disappearing due to global warming.

“If they all go, the look of the Alps will change for good.

“Researchers are trying a range of technological solutions to stop the ice melting.” 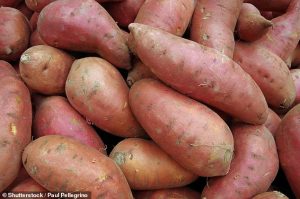 “A shortage of sweet potatoes has hit the UK, leaving many supermarkets out of stock.

“In London and the South East levels are just one 20th of normal after severe weather in the US. Supermarkets say the shortage is worse than feared…” 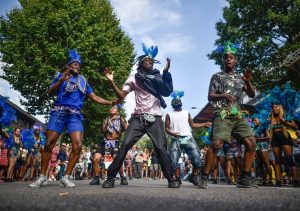 “The August bank holiday record for highest temperature in the UK has been broken. 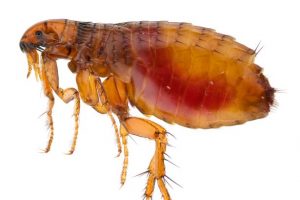 “Record heat and wet weather [in the UK] have created the “perfect” environment for fleas to thrive, leading to huge jump in complaints.

“Calls about the unwanted visitors to the pest controllers shot up a staggering 415 per cent in July compared to the previous month and with the same period last year.”

“Tropical Storm Dorian is expected to strengthen into a hurricane and bring wind, rain and storm surges to the Lesser Antilles and Puerto Rico over the coming week.” 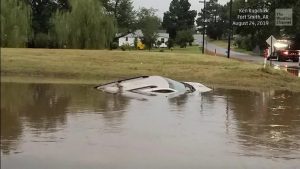 “Torrential rain triggered flash flooding in Fort Smith, Arkansas, early Saturday, killing one motorist, closing roads and forcing residents from their homes… Some Wunderground personal weather stations measured 5 to 8 inches of rain in parts of the Fort Smith metro area Saturday morning. This latest fatality was the 79th flood death in the U.S. so far in 2019…” 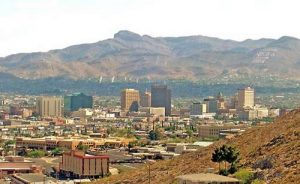 “Nearing the fall months has not allowed El Paso to escape desert summer heat, with temperatures reaching as high as 103 degrees Sunday…

““It’s definitely unbearable at this point, and we’ve been in triple digits a lot longer than I thought we would,” Erika Miranda said.” 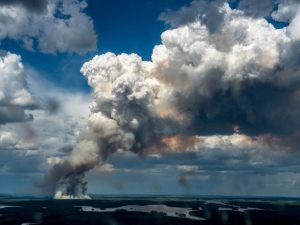 “The record-breaking heat of the last few months, the historic drought, and some unlucky lightning strikes have sparked fires that have already burned almost 3 million acres this summer in Alaska.

“More than 800 firefighters, some of whom flew up from the Pacific Northwest, are currently battling the flames in the south-central part of the state.” 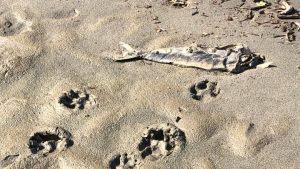 “Peter Westley, an assistant professor of fisheries at the University of Alaska Fairbanks, said migrating fish face different challenges than local fish, and species have different levels of heat tolerance. He also said people shouldn’t be surprised if it happens again…” 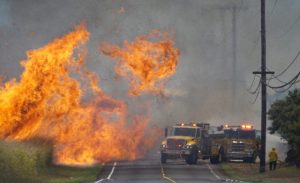 ““Here in Hawaii, we always talk about sea level rise and that’s been the main focus. You can see it and put metrics on it and it grabs attention,” said Stanbro, who leads Honolulu’s Office of Climate Change, Sustainability and Resiliency.

““But the hurricane stuff, the heat stuff and the fire stuff is what I think will really impact Hawaii before sea level rise gets a chance.”” 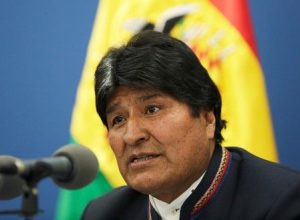 “Bolivian President Evo Morales has done an about-face declaring himself now open to international aid to fight the blazes that have engulfed rural villages in the border areas of Bolivia and Brazil and doubled in size since Thursday.

“Morales is also suspending his campaign for re-election for at least a week, just two months from election day, to focus on the fires.” 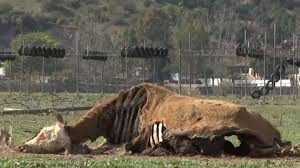 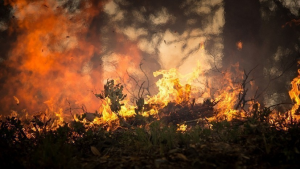 “Wildfires engulfed more than 400,000 hectares in Siberia overnight on August 25-26, according to combined statements by the Russian Aerial Forest Protection Service and Environmental Ministry say and quoted by TASS… A record 5.5 million hectares was ablaze in Russia in mid-August, mostly in Siberia…” 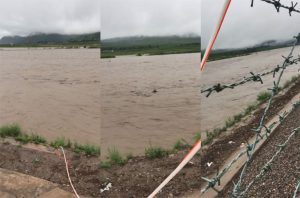 From historic drought to inundation: “The Tumen River has flooded due to intense rains in the Rajin-Sonbong area in north-eastern North Hamgyong Province, submerging houses in the area, according to local sources.

“Around 500 houses in the area near Wonjong Village have been submerged and there are also reports of fatalities, although the exact number has not been ascertained.” 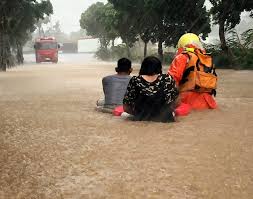 “The worst-hit areas [of  Taiwan as storm Bailu passed over] were the mountains in the southeast, in the counties of Taitung and Hualien.

“The heaviest reported rainfall was 757 millimetres [around 30 inches] in the mountain Township of Shingen, Taitung County.

“The water level was chest high [in Penang in 2017] and furniture in many homes was wrecked, while large trees were uprooted by strong winds and torrential rain. A week of flash floods in November 2017 saw thousands of people displaced in Penang.” 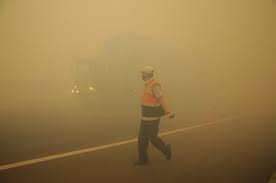 “The peak of this year’s dry season has not only seen fires across thousands of hectares of South Sumatra, one of the worst-affected provinces, but has also left people scrambling for water.

“Rivers and wells have become so depleted that people have been forced to buy water for their daily needs like drinking and cooking.” 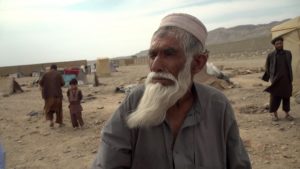 “Afghans not only are facing challenges in regard to their safety and security as the country’s presidential election nears, but they also are struggling more than ever to afford the basics such as food and shelter…

“Severe drought conditions over the past several years have set back agriculture in Afghanistan, affecting the country’s economy as well as residents’ food security.”