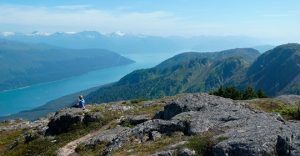 “The US state of Alaska has experienced continuous, above-average temperatures this summer that are having a dangerous effect on health and deadly consequences for wildlife.

“In western Alaska, there has been a large spate of washed-up dead seals, walruses and birds, caused by a combination of record warm ocean waters and a total lack of sea ice, according to Rick Thoman of the International Arctic Research Center. 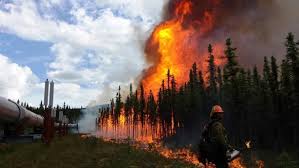 “On Thursday, Thoman said there have also been “dead, non-spawned salmon in some places in significant numbers”, coinciding with high river temperatures of 21 degrees Celsius or higher. The wildlife deaths lead to financial harships for many Alaskans, a state in which commercial fishing and hunting are a source of livelihood for many.

“In southeast Alaska, the normally lush forests are falling prey to spruce bark beetles and hemlock sawflies, which are taking advantage of a lack of rainfall and higher-than-average temperatures…” 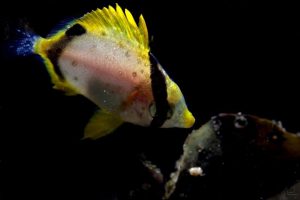 “Scuba diver Lloyd Bond thought the first time he saw a spotfin butterfly fish under a Nova Scotia wharf it would be a one-off.

“It’s like, oh wow, I saw a butterfly fish and a seahorse in the same year,” the Halifax resident said.

“”Then the following year I [saw] the same thing, and it was twice as many.”” 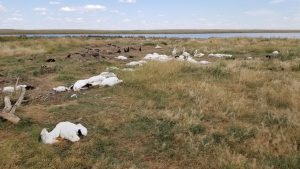 “Wildlife officials say a hail storm packing 70-mile-per-hour winds killed or maimed more than 11,000 pelicans, cormorants and other birds when it rolled over a central Montana lake and nesting area.

“Montana Fish, Wildlife and Parks officials said Friday that the storm with 2-inch hail stones killed about 20 to 30 percent of the waterfowl at Big Lake Wildlife Management.” 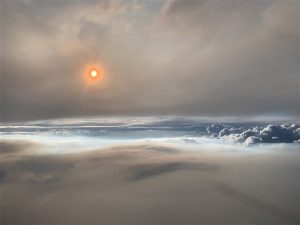 “Even scientists know less than what they’d like to about so-called pyrocumulonimbus (pyroCb) clouds, which form when wildfires and agricultural fires unleash enough heat and moisture into the atmosphere to produce storms.

“That changed on Aug. 8, when NASA’s airliner-turned-flying laboratory took to the skies over Washington state…” 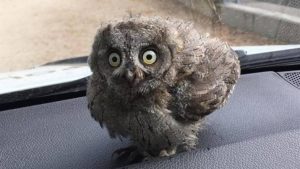 “The heat waves also affect the wildlife of our community [Madrid, Spain]… Many [creatures] are already suffering the consequences and that, during the heat wave, more than 4,000 swift chickens left their disoriented nests.

“Something similar has happened to kestrels , owls and storks that now recover in a center destined for it in Madrid.” 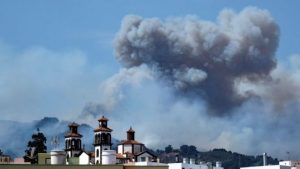 “Around 8,000 people have been evacuated from towns and villages in the north of the Canary Island of Gran Canaria, due to a forest fire that began on Saturday in a ravine in the municipality of Valleseco.

“A downpour that started in the early hours of Saturday in Bosso and Chanchaga Local Government Areas of Niger State [Nigeria] has claimed three lives leaving over 500 people displaced due to flooding.

“The flood destroyed several buildings including shops and farms after the downpour that started around 3am on Saturday while residents were still in bed.” 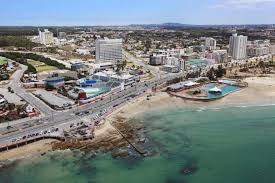 “Nelson Mandela Bay [South Africa] is heading for its driest August on record with only 2.2 mm of rain having being measured so far this month… its a worry as the traditional rainy season is nearly over.

“”We always rely on one big rain to get inflow into those dams and historically we find that it needs to be a good fall of 50 mm-plus.” 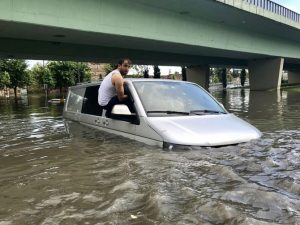 “Strong rains in Istanbul on Saturday flooded several neighborhoods, as well as the Grand Bazaar, while officials said one person was found dead in the city.

“Rain started early in the day in parts of Istanbul and picked up pace around noon.

“Footage from parts of the Grand Bazaar showed shopkeepers, ankle-deep in water, clearing the water out of their stores and the halls. It also showed water pouring out of a hole on the wall into the bazaar, as well as a manhole left open to drain the flood.” 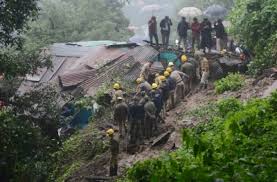 “The local Indian Meteorological Department (IMD) on Monday said that Himachal Pradesh recorded highest ever rainfall in last 24 hours by breaking the record of last 70 years.

“According to the IMD, rains across different places in the state will continue for the next 24 hours.” 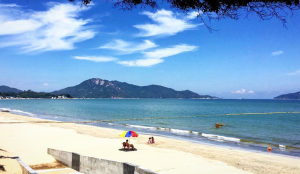 “Amid the media’s blanket coverage of the protests this summer, a story that came and went quickly was that of our exceptionally warm July, which registered 0.7 degrees above the long-term norm.

“It followed a very hot June, which was 1.1 degrees above the norm and which, in turn, completed the warmest temperatures on record for the first six months of a year in Hong Kong.” 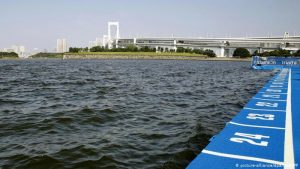 “The swimming section of a paratriathlon test event for Tokyo 2020 was cancelled Saturday due to high levels of bacteria in the water, the latest in a series of difficulties over water quality and temperature.

“Aucklanders sick of fighting with umbrellas are in for some bad news – more rain is forecast. The first six months of the year have been the driest on record, according to the National Institute of Water and Atmospheric Research. But August has bucked the trend…” 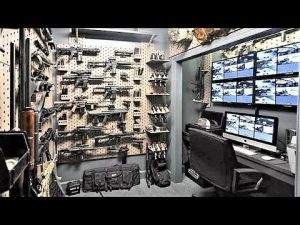 “In theory with oxygen, food and water there’s nothing stopping you from living for years underground – it just depends on how large your food supply is, not to mention dealing with the psychological effect of confinement and no sunlight.

“Yet as our volatile world spins into an increasingly uncertain future, more and more people are forking out for disaster-proof homes…”