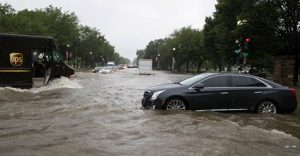 “The year-long period ending in June was the wettest 12-month span in U.S. records that go back to 1895. This breaks a remarkable record that was set just a month earlier. 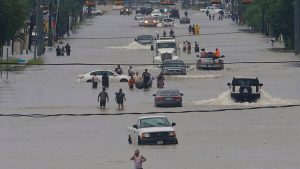 ““Our greatest concern is for torrential rain that would result in significant flooding…” Kottlowski said. “A second concern we have is for storm surge flooding.”

“AccuWeather sees the greatest threat for flooding rainfall to be in southern Louisiana, where an AccuWeather Local StormMax™ of 24 inches is expected.” 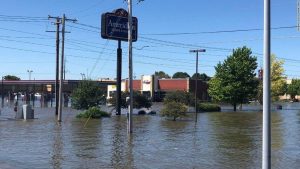 “At least 300 people have been evacuated in Kearney, Nebraska due to severe flooding, according to the city’s emergency management coordinator Darrin Lewis… Wood River is expected to crest at a historic 17.7 feet Wednesday morning, which could cause more flooding and require additional water rescues…

“The city, which has a population of more than 30,000, received close to 9 inches of rain Monday night.”

“145,321 acres: That’s the size of the largest wildfire burning this year, according to a map from Alaska Wildland Fire Information, the state’s interagency effort to track fires. All told, there are 782,681 acres on fire in the United States, and more than 550,000 of them are in Alaska.” 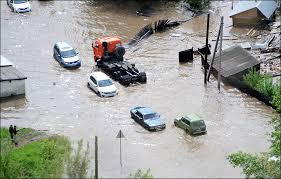 “”According to the data as of 17:00 Moscow time, nine persons are missing and 24 people died [in the floods],” the ministry’s regional branch told TASS… A total of 10,800 houses in 107 communities that are home to over 34,000 people, including more than 8,000 children, were flooded from late June when floods started in the Irkutsk Region in East Siberia.” 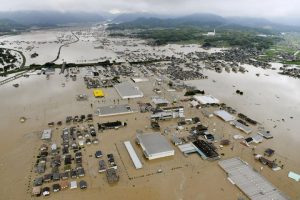 “Parts of Japan are bracing for more flooding after downpours triggered deadly mudslides and flooding last week. Kanoya recorded 472.5 mm (18.60 inches) in a single day and more than 600 mm (25 inches) over a three-day period during last week’s flooding event.

“A slow-moving storm system is set to unleash widespread heavy rainfall across southern and central Japan from Wednesday into Friday, renewing the risk for flooding and mudslides for millions of people.” 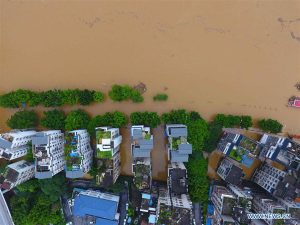 “Due to sustained torrential rain in recent days, the water level of Liujiang River hit a record high of 0.76 meters above its warning level on Wednesday.”

“As of 1 p.m. Tuesday, over a dozen places in the county had recorded precipitation of more than 300 mm [12 inches].” 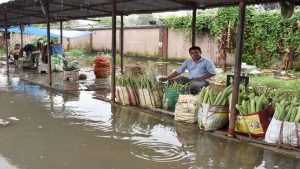 “According to officials several rivers are currently flowing above the danger level in the flood hit areas.” 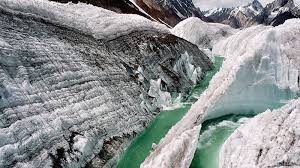 “With global warming, the Himalayas, along with several other glaciated regions across the planet, are expected to experience a drastic reduction in ice mass and rapidly retreat.

“A new study tracing Himalayan glacier melt from 1975 to 2016 found that the melt rate has actually doubled since the turn of the century, suggesting a heightened risk of flooding for vulnerable regions.” 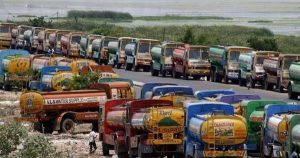 “Treating patients will “depend on God’s mercy” if water supplies in India’s fourth-largest metropolis aren’t replenished shortly, said Ravisankar, the chairman of Sudar hospitals, a chain of four clinics with 150 beds.

“Piped water at his hospitals has already dried up, and even the more expensive water trucks he now relies on may be unavailable soon in the state of Tamil Nadu.” 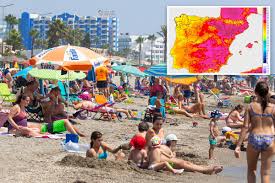 “Even the normally sensible and restrained meteorologists at Aemet [Spain] described the phenomenon as being similar to “opening the door of a hot oven”, as at around 17.00 temperatures suddenly rose by 13 degrees from 28C to an all-time record for the location of 41.6C.

“Locals describe the afternoon as horrific…” 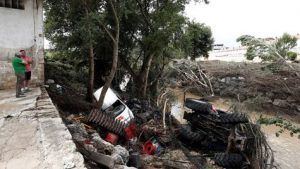 “Torrential rain and hail brought severe flooding to parts of northeastern Spain on Monday evening, killing at least one person. 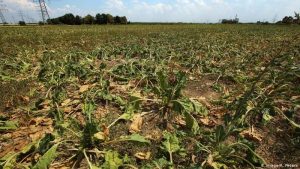 “Grain markets have been assessing the effects of scorching temperatures in western Europe, which included a record high of 45.9 degrees Celsius (114.6°F) in France.” 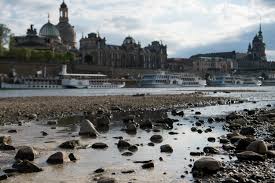 “Turn on the tap – and nothing comes out? Around Germany most people know this only from burst pipes or repair work. But in the second dry summer in a row – and following record-breaking temperatures in June – regions like Lusatia in the eastern German state Brandenburg face a problem: If it continues to rain so little, water supplies could become scarce.

“This is completely new for Germany…”