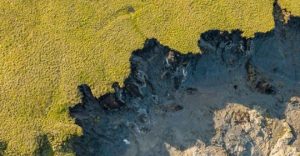 “”It was incredible, really incredible”, [Natali] recalls while speaking to me from The Woods Hole Research Center, Massachusetts, where she is an associate scientist. “I still get chills when I think about it… I just couldn’t believe the magnitude: collapsing cliffs the size of multi-storey buildings … and as you walk along you see what look like logs poking out the permafrost. But they aren’t logs, they are the bones of mammoths and other Pleistocene animals.”

“What Natali describes is the visible, dramatic effects of a rapidly warming Arctic. The permafrost – up until now, permanently frozen land and soil – is thawing out, and revealing its hidden secrets. Alongside Pleistocene fossils are massive carbon and methane emissions, toxic mercury, and ancient diseases.” 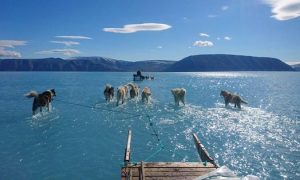 “While in Greenland this Thursday (June 13) Steffen Olsen, a climate researcher, took a photo which appeared to show his sled dogs miraculously splashing across the surface of a huge lake.

“In fact Steffen was on a half-melted ice sheet which was so badly thawed that a lake had appeared on its surface, the water was just shallow enough his dogs could run across the ice creating the illusion they were channelling the powers of Christ.” 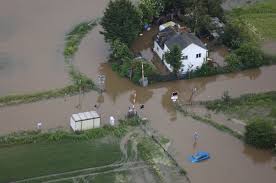 “High-volume pumps are being used to reduce flood waters in a Lincolnshire town [UK] where nearly 600 homes have been evacuated.

“Police have advised residents in around 590 properties in Wainfleet and neighbouring areas to evacuate amid concerns about flood defences along the river Steeping. Parts of the market town near Skegness flooded on Wednesday after more than two months’ worth of rain fell in two days.” 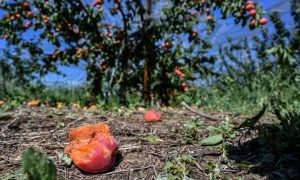 “France will declare a state of natural disaster after rain and hail storms lashed a swathe of the south-east on Saturday, devastating crops. The flash storms, which brought hailstones as big as pingpong balls to some areas, killed two people in France and Switzerland, and injured at least 10 others.

“The worst-hit area, the Auvergne-Rhône-Alps region, is at the heart of France’s food production and known as the “orchard of France”.” 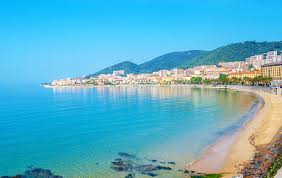 You may recall Corsica had snow in the middle of May: 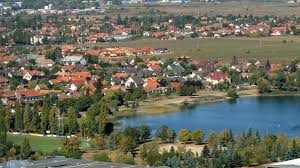 “The National Weather Service measured a temperature of 35.8 Celsius in Budakalász, north of Budapest, on Saturday, 0.8 C higher than the earlier record read at several localities in 1987.

“The heat record of Budapest was also broken with 34.7 Celsius measured in Újpest, a northern district, surpassing the previous record of 34.2 C read in 1986.” 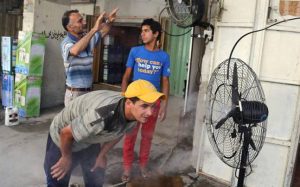 “…even by Iraq’s own standards, this June has been a sizzler – averaging a daily 48 deg C, compared to around 40 deg C in previous years.

“Across the country, Iraqis have sprung into usual routines to cope: wrapping outside door handles in tape to stop them getting too hot in the sun, keeping a change of clothes in the car, or stepping fully clothed into curbside showers to cool off.” 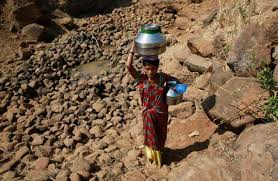 “In the northern states of Uttar Pradesh, Bihar and Rajasthan fighting has broken out over scarce water supplies, with police deployed to protect water trucks and wells.” 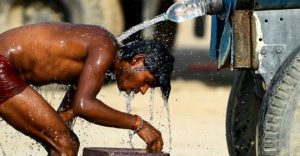 “Almost half of India – an area home to more than 500 million people – is facing drought-like conditions while a blistering heatwave has killed dozens of people in the impoverished eastern state of Bihar.

“As the country suffers its lowest rainfall ahead of a monsoon season in more than six decades, the western state of Maharashtra witnesses its worst drought in 47 years, forcing many to leave their lands and take shelter in relief camps, as they wait for monsoon rains.” 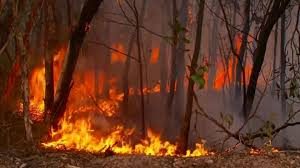 “Queensland’s emergency services are planning for more catastrophic weather events – including 30-day heatwaves and 43-degree peak temperatures – as the effects of climate change turn up the heat on regional parts of the state.

“The state government commissioned the Queensland State Heatwave Risk Assessment 2019 following the extended heatwave over much of the state in late 2018, which culminated in “catastrophic” fire conditions.” 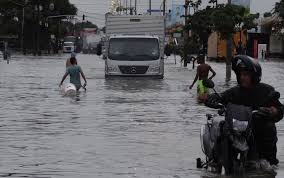 “At least seven people died and three others were missing after heavy rain pounded Recife, Brazil.”

“This afternoon an intense hail fell in several parts of the Guadalajara Metropolitan Area [Mexico, which left intense floods, tree falls and dozens of vehicles stranded on the roads.” 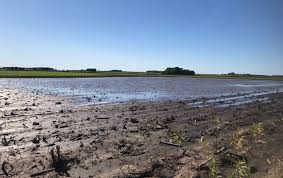 “The Happy Spot was a little depressed. Dozens of corn farmers and those who sell them seed, chemicals and equipment gathered on Thursday at the restaurant in Deer Grove, Illinois, after heavy rains caused unprecedented delays in planting this year and contributed to record floods across the central United States.

“Forecasts for even more rain sent U.S. corn futures to a five-year high on Friday, though fewer farmers will benefit from soaring prices because of the planting disruptions.” 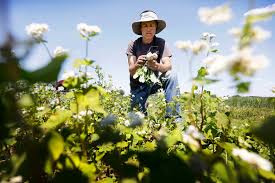 “Like farmers throughout the Midwest, this spring’s torrential rains turned Andrew Dunham’s land into sticky muck that set him back nearly a month in planting his crops.

“Unlike other farmers, though, Dunham won’t get a piece of a $16 billion aid package to offset his losses and he can’t fall back on federally subsidized crop insurance because he grows herbs, flowers and dozens of vegetable varieties, but not the region’s dominant crops of corn and soybeans.” 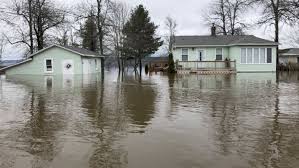 “People in the province [of New Brunswick, Canada] are talking about climate change in a way they never would have a few years ago.

“For the second straight year, hundreds of homes were evacuated and long stretches of the Trans-Canada Highway were underwater. Even officials who manage flood response seemed surprised at the level of destruction this spring.” 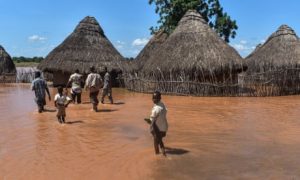 “Global heating could bring many more bouts of severe drought as well as increased flooding to Africa than previously forecast, scientists have warned.

“New research says the continent will experience many extreme outbreaks of intense rainfall over the next 80 years. These could trigger devastating floods, storms and disruption of farming. In addition, these events are likely to be interspersed with more crippling droughts during the growing season…”

“Drought-hit Namibia has authorised the sale of at least 1,000 wild animals – including elephants and giraffes – to limit loss of life and generate US$1.1 million for conservation, the authorities confirmed Saturday…

“The authorities declared a national disaster last month, and the meteorological services in the southern African nation estimate that some parts of the country faced the deadliest drought in as many as 90 years.” 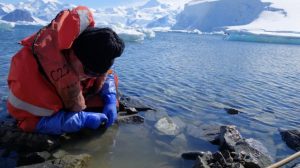 “Dr. John Spicer of the University of Plymouth and Dr. Simon Morley of the British Antarctic Survey teamed up to see what kind of effect the warming oceans and their lower oxygen levels had on Antarctic species…

““Unless they adapt, many larger marine invertebrates will either shrink in size of face extinction, which would have a profoundly negative impact on the ecosystems of which they are a part. This is obviously a major cause for concern,” Spicer said.”