“Global trade is on course for its worst year since the financial crisis, with only 0.3% growth anticipated in 2019, according to Dutch bank ING.

“The downturn in world trade growth at the end of 2018, in which trade levels dropped more than 3%, has been exacerbated by damage from the ongoing trade war between the U.S. and China, according to an analyst note from the Dutch bank.”

“We have now had what is beginning to look like a remarkably long period without [a global recession]. But a recession now would be politically devastating [for the Conservative party].” 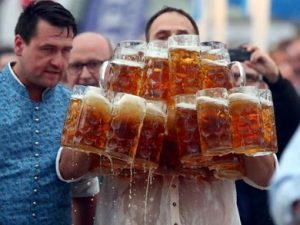 “Both German industrial output and exports fell more than expected in April, data showed on Friday… Industrial output declined by 1.9% on the month, data from the Statistics Office showed…

“Economists had forecast a 0.4% fall. Separate data showed exports dropping by 3.7 percent in April, also the biggest drop since August 2015.”

“Futures markets in the eurozone are flashing the most serious deflation warning since the creation of the single currency, dismissing stimulus measures and dovish rhetoric from the European Central Bank as thin gruel in the face of mounting recession risks.

“A closely watched gauge of inflation expectations – 5-year/5-year forward swap contracts – crashed to a record low of 1.23pc on Thursday despite pledges from the ECB that it would hold interest rates at deeply negative levels far into 2020…” 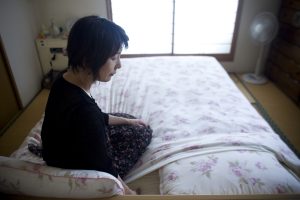 “The world’s third-biggest economy has been running budget deficits for two decades and selling a chunk of the resulting debt indirectly to its own central bank with interest rates at around zero. The lines that usually divide fiscal and monetary policy have blurred — and MMT optimists say that’s fine.

“But Japan’s rulers have been looking to trim their budget deficit for several years as they seek to address the world’s biggest government debt load, now more than twice the size of the economy.”

“China has “tremendous” room to adjust monetary policy if the trade war with the U.S. deepens, People’s Bank of China Governor Yi Gang said. “We have plenty of room in interest rates, we have plenty of room in required reserve ratio rate, and also for the fiscal, monetary policy toolkit, I think the room for adjustment is tremendous,” said Yi in an exclusive interview in Beijing.” 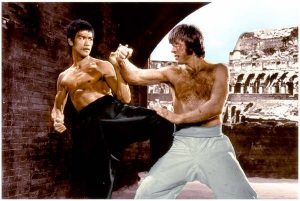 “…just 34 years before D-Day, Britain and Germany were such close trading partners that war between the two was almost unthinkable. World War I happened shortly thereafter, and out of the ashes of that nightmare grew the Nazis and World War II.

“Today the relevant players are the U.S. and China, seen as so close economically they could never go to actual war. But the current trade conflict could be the start of a long process driving the two countries into separate economic spheres… making armed conflict likelier.”

“Little did anyone know a year back that it would get this bad with missed debt deadlines in India’s credit markets.

“But twelve months after infrastructure financier IL&FS Group defaulted for the first time in June last year, investor confidence has again been shaken this week by signs that the crisis is spreading among shadow banks.

“Stock investors to policy makers are taking notice, given the importance of the non-bank financing companies to the nation’s economy.”

“The [Australian] construction sector’s downturn accelerated last month, with a leading industry survey pointing to the sharpest decline in activity in six years. Construction activity has been contracting for nine consecutive months.

“50,000 jobs were lost last year and another 9,000 in the first three months of 2019. Falling forward orders across most sectors, but particularly residential building, points to ongoing weakness.”

““Weak survey data suggests that the odds that the economy may experience another technical recession in 2019 are high,” the group said in a macro-analysis released on Thursday.” 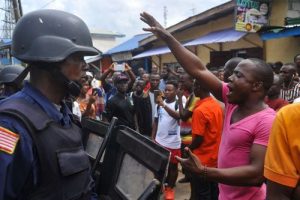 “Opposition supporters plan to take to the streets Friday for the first time since the former AC Milan soccer star won elections 18 months ago.”

“A second downgrade by Moody’s, which rates the bonds one notch above junk, could result in as much as $16 billion of forced selling by investors whose mandates stipulate they must hold bonds of investment-grade quality.”

“AAR Senior Vice President of Policy and Economics John Gray attributed the [US rail] traffic decline to several factors, including flooding in the Midwest that has hindered railroads’ operations and that of their customers for months. “More important is heightened economic uncertainty that’s being made worse by increased trade-related tensions; higher tariffs leading to reductions or disruptions of international trade, and lower industrial output,” said Gray in a press release. “In addition, some rail markets are undergoing rapid change.””

“”Fundamentals are slowing,” Miskin said, adding that even if the United States can come to an agreement with China, Mexico and others on trade, that might not be enough to avoid the inevitable. We’re still late in the cycle,” he said. “Add tariffs and the slowdown accelerates. Take tariffs away and it’s just more gradual.””

“The reason why the slowdown should be a concern for investors is because of the manufacturing sector’s outsized role in the broader U.S. economy.

“In the fourth quarter, manufacturers contributed some $2.38 trillion to the U.S. economy, accounting for nearly 12 percent of gross domestic product (GDP). The sector also has a huge multiplier effect. For every $1 that’s spent in manufacturing, another $1.82 is created, according to the National Association of Manufacturers (NAM).”