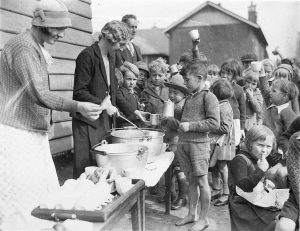 “Central banks are resuming their first-responder role as the world economy runs into trouble even if they lack the firepower they once had at their disposal.

“With Australia cutting interest rates on Tuesday for the first time in three years and India likely to follow on Thursday, monetary policy makers are again seeking to shore up weak growth and inflation.”

“The treasurer, Josh Frydenberg, has held out accelerated infrastructure spending as a possible salve for the Australian economy after growth slowed to 1.8% in the last year, the slowest since 2009…

“The Australian Bureau of Statistics figures, released on Wednesday, also show that GDP per person fell for the third consecutive quarter, by 0.03%, extending the “per-capita recession” declared after last quarter.” 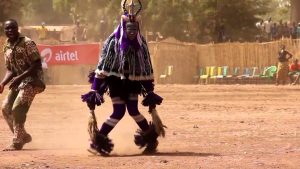 “The first quarter GDP figures for 2019 represent the largest quarterly drop that has occurred in 10 years [South Africa].

“The economy declined by 3.2 per cent in the first quarter which is attributed to the declines in manufacturing and mining.” 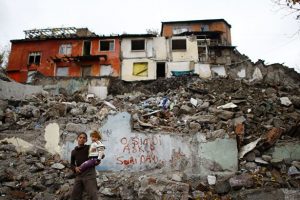 “Turkey’s economy will dip back into recession from positive quarter-on-quarter growth in the first three months of 2019, Fitch Solutions said. 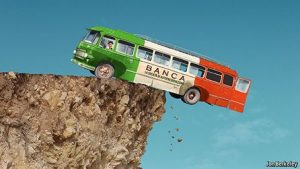 “Italy’s current political instability comes after months of rising tensions between the governing partners which formed a coalition government in May 2018 after an inconclusive election. Both Salvini and Luigi Di Maio, the head of the M5S, chose Conte as prime minister to lead Italy’s 66th government since World War II…

“JP Morgan’s house view is that it is likely that the government will fall by the end of July.” 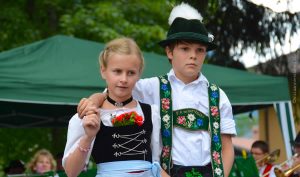 “The German Bundesbank has warned that it could face heavy losses if a major country leaves the euro and defaults on debts to the European Central Bank system, but warned that any attempt to prepare for such a crisis could backfire by triggering a speculative attack.

“The analysis is highly sensitive coming just days after the insurgent Lega-Five Star government in Italy passed a decree in the Italian parliament authorizing the creation of a parallel payments system known as ‘minibots’, a scheme decried by critics as a threat to the integrity of the euro and potentially a ‘lira-in-waiting’.”

“…the yield curve’s alarm bells may be global markets’ awkward attempt to put a price on the rapid loss of an intangible but deeply valuable asset: global trust in the United States as a trading partner and more generally as a leader in the pursuit of democracy and human rights ….

“…[ironically it is] a sign that frightened investors don’t see any other safe investment alternatives to Treasury bonds yet.”

“Defying increasing criticism from within his own party, U.S. President Donald Trump said on Tuesday he would likely go ahead with new tariffs on imports from Mexico to pressure it to clamp down on rising numbers of migrants entering the United States…

“Trump told a news conference in London he expected to impose 5% tariffs on Mexican imports from Monday.” 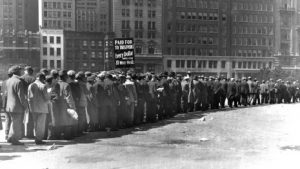 “…when the Senate finally passed a tariff bill in March 1930, the thinking was not that different from what we see today. They thought they could preserve and even extend the good times.

“But conditions worsened quickly, and by 1931, unemployed men were standing in soup lines.” 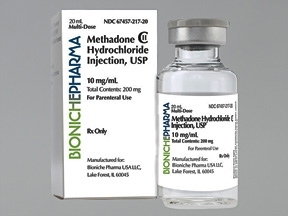 “”We are closely monitoring the implications of these developments for the U.S. economic outlook and, as always, we will act as appropriate to sustain the expansion,” Powell said.” 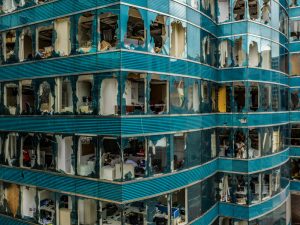 “The escalation of the US-China trade war could derail the recent upbeat outlook on Hong Kong real estate, with Credit Suisse predicting that all segments of the property market will see a decline in prices this year.

“China has issued a travel warning for the US, saying Chinese visitors have been interrogated, interviewed and subjected to other forms of what it called harassment by US law enforcement agencies. The warning comes amid an increasingly bitter trade dispute between Beijing and Washington and tougher immigration enforcement by the Trump administration.” 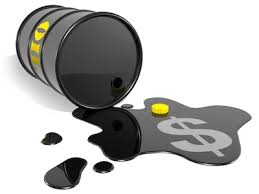 “Energy markets are being battered across the board as negative data fuels concerns that consumption of oil, natural gas and coal will be hit hard by a global economic slowdown.

“Oil, the world’s most used fuel, has seen prices fall by 20% from their 2019 peak in late April, with Brent crude oil futures threatening to fall below $60 per barrel for the first time since January.” 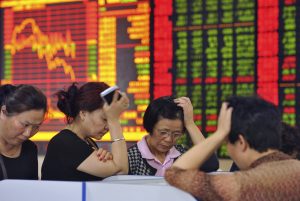 “The World Bank has forecast the weakest growth for global trade since the 2009 financial crisis, joining a host of leading organisations in condemning the economic fallout from the US-China trade war.

“The Washington-based lender has issued a grim warning about the health of the world economy, downgrading its predictions for the global expansion amid threats from the US-China conflict, high government debt and sharp slowdowns in major economies.”