Climate 20th May 2019 Wildfires Out of Control in Alberta 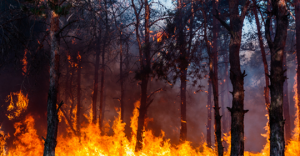 “The wildfire danger for the entire Slave Lake Forest Area is extreme due to extremely dry and windy conditions. These weather conditions can cause fires to burn intensely and spread quickly, and are expected to increase the spread of wildfires through Monday.

“Most of northern Alberta is under a fire ban, fire permits are currently suspended in the impacted areas, and an off-highway vehicle restriction is also in effect…

“A 25,300 hectare wildfire that is burning approximately 25 kilometres southwest of High Level is the biggest of four wildfires that are burning in the area. High Level has only received 4 per cent of the average precipitation that is expected in April and May and has experienced the same dry pattern that has impacted much of western Canada this spring.”

“The mayor of Muskoka [Ontario, Canada] says the full impact of the flood isn’t known yet while a number of seasonal residents have forgone the long weekend trip north this year due to flood damage.” 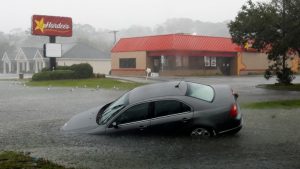 “For decades now, climate experts have warned that climate warming would cause an acceleration to the Earth’s water cycle. Is there evidence that this is happening?

“Yes, there is quite a bit actually… extreme rainfall events have increased in intensity over the past 50 to 60 years, and climate model projections expect that trend to increase. Another connection to changing climate is Arctic Amplification.” 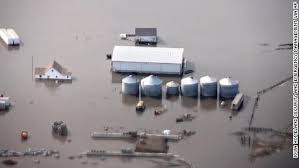 “Numerous rounds of showers and thunderstorms will travel along this narrow channel/boundary resulting in unneeded precipitation across the major crop production centers.

“The epicenter looks to be centered over the western corn/soybean belts.

“This will continue to create disruptions and planting delays for farmers across these regions. Additionally, shippers will continue to face challenges with logistics due to river system closures from high waters along the Mississippi and Illinois Rivers.” 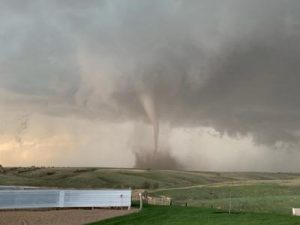 “Severe storms have been hammering the central United States as moisture from the Gulf of Mexico, a strong contrast of air masses and instability from upper level impulses keep thunderstorms forming throughout the weekend.

“Over 45 tornadoes have been reported in the states of Texas, Oklahoma, Kansas and Nebraska since Friday.” 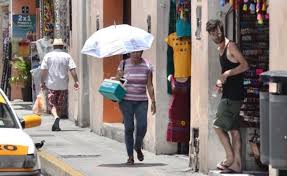 “A high-pressure system is generating temperatures that exceed 41 degrees in the shade in much of the state of Yucatan.

“In Puerto Progreso, in the north, as well as in Chocholá, Oxkutzcab and Ticul in the southern part, temperatures reached 41.2 degrees, the highest recorded was in the municipality of Peto.” 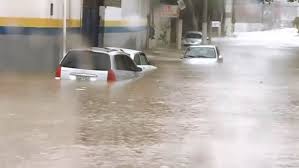 “Parts of south-eastern Brazil have been drenched with torrential rain, causing flash flooding.

“More than 240 millimetres [9.5 inches] fell on Friday and Saturday, totalling a month’s worth of rain in just 24 hours. 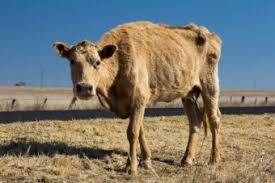 “For the first time in recorded history, none of Australia’s southern capital cities have reached 100 millimeters [3.9 inches] of rainfall.

“Unseasonably warm weather has also hit Melbourne the the city being bathed in pre-winter warmth with a run of eight days above 20C.” 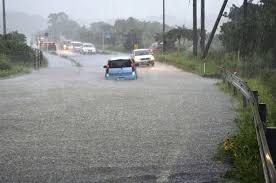 “Heavy rain continued to lash Kyushu on Monday after stranding more than 300 people on a mountain on Yakushima island over the weekend.

“The Meteorological Agency warned torrential rain may cause landslides and floods, and issued a caution on the threat of tornadoes and lightning strikes across Japan through Tuesday.

“Rainfall in Miyazaki Prefecture from Friday to Monday morning exceeded 400 millimeters [15.7 inches], with the city of Nichinan logging 81.5 mm per hour by 5 a.m. — a record for May.” 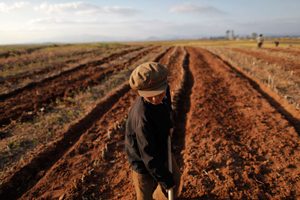 “North Korea’s state media said last week that the country was suffering its worst drought in more than a century amid reported food shortages.” 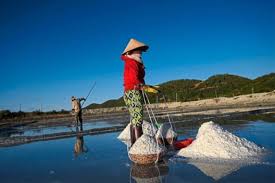 “…unpredictable demand is not all Vietnam’s salt farmers are up against…. farmers are also contending with climate change.

“Shifting weather patterns have upended work in an industry that depends on sunny, dry days for maximum production.

“”If the weather is good, we can work for six months. If it rains, we all go hungry,” said Nguyen Quang Anh, who has laboured in the fields for two decades.” 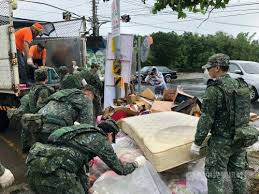 “[Taiwan’s] Ministry of National Defense said Monday it has put nearly 40,000 soldiers on standby in the event of disasters…

“…caused by a weather front that was bringing torrential rain to most of the country. 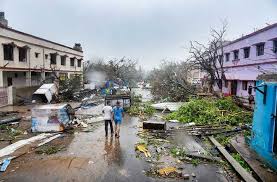 “Two weeks after the cyclone struck Odisha state on India’s east coast, travelling at 200 km (124 miles) an hour and forcing the evacuation of more than one million people, Hussein is struggling to pick up the pieces and rebuild his home.

“As well as having no electricity, not enough clean drinking water and no tree cover, thousands like Hussein are now exposed to heatwave conditions with temperatures of 40 degrees Celsius.” 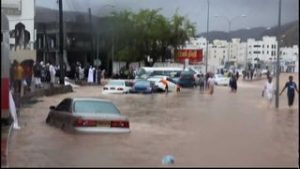 “In Oman, images out of Muscat’s international airport showed very strong downpours on Sunday evening. Visibility was reduced to several hundred metres and flights were delayed while the storms moved through.

“A bit further south in Oman, the town of Sur has picked up 66mm of rain in the last 48 hours. This is well above average for the month of May when the town would normally only see about 1.7mm.” 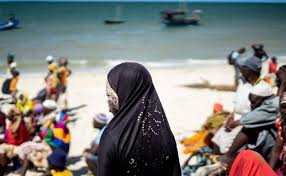 “In an ordinary year, the villagers would be observing the Muslim holy month of Ramadan, fasting from sunrise to sunset and praying, but this year, life seems extraordinarily difficult.

“Many are trying to rebuild their lives nearly a month since Cyclone Kenneth ripped through the northern coast, where the majority of Mozambique’s Muslims live.

“The country’s central region was still reeling from Cyclone Idai that made landfall over two days in mid-March causing devastation across three Southern African countries, killing over 1,000 people.” 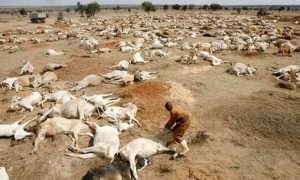 “Half of Zimbabwe’s national herd is at risk of being wiped out by drought if no mitigatory measures are put in place to avert the situation, farmers and livestock experts have warned.

“The national herd is estimated to be 5,2 million, but the future of the livestock industry is very bleak owing to diseases, critical shortages of stockfeed and dipping chemicals as well as the devastating effects of the El Nino-induced droughts.” 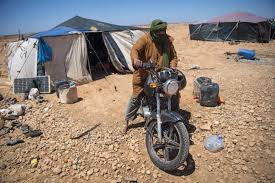 “Drought has turned parts of these plateaus arid [Morocco], and when water becomes scarce, tensions rise.

“Several clashes have been reported by local media in recent months, as the herders seek pasture.

“The battle is also playing out on social networks. 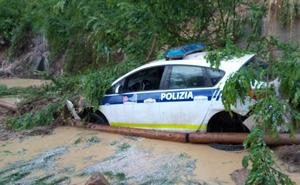 “The situation in Errenteria and nearby towns [Basque country] worsened at dawn as a result of an intense storm that fell after 7.00 hours.

“For about half an hour, the heavens unloaded so dramatically that the drains could not cope.

“The central streets of the town were covered with a sheet of water that in some points reached a height of about thirty centimeters.”

“Britain is set for its hottest summer ever as forecasters predict three months sun. The sizzling temperatures are expected to start mid-June with highs of 30C, making way for even hotter temperatures like we saw last year.” 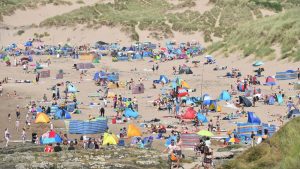 “Scientists have warned that Britain’s average temperature could rise by 3-4C by 2100 and even more after that, bringing increasingly hot and dry summers that will kill many native trees.

“This means that species such as oak and beech will be replaced by imported trees such as Chinese mahogany, Vietnamese golden cypress, Montpellier maple and even eucalyptus.

“All are being tested by the Forestry Commission, one of the country’s biggest landowners.” 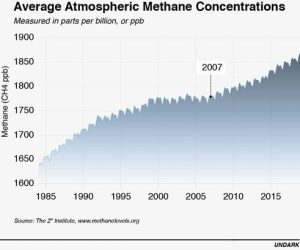 “The air in the flasks shows that the concentration of methane in the atmosphere had been steadily rising since 1983, before leveling off around 2000…

““And then, boom, look at how it changes here,” Dlugokencky says, pointing at a graph on his computer screen.

““This is really an abrupt change in the global methane budget, starting around 2007.””