“It finally came back into expansion in March, but last month we saw another slowdown and now the manufacturing activity is near contraction again in China. Manufacturing has also been in contraction in Italy since October last year while in February, Germany and France joined in what seems to be a dip contraction.

“Yesterday we saw Canadian manufacturing fall into contraction as well, while the US ISM manufacturing declined considerably. Today, the Eurozone manufacturing reports are scheduled to be released and they are expected to remain deep in contraction…”

“Eurozone manufacturing activity continued to contract in April, even if at a slower pace than in the previous month, according to a closely watched survey of industry executives.”

“The European Central Bank’s policy arsenal has not been depleted and fiscal policy could help stimulate investment, the ECB’s incoming executive Board member Philip Lane has said.

“Investors fear the ECB’s window to potentially raise interest rates has closed, meaning it has little in its toolkit to face the next recession.”

“The US manufacturing sector grew at its weakest level in two and a half years in April, the Institute for Supply Management said…”

“Growth in the first quarter was pumped up by a large gain in business inventories, which have been ballooning since last summer. This means that businesses are producing more than they are selling, and that’s not sustainable.

“Businesses soon will have no choice but to cut back on their output, and because GDP measures the value of all of the goods and services we produce, growth will slow… The trade deficit also narrowed unusually sharply as imports plunged.” 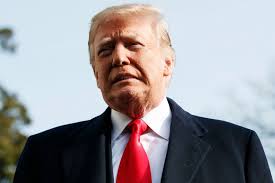 “The U.S. government will have to stop borrowing money between July and December if Washington doesn’t agree to raise a legal restriction on public debt, the Treasury Department said on Wednesday.

“Hitting that so-called “debt ceiling” could trigger a U.S. default on its debt and an immediate recession, a risk that has become a regular facet of U.S. politics over the last decade.” 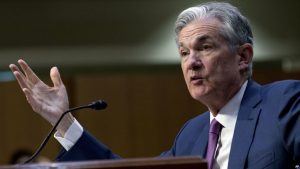 “Ultra-loose monetary policies keep the cost of credit exceptionally low for an extended period of time. The Federal Reserve’s active manipulation fosters a wealth effect, but it also fosters an asset bubble.

“When the balloon inevitably pops, corporations batten down their hatches, unemployment surges, and consumers rein in their consumption. The severity of a “wealth effect reversal” will trigger the next recession.”

“The challenges both face may be remnants of a push for rapid growth a few years back, when these smaller lenders temporarily loosened credit standards to compete against big banks for loan volume, S&P Global Ratings said in a report Monday. Competition intensified from 2014 to mid-2016 as several subprime auto asset-backed security issuers offset lower profit margins with higher loan volume.” 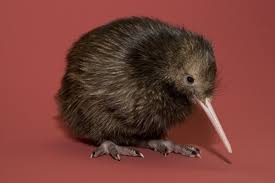 “Factory activity recovered last month in parts of Asia but still appeared to be on shaky ground as global demand remained subdued and China’s stimulus measures were yet to show their full pulling power.

“That left the outlook for the region’s central banks skewed towards easing, with Malaysia and New Zealand prime suspects for potential rate cuts, and Australia — whose monetary policy setters also meet next week — facing growing calls to ease.”

“This is the worst annual earnings season ever for China’s corporate sector, with a record 452 out of 3,602 public companies incurring annual losses, as the effects of the year-long US-China trade war seep into corporate earnings.

“By the end of April, the number of loss-making companies had doubled from 2017, while the proportion of such companies also hit an all-time high of 12.5 per cent…”

“Chinese module manufacturer Yingli has warned it faces being broken up entirely to satisfy creditors who have already lodged numerous lawsuits against its debt-laden businesses.

“The annual accounts filing lodged today with the U.S. Securities and Exchange Commission spells out the full horror of Yingli’s balance sheet and is a 200-plus page litany of unpaid debts, angry creditors, ever mounting losses and even links to sanctions-busting entities in Syria, Iran and Sudan.” 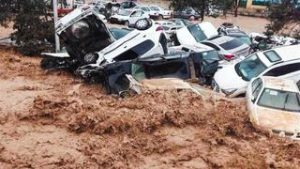 “Six months after the US sanctions came into effect, Iran’s economy appears to be struggling.

“Efforts by the international community to salvage the nuclear deal and provide an economic lifeline to Iran to dampen the fallout of the sanctions have not borne fruit so far and recent devastating floods in the oil-producing southwest of the country have only exacerbated the situation.”

“Hobbled by recession and one of the world’s highest inflation rates, Argentina may be lurching toward the next in a series of economic crises afflicting the country over the last 70 years.

Subscription only but the headline looks interesting: