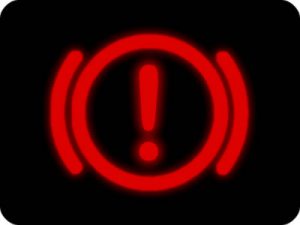 “…warning signs are flashing that another debt crisis is approaching, with concerns being raised not only by development campaign groups but by the International Monetary Fund and the World Bank. The IMF says 40% of low-income countries are either in debt distress or at high risk of being so. The Bank says debt in poor countries is a “rising vulnerability”.

“Explaining how the world came to be on the brink of debt crisis 2.0 is relatively simple. It all began in the depths of the financial crisis just over a decade ago, when the response to the threat of a second Great Depression led to interest rates being slashed, to central banks boosting the supply of money through quantitative easing (QE), and to countries supporting growth through packages of tax cuts and public spending.

“The biggest such fiscal package by far was announced by Beijing and it was instrumental not only in turning round the Chinese economy but also in hastening recovery elsewhere. China’s exceptionally high growth rates meant it needed oil, industrial metals and raw materials, and this was a boon to those developing countries rich in commodities…

“Poor countries, assuming that the commodity boom would go on forever, borrowed in foreign currencies… If another debt crisis does erupt, the international community is not well placed to deal with it. “

“A decade ago, in the midst of one of the worst financial crises in history, a white knight appeared. An enormous Chinese cash injection helped the world economy escape some of the worst pain from the credit crunch. It was a massive fiscal expansion, worth an estimated 7pc of Chinese GDP. Combined with interest rate cuts, it restarted the Chinese economic engine, helping revive others at the same time.

“On the brink of another downturn, a further rescue attempt arrived, as interest rates were slashed, dropping from 6.4pc to 4.7pc in 2015. Lending boomed once more. 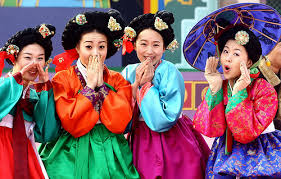 “South Korean exports are seen contracting for a fifth straight month in April but at a slower pace, dragged by plummeting shipments to China and as Sino-U.S. trade frictions take their toll on Asia’s fourth-largest economy.

“Shipments likely shrank 5 percent in annual terms, a survey of 10 economists showed, extending the contraction that began in December. Exports shrank 8.2 percent on year in March.”

“The bleak economic outlook under the shadow of political uncertainty as well as the global economic slowdown has impacted Thai exports and the latest government stimulus is not likely to help much, say experts. The government is expected to present to the Cabinet tomorrow a Bt20-billion economic stimulus package.

“Finance Minister Apisak Tantivorawong had said earlier that the fresh cash injection was necessary to shore up the economy during the period of political transition before the new government takes office.” 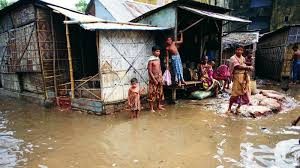 “Bangladesh’s banking sector is facing a serious crisis. A key vulnerability that the World Bank stresses is the growing amount of non-performing loans. 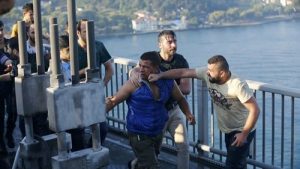 “Yalcin Karatepe, a Turkish economist, estimated the overall number of jobless Turks to stand around 7 million, stressing that the actual situation is more alarming than the authorities have claimed.” 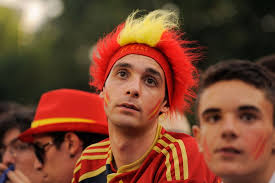 “Spain’s unemployment rate ticked up by a quarter percentage point to 14.7% in the first quarter of 2019, when economists had expected a down tick, as the number of people claiming unemployment benefits increased by 50,000 to 3.35 million…

“…this is the biggest quarter-on-quarter increase in six years and it highlights a persistent weak link in an economy that has done nothing but grow since late 2013.” 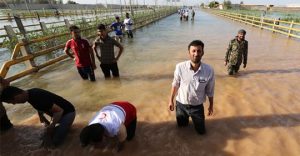 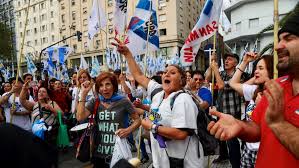 “Argentina’s peso fell back on Friday afternoon to post a record low close, giving up earlier gains after a tumultuous week that saw the currency battered to its weakest ever level and local debt pummeled as anxious investors fled…

“Argentine bonds and the peso have been hammered this week as uncertainty over a biting recession and high inflation frayed investor nerves about political upheaval in Latin America’s No. 3 economy ahead of elections in October.” 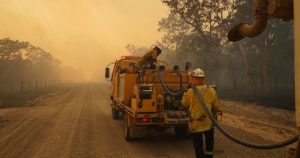 “This second type of climate risk and opportunity – the massive implications of climate change for the financial system – is a fairly new frontier in climate policy.

“It has developed rapidly over the last three to four years internationally, and is now reaching Australia, where both the potential risks and opportunities raised by finance sector and regulatory reforms to address climate change are immense.”

“If we find ourselves in a really serious downturn and conventional measures don’t offer any prospect of success, then it would be defensible to ward off an economic disaster by implementing a money-financed fiscal expansion [MMT].

“But there are severe risks attached to such an approach.”