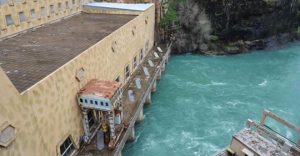 “Weeks of rain compounded by melting snowcaps in neighbouring Turkey and Iran have almost filled Iraq’s four main reservoirs and swelled the Tigris and Euphrates rivers.

“In Samarra, north of Baghdad, water is being diverted into the natural reservoir at Tharthar Lake in amounts unseen in decades, said dam chief Kareem Hassan.

““Today, the Tharthar barrage is seeing the highest levels of water passing through in its history,” Hassan told AFP.

““We haven’t seen such levels pass through the structure since it was founded in 1956, so 63 years.”

“The high levels have put two bridges linking the banks of Mosul under water, leaving truck drivers stranded with goods on either side…

“Water levels in Mosul were also blamed by some for last month’s ferry drowning that killed more than 100 people. Further south, villages and surrounding fields have been flooded, sending farmers into a frenzy.

“The Mosul dam was built atop a bedrock of gypsum, a mineral that dissolves in water. That foundation requires regular cement injections to prevent cracks in the gypsum from expanding.

““If the bedrock settles as a result of cavities, that settlement will translate into damage to the core of the dam which cannot be undone and can possibly lead to catastrophic consequences,” Alwash told AFP on Thursday.

““If the dam fails when it’s full, the area will be under five metres of water,” he said.

“The oil-rich Khuzestan province [of Iran] and its large Arab minority have been hit by major floods since early April due to heavy rains and floodwater rushing down from the north.

“They are the latest in a series of unprecedented floods that have swamped the normally arid country since March 19, killing at least 70 people in 20 of Iran’s 31 provinces. In the absence of adequate resources in place to ease such disasters, people are banding together in towns like Hamidiyeh to battle the overflow.” 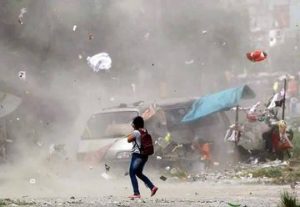 “A deadly storm that tore through Nepal almost two weeks ago was the country’s first ever recorded tornado, say researchers there…

“The government says 28 people died and more than 1,100 were injured in the storm on 31 March, which also damaged about 2,600 buildings and a national park that is listed as a World Heritage Site.

“The storm shifted slabs of concrete 50 metres, which requires a massive amount of power not typical of storms observed in Nepal…” 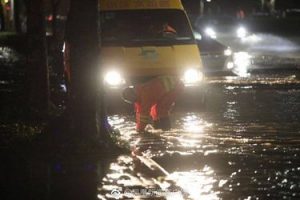 “Seven people were killed in a flash flood in Shenzhen on Thursday night, and four others were missing after a construction company failed to respond properly to weather warnings, local government officials said on Friday.

“The deluge hit four workers in Futian as they were dredging a riverside drain. One of the workers was rescued, while three bodies were recovered on Friday morning.

“A worsening drought in parts of Thailand has prompted monks and conservationists to appeal to city dwellers to temper traditional New Year celebrations, which are marked by people throwing large quantities of water at each other in the streets.” 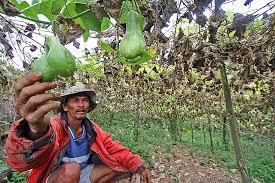 “The City Council [Cebu, The Philippines] passed a resolution declaring a state of calamity, as estimated farm damage from a dry spell reached P27 million.

“Residents of 17 villages are also complaining of lack of water.

“The Metropolitan Cebu Water District (MCWD) started rationing water to affected barangays in the elevated and interior portions of the city.” 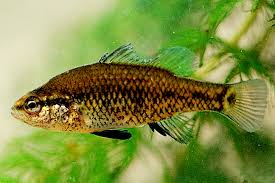 “A freshwater perch could be the first fish species driven to extinction in the Murray-Darling Basin, after repeated surveys have failed to find it.

“The Yarra pygmy perch has traditionally been found in the Lake Alexandrina region near the mouth of the Murray River, but hasn’t been seen there in three years.

“That’s despite extensive searching throughout the region in successive surveys…” 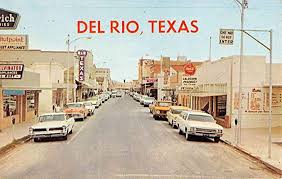 “The 107 degree high temperature in Del Rio [Texas] was the hottest April temperature observed at the climate site since records have been kept. 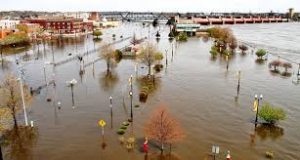 “Areas in the Midwest and Northern Plains that saw record flooding just weeks ago will likely see more. In March, a winter storm brought flooding to the Midwest that broke records.

“Two weeks after the flooding, 10 states — Illinois, Indiana, Iowa, Kansas, Kentucky, Minnesota, Missouri, Nebraska, South Dakota and Wisconsin — had groundwater threatened by bacterial and industrial contamination carried by flood waters. And now, many of those states have been hit again by up to two feet of snow.”

“It didn’t take the City of Wausau [Wisconsin] long to set another single-day snowfall record on Thursday, with 11.3 inches of snow on the ground by 12:06 PM according to the National Weather Service. That breaks a nearly 100-year-old record of 7.9 inches set in 1922.” 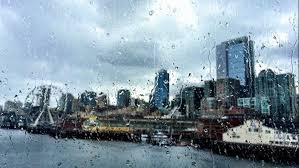 “After an historically snowy February and a record-setting warm March, Mother Nature is completing the weather trifecta in April with the rainiest stretch the Seattle area has seen in 56 years.”

“Anchorage has experienced above-normal temperatures for the better part of two months now. This is due to a persistent ridge in the jet stream…” 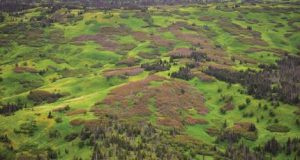 “The Chugach people of southern Alaska’s Kenai Peninsula have picked berries for generations.

“Tart blueberries and sweet, raspberry-like salmonberries — an Alaska favorite — are baked into pies and boiled into jams.

“But in the summer of 2009, the bushes stayed brown and the berries never came. For three more years, harvests failed.” 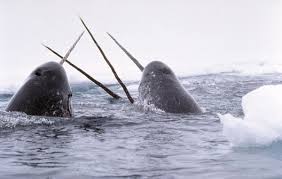 “As of April 9, the Arctic had around 13.6 million square kilometers (5.3 million square miles) of ice cover, putting it firmly below any other year on record for the same time of year, and nearly two weeks ahead of previous early April records set in 2017 and 2018…

“As global warming creates shipping routes that can cut across the northern tip of the planet, a new port is being built on the fringe of the Arctic circle. Germany’s Bremenports has entered a deal to develop a deep vessel port together with Icelandic partners, according to a statement on Thursday… Ships stopping at the new Icelandic port on the island’s northern tip stand to reduce their travel time considerably.” 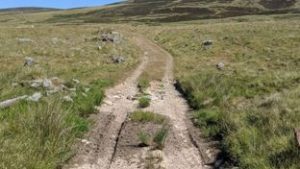 “Scotland’s farmers lost up to £161m last year due to extreme weather, according to an environmental charity. WWF Scotland found the losses equated to about 6% of the total agricultural output of the previous year.

“The livestock sector was hit hardest by the impact of severe snow in March and one of the hottest summers on record.” 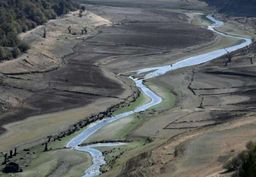 “The flow in the River Tagus [Portugal] has been reduced to a trickle in several parts of its course, mainly because of the drought, raising concerns by local authorities, environmentalists and fishermen…

““At a time like this, with winter having just ended, and the river looks this way, I don’t see anything good in the future and there are another six or seven months without rain until the October rains…”.” 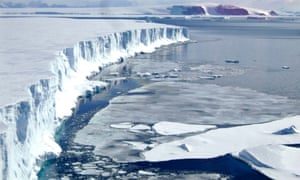 “…the data indicate there are frequent occasions when undiluted deep water up to 1.5°C—some of the warmest ever observed at an ice shelf front in Antarctica—reaches the western Getz Ice Shelf front. 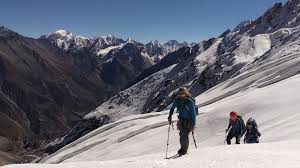 “Microplastics have been found in a mountain glacier for the first time, in the latest sign of how plastics are leaving no corner of the planet untouched.

“The tiny pieces, which measure less than 5 millimetres in length, have shown up in places as remote as Arctic ice before. But now Roberto Sergio Azzoni at the University of Milan and colleagues have found them on a terrestrial glacier.”