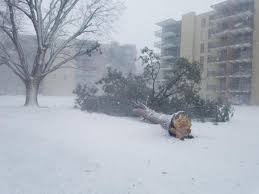 “Just three weeks after one of the most intense storms on record pounded the Plains and Midwest, another “bomb cyclone” of similar strength is in the forecast. The spring storm seems poised to dump even heavier snow and could be followed by another round of significant river flooding.

“For the past few days, various forecast computer models have shown a blizzard of epic proportions for the north-central Plain States and Upper Midwest. Every time a model is updated, the storm depicted seems to get even more intense. At this point, it seems likely that some of the same areas impacted by devastating flooding just weeks ago are about to get slammed by an historic blizzard Wednesday through Friday.” 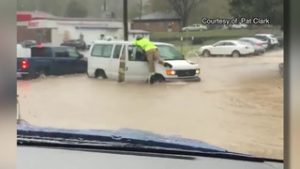 “The slow-moving system that just generated almost 200 reports of damaging storms produced two tornadoes in Texas and one in Mississippi in addition to flash flooding up through Arkansas, which at one point saw 8 inches of rainfall over a very short time period.

“That system today is pushing farther east, with severe storms possibly stretching from the Deep South up into Virginia. Damaging winds, large hail and potential tornadoes remain the key threats. Flash flooding is likely in the South as well.” 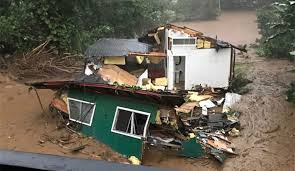 “According to the National Weather Service, Kauai’s north shore received almost 50 inches of rain, setting a new national record for most rainfall within a 24-hour period.

“Harrowing images of the aftermath showed the extent of the storm’s damage, which included bison displaced onto the beach from a flooded ranch and houses drowning under muddy brown water.”

“This Monday we could have the highest temperature values ​​recorded, since there are possibilities that in some areas of the region [of Sonora Mexico], especially the center and south, can reach up to 40 degrees.” 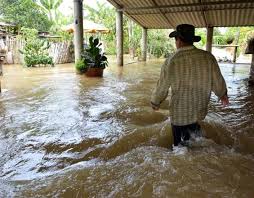 “The heavy rains that occurred in the last hours generated floods and landslides in the municipalities of Corinto and Caloto, north of the department of Cauca [Colombia]…

“The La Cristalina, Chaguadas, La Paila and El Jagual rivers increased their levels, so the authorities adopted the corresponding measures in the event of a major emergency.”

“Civil defense officials have reported that heavy rains in northeastern Brazil have killed at least three people and displaced 3,600, while apparently unrelated flooding far to the south in Paraguay has forced some 20,000 people from their homes.”

“Heavy rains have affected in recent days much of the Magallanes Region [southern Chile], which has generated more than a mishap at different points. As happened, for example, in Puerto Natales, where there have been heavy rains, which have resulted in floods, which have been generated in different sectors.”

“An Autumn heatwave will sweep parts of the east coast [of Australia] this week with temperatures above 30 degrees… The unseasonable heat is expected to remain until Wednesday… However, parts of Queensland will continue its summer-like conditions with the temperature to be in the mid-30s for the week… Meanwhile, northern coastal areas of the Northern Territory are bracing for torrential rain and 100 kilometre damaging winds.” 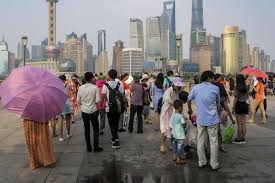 “The temperature in downtown Shanghai on Sunday climbed to 30.5 degrees Celsius, making it the hottest April 7 since the city’s meteorological records began in 1873.

“As the eastern Chinese metropolis was still celebrating a tourism boom on the last day of the Qingming Festival holiday, the unprecedented heat caught many residents and tourists off guard, and the streets were full of people holding their overcoats at hand.” 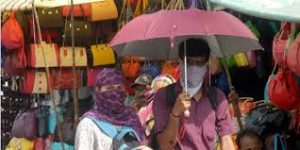 “In the last 24 hours, dry weather and clear sky conditions prevailed over most parts of Rajasthan [India], paving way for hot winds. Many places in the state were under the grip of heat wave like condition, with mercury settling above 40 degree-mark… 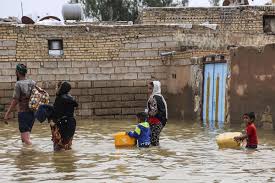 “Authorities in Iran are evacuating six more towns in the flood-hit south-western province of Khuzestan, Iranian state TV has reported. Gholamreza Shariati, the provincial governor, said rescue teams were taking residents to nearby shelters on Saturday, including three army barracks.

“The evacuation orders came as a new round of flooding was expected… Shariati said emergency discharges from dams and reservoirs were adding to the high floodwaters, but such measures were essential to prevent catastrophic breaches, with river waters continuing to rise upstream from the province.” 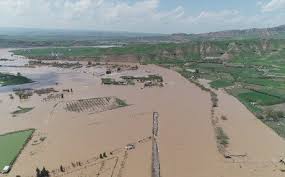 “Water in the Dukan Dam reservoir reached the bell-mouth spillway this week, for just the second time since the dam was constructed in 1959.” 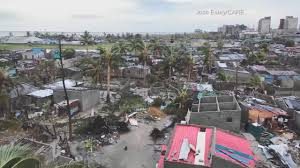 “Hundreds of thousands of people are in need of food, water and shelter after Cyclone Idai battered Mozambique, Zimbabwe and Malawi.

“As of Sunday, at least 847 people had been reported killed by the storm, the flooding it caused and heavy rains before it hit. Following is an outline of the disaster, according to government and United Nations officials…”

“As eastern Zimbabwe struggles with the aftermath of floods that have killed nearly 270 people and destroyed homes and roads, other parts of Zimbabwe are facing a very different crisis: too little water. Lake Chivero, the main source of water for the capital Harare, is at just 60 percent of its usual capacity at this time of year, following poor rains, said Richard Kunyadini, Harare City Council’s water manager. The city’s two other dams, Harava and Seke, are just 7 percent full, he said.” 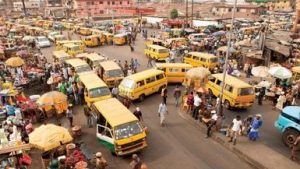 “Nigeria has been in the grip of an intense heatwave over the past few weeks, with meteorologist saying there is no relief in sight until the seasonal rains set in next month.

“The extreme heat has been in place since March, with the Nigerian Meteorological Agency (NiMet) saying last week that the heatwave has been affecting most parts of the country…”

“Water. It’s everywhere. As a country with clean water supply all around the archipelago [Malta], it’s easy to take it for granted. But the current situation for our groundwater is anything but refreshing… Put simple, we’re sucking up too much water.” 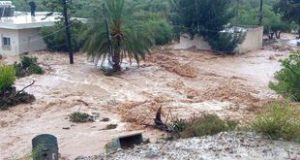 “Heavy rainfall early on Saturday led to roads and bridges flooding in the Cretan prefecture of Iraklio. In Lasithi meanwhile, floodwater trapped several people in their homes, taxing the EMAK rescue services and regional firefighting services who received numerous calls…

“The bad weather also caused problems in other parts of [Greece], with damage reported in the Peloponnese and blackouts in several parts of Attica including Neos Voutzas and Mati, the towns that were ravaged in last summer’s disastrous wildfire.” 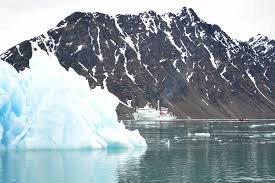 “…in 2013, the outlet glacier of the Vavilov Ice Cap began sliding at an unbelievable pace.

““The fact that an apparently stable, cold-based glacier suddenly went from moving 20 meters per year to 20 meters per day was extremely unusual, perhaps unprecedented,” said University of Colorado Boulder glaciologist Michael Willis. “The numbers here are simply nuts. Before this happened, as far as I knew, cold-based glaciers simply didn’t do that…couldn’t do that.”” 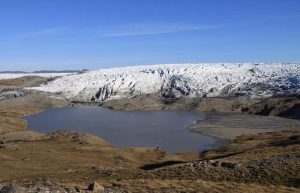 “Severe and erratic weather patterns across the world could be down to increasing air temperatures in the Arctic, according to new research.

“More intense storms and cold snaps in northwestern Europe could be caused by the North pole warming faster than anywhere else in the world. This change, along with greater rainfall in the region, is causing physical changes like ocean circulation which are destabilising a wide variety of localised weather effects across the world.”