“Fears of global recession continued to spook equity markets this morning, with stocks in Asia down sharply and those in Europe sliding.

“Investors ditched shares and fled to the safety of bonds as risk assets fell out of favour on growing fears of a recession in the United States, sending global yields plunging.

“Concerns about the health of the world economy heightened last week after cautious remarks by the US Federal Reserve sent ten-year treasury yields to the lowest since early 2018.

“US ten-year treasury yields were 1.9 basis points below three-month rates after yields inverted for the first time since 2007 on Friday. Historically an inverted yield curve, where long-term rates fall below short-term rates, has signalled an approaching recession.” 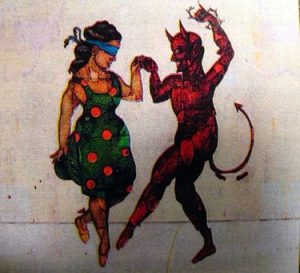 “Wherever you look in developed markets, sovereign bond yields are at their lowest levels in years as traders ratchet up bets that major central banks will be easing.

“Yields in Australia and New Zealand dropped to record lows after a closely-watched part of the U.S. curve inverted on Friday as investors wager that the Federal Reserve will need to cut rates. Trading volumes in Treasury future were double the norm during Asian trading, while Japan’s 10-year yields fell to the lowest since 2016.”

“This was supposed to be the year when, more than a decade after the crisis, the world made some progress in unwinding the unconventional policies that encouraged excessive risk-taking and shifted the global financial system onto sounder footings. That moment now appears to have been pushed further away and the economic downturn that seems to be developing might well force a fresh burst of GFC-inspired policies.” 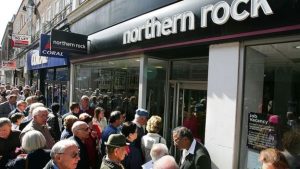 “Britain’s escalating national emergency over Brexit has led optimism in the financial services industry to plunge at the fastest rate since the financial crisis, according to a business survey.

“In the latest warning that the political gridlock over leaving the EU is damaging the economy, the survey of City banks, investment managers and insurance firms from the Confederation of British Industry (CBI) and the accountancy firm PwC suggests companies are the most gloomy since December 2008…”

“I do not like calling “Wolf” but we may be headed for a crisis.

“My gravest concern is the European banks and the European bonds currently governed under British law. Both could be in serious trouble.

“European banks are poised to underperform in 2019 thanks to their inherent issues that not even the ECB, with their zero cost money, can cover up.” 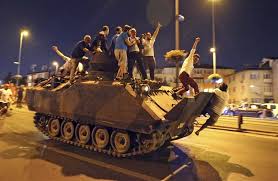 “What should be a humdrum local election for district mayors and municipal councils in Turkey has become fiercely contested, fought in the wake of the country’s economic crisis.

“On Sunday, though he is not running for office, Mr Erdogan spoke at an Istanbul rally that drew a purported 1.6 million supporters, vowing to increase tourism numbers to help the city’s economy.” 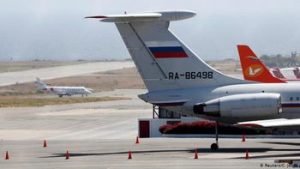 “Javier Mayorca, a Venezuelan journalist, wrote on Twitter that he saw about 100 troops and 35 tonnes of equipment offloaded from the planes.” 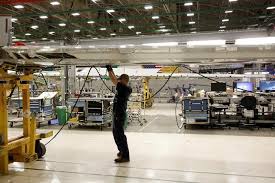 “Since the start of the year, some of the most visible companies in the US have warned growth is cooling in one segment or another of their businesses — at a time when global economic growth is under a microscope.

“Apple set the stage back in January with a revenue warning. Then weeks later, the industrial giant Caterpillar said its outlook for this year assumed “modest” sales growth. Amazon offered weak sales guidance in February, and FedEx said this week that its sales and profits came up short due to macroeconomic weakness.”

“Nick Tolchard, head of Invesco’s Europe, the Middle East and Africa fixed income division, writes in the report that “respondents broadly view global economic conditions as being late-cycle – expecting an end to the long-running global expansion within one to two years”. In particular, investors said they see high levels of government debt, brought on following the financial crisis and as a result of ongoing structural fiscal deficits, as the main risk.” 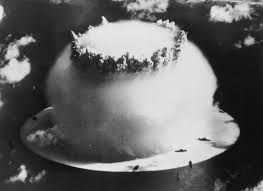 “US corporate debt, excluding debt by banks – so “nonfinancial” corporate debt – has surged in recent years by all measures and to such an extent that it was featured prominently in the Fed’s Financial Stability Report, in terms of what might trigger the next financial crisis. The Fed is counting total nonfinancial business debts, which include the debts of businesses that are not incorporated. It found about $17 trillion in debts…

“As the outlook for the world’s economic growth worsens, the British-based Economist Intelligence Unit has identified the global economy’s top 10 risks in 2019…

“There were a number of risks in three key areas that could drive growth even lower than what was forecast in 2019 and 2020.”