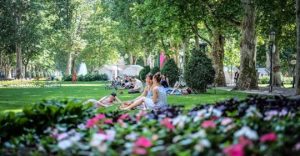 “Today was the warmest February day on record in parts of Croatia today as spring arrived early.

“The 28th of February 2019 will go down in history as the warmest February day since measurements begun for parts of Croatia, according to provisional temperature measurements at a number of weather stations.

“The last day of the month saw the warmest ever February day ever recorded in the central Croatian city of Sisak when temperatures climbed to 23.5 °C. There were other records across the country, including in the capital Zagreb where a high of 23.2 °C was measured at the airport.” 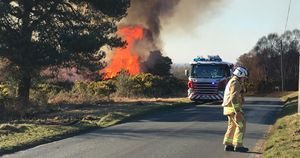 “According to the Emergency Management Service of the EU agency Copernicus as of today, March 1, there have been 480 wildfires in 2019 across Europe… this corresponds to the number of fires usually recorded mid-August.” 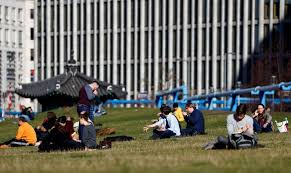 “Politicians and business leaders alike are expressing concern about damage to the economy that’s unfolding now for a trend that many had thought would take decades or even centuries to unfold.” 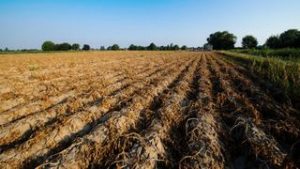 “Following the unusually dry summer of 2018, harvests in Germany of nearly all types of vegetables have declined by 14 percent in yields and decreased to a total of 3.3 million tons, the Federal Statistical Office announced on Thursday.

“The harvest of legumes such as lentils and beans in particular fell sharply by 25 percent to a total of 65,400 tons. Harvests of all types of cabbage only yielded 730,400 tons, which was a significant decline of 21 percent in an annual comparison.”

“Crisp prices are set to soar due to a potato shortage caused by last year’s heatwave. Brands including Walkers, Wotsits and Hula Hoops are affected by the shortage, according to trader publication The Grocer. Own-brand packets from UK supermarkets like Tesco, Asda and Morrisons are also likely to be hit by the price hike. UK farmers and growers warned of the crisis last October, after revealing that potato crops were down by one third.” 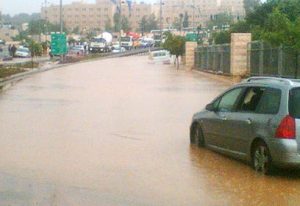 “One-quarter of city’s average annual rainfall hits Jerusalem in a single day, leading to flooding and multiple dramatic rescues throughout the capital…

“Some 1,200 trapped students were evacuated Thursday from a school in southern Jerusalem that was cut off by flooding across an access road, amid unseasonal rains in the capital.” 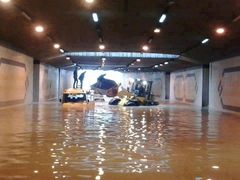 “Cars were washed away and people rescued after a deluge filled the Jordanian capital’s roads with water. Several vehicles broke down in the streets, causing traffic to stop, Amman News reported.”

“March is definitely coming in like a lion over the next few days. First, a winter storm will spread snow along a 2,500-mile path from Friday through Monday, all the way from California to Maine… Also this weekend, a ferocious, “punishing” blast of record cold air will first invade the central U.S. Saturday into Sunday, then attack the eastern and southern U.S. early next week…” 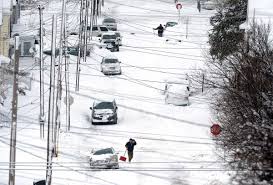 “…in the past month, four snowstorms hit the Pacific northwest in nine days and Seattle ran up the highest February snowfall totals in decades.

“In the usually arid southwest, Flagstaff smashed its single-day snowfall record and Las Vegas recorded a measurable amount of snow for the first time in a decade. The snow anomalies reached all the way to Hawaii.” 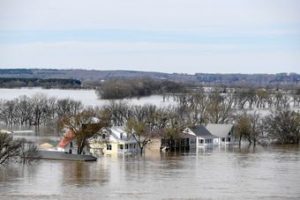 “Dozens of towns and cities in multiple regions of the US have clinched their wettest February ever recorded.

“In the northern United States, two to three times the normal amount of precipitation has fallen.” 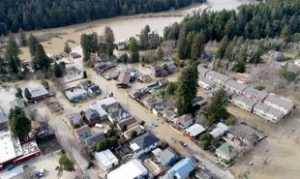 “The river frequently floods in rainy weather but it had not reached that level in 25 years… the community of Guerneville, “has essentially become an island,” the Sonoma county spokeswoman, Briana Khan, said.” 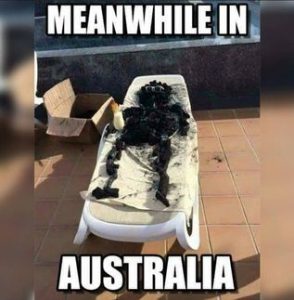 “A bout of “extreme heat” is nearing its peak across Australia’s southeast… Adelaide and parts of western Victoria could top out at 40C both today and tomorrow. The scorching highs have come as the Bureau of Meteorology confirmed on Thursday that, nationwide, Australia had just sweated through its hottest summer on record.

“Individually, both Canberra and Hobart recorded their hottest-ever summer seasons. And forecasters have said the hot conditions aren’t letting up with heatwaves likely to be a feature of March.”