Climate 28 Feb 2019 February Weather Records Fall Across the US 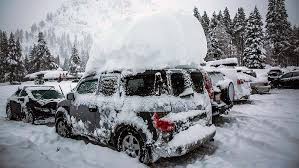 “Records have been broken for snow, rain and heat from Oregon all the way to Florida for the month of February…

“…Heavy rainfall in February that impacted the mid-South and Ohio Valley set numerous records as the wettest February recorded.

“While the cold and snow continues for Northern Michigan places like Florida have been enjoying 90 degrees in the middle of winter.” 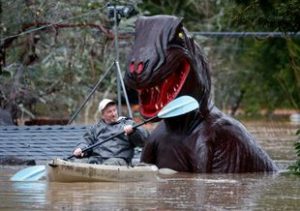 “Rivers swollen by days of heavy rain inundated portions of northern California on Wednesday, forcing hundreds of people to flee their homes. However, about half of the 4,000 people ordered to leave have refused to do so.

“”We want you to leave now,” Sonoma County Sheriff Mark Essick urged. “The roads may become impassable and you may not be able to get out.”” 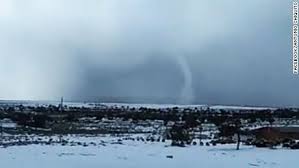 “Sure enough, Chiquito’s suspicions were correct: It was a tornado.

“At first, he was a little frightened, but surprisingly not shocked. He had seen twisters in Tinian before but never following a snow squall…”

“Today, the Barnes Ice Cap, a glacier about the size of Delaware on Baffin Island in Canada, is the last remnant of the mighty Laurentide Ice Sheet.” 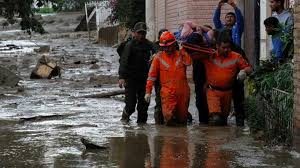 “The Government of Bolivia declared a national emergency…

“…as a result of floods, roadblocks and other disasters caused by heavy rains that have already left at least 25 dead and 27 missing throughout the country, said the Minister of Defense , Javier Zavaleta.” 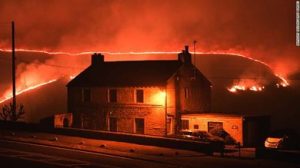 “Record-breaking temperatures [in the UK] have put the current month on course to be the warmest February since records began, the Met Office said…

“Forecaster Becky Mitchell said it would be “exceptional” to beat the 1998 record given the chilly start to the month.” 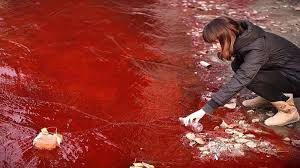 “Sand blown from the Sahara Desert will fall on parts of United Kingdom tomorrow creating a phenomenon known as ‘blood rain’ – just one day after the dust cloud sparked a pollution alert for large parts of the country.

“The intriguing spectacle is caused when dust mixes with rain and causes the downpour to be slightly different in colour, ranging from a light orange haze to a full-blooded red.” 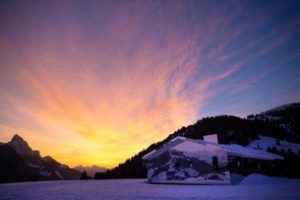 “Parts of Switzerland experienced the second mildest winter since records began, according to the meteorological office.

“Temperatures were one degree Celsius higher across the country compared to the 1981-2010 average, but areas south of the Alps were even more abnormal.” 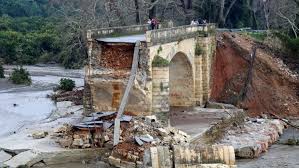 “The island of Crete is today trying to recover from several days of severe flooding, which has washed away at least half a dozen road bridges in the west of the island, as well as scores of acres of farmland…

“The heavy downpours in Crete were part of an icy weather system descending on Greece, which saw record snowfalls in many inland areas and even some Aegean islands.” 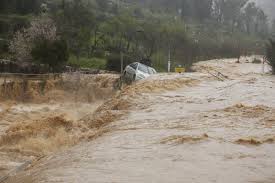 “The year has brought an unusually harsh winter in Israel, with ample precipitation, strong winds, and relatively cool temperatures.At the start of the year, powerful storms hit Israel that led to extensive flooding in coastal and low-lying regions.

“The United Nations on Thursday launched an international appeal for aid for Zimbabwe following a drought that it expects to affect around a third of the population as crop yields plummet. Seasonal rains have been patchy at best, hitting the harvest of the staple maize crop and deepening an economic crisis marked by an acute dollar crunch that has already led to shortages of medicines, fuel and food.” 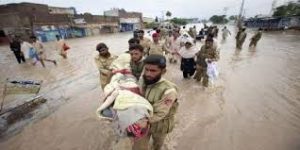 “Another major winter storm will strike areas from Afghanistan to Pakistan and northern India later this week following weeks of unsettled weather. One of the strongest storms of the season caused at least 26 fatalities due to flooding in Pakistan last week.

“Flooding will once again be a concern as a storm brings heavy rain, thunderstorms and heavy mountain snowfall to the region from Thursday night into Saturday.”

“Continuing drought will further burden the already depleting groundwater resources of the country [India], according to associate professor Vimal Mishra. Nearly 50% of the country is currently facing drought with at least 16% falling in the “exceptional” or “extreme” category, according to IIT Gandhinagar scientists managing India’s real time drought prediction system.” 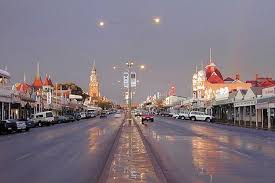 “Kalgoorlie [Western Australia] has smashed its February temperature record with a sweltering 45.3C on the last day of summer. 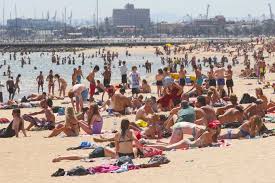 “Extreme temperatures are expected to hit the nation’s south with a record breaking heatwave to grip South Australia, Victoria and Tasmania.

“The weather bureau has declared an extreme heatwave emergency for South Australia with authorities warning vulnerable people to stay vigilant. Tasmania firefighters will also remain on high alert with a total fire ban in place for the weekend.” 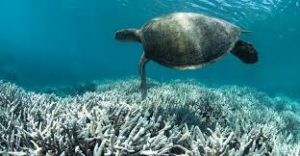 “The decrease in fish species diversity likely occurred because the cyclones and bleaching events destroyed coral tissues, causing some fish to perish while driving others to unaffected reefs. This dispersal of fishes to other reefs can have cascading effects on the recovery of damaged reefs.”